Home » TV and Movies » Nancy Drew Season 2 release date and cast latest: When is it coming out? 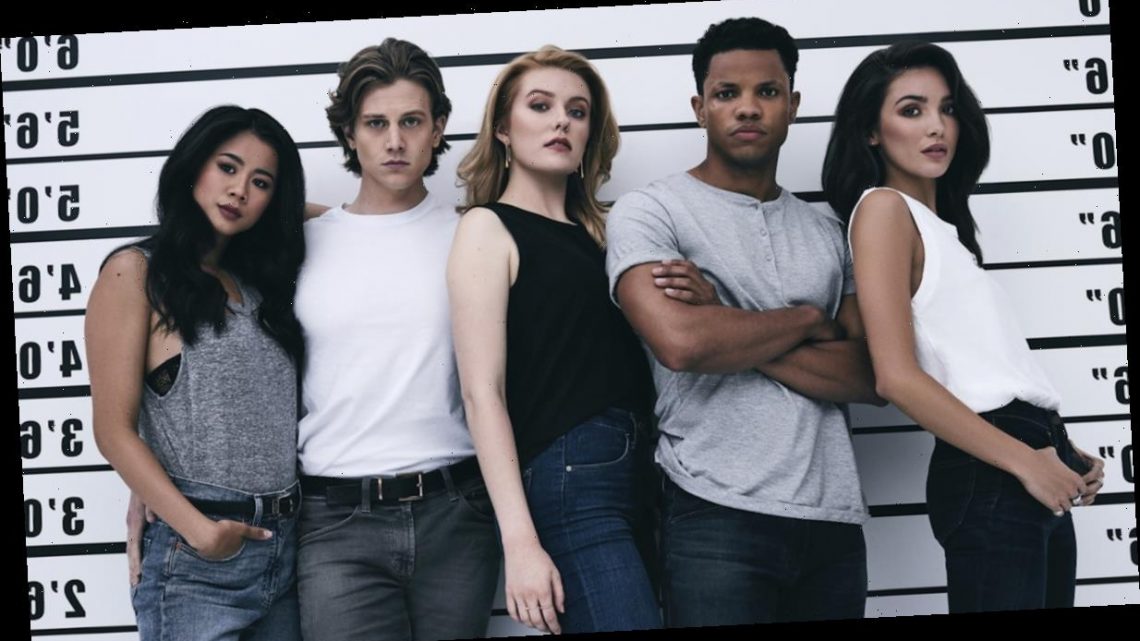 Nancy Drew Season 2 release date and cast latest: When is it coming out?

Nancy Drew is a mystery series on The CW based on the classic young adult mystery novels by Edward Stratemeyer.

The series, which launched in 2019, took the idea of the teenage detective and added a mix of supernatural to it. It proved to be a big hit on The CW and picked up a second season run.

Here is everything we know so far about Nancy Drew Season 2.

This article provides everything that is known about Nancy Drew Season 2 and all related news. As such, this article will be updated over time with news, rumors, and analysis. Meanwhile, let’s dig down into what is known so far.

Is there going to be a Season 2 of Nancy Drew?

The CW renewed several shows in January 2020, including Nancy Drew.

“These early orders for next season give our production teams a head start in plotting out story arcs and a jump on hiring staff, and this also provides us with a strong foundation of established, fan-favorite CW shows to build on for next season,” said The CW president Mark Pedowitz.

“We’ve been thrilled with the creative direction of all three new series, and even though we are in the very early stages of our new full-stack streaming strategy, which allows viewers to catch up on our new shows from the beginning, we’re already seeing incredibly positive results from our multiplatform viewership for Nancy Drew and Batwoman.”

Release date latest: When does Nancy Drew Season 2 come out?

The first season of Nancy Drew concluded on April 15 with its 18th episode. This was an early ending for the season, caused by the coronavirus pandemic.

The show is set to premiere Season 2 in January 2021, when the entire lineup of The CW series launch for the new television year.

Kennedy McMann returns to lead the way as Nancy Drew.

Leah Lewis returns as George Fan, whose clairvoyant heritage will emerge through her encounters with the paranormal.

Maddison Jaizani is back as Bess Marvin, a con artist and heiress with multiple lady admirers.

Tunji Kasim is back as Ned “Nick” Nickerson, Nancy’s ex and George’s boyfriend, a gifted mechanic with a tragic past.

Alex Saxon is back as philosophical slacker Ace, whose computer-hacking skills have caused secret troubles that will soon be exposed.

The CW released an official synopsis for Nancy Drew Season 2.

In Season 1, the Drew Crew helped Nancy discover that Lucy Sable, the ghost haunting her all season, was her biological mother, and her biological father was corrupt billionaire Ryan Hudson.

Season 2 is a direct pick up from Season 1, spanning the autumn of 2019, which is during Nancy’s gap year before college.

Ryan attempts to redeem himself through a father-daughter bond with Nancy while keeping her parentage a secret from the rest of his powerful family.

Nancy will also find a way forward with adoptive father Carson Drew, as she becomes an investigator for his legal practice.

“Her adventures will bring the Drew Crew new standalone cases, new romances, and emotional journeys of self-reinvention as Nancy tries to navigate with both her biological parent and the man who raised her – but the compounding intrigue and menace of the Hudson family will ultimately force her to make a life-altering choice between her two fathers.”

“It’s essentially a dad triangle now, heading into Season 2. I think there’s an opportunity to explore the authenticity as a parent when you let down your kid” EP Melinda Hsu Taylor said. “We want [Nancy and Carson] to get back to the good place they’re in, in the books.”

According to Landau, Nancy Drew Season 2 will also keep the theme of supernatural forces introduced in the first season.

“There will always be a supernatural presence in the show. It can come in many forms. It will always be rooted in something human and earthbound that’s happening in Nancy’s life and Horseshoe Bay as a town.

We’re going to keep delving deeper and deeper into that genre aspect of the show as we move into season 2.”

However, no matter how far into the supernatural it goes, the showrunners want to keep it grounded in reality.

“The world opens up more and more in Season 2 when it comes to the supernatural, but the guiding principle is always, what is the [metaphor] we’re telling the story about?” she said, mentioning the #MeToo movement as an example.

“It’s important to always ground the supernatural in some human truth.”

Nancy Drew Season 2 is scheduled to premiere in January 2021 on The CW.

Michael Keaton Finally Reveals Who He Thinks is the Best Batman, But Refused to Confirm His Return to the DCEU