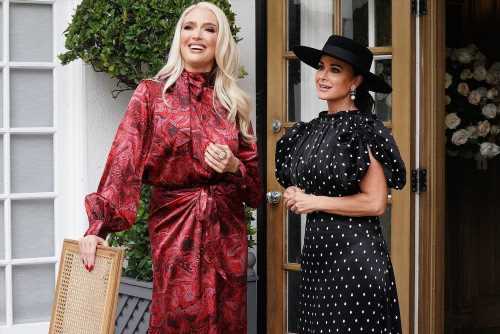 NBCUniversal has taken viewers to a little house near Walnut Grove, Minn., a police station on Hill Street and to whatever locale hosts the Olympics. Now the media company just wants to take people shopping.

The company plans to launch an interactive livestreamed shopping show over three of the holiday season’s heaviest days, using Instagram, Facebook and Comcast’s Xfinity cable system, and also expects to debut an online bazaar where consumers can purchase goods affiliated with various stars of shows on the company’s Bravo cable network. “People come to our platform to be entertained, but we do have tremendous ability to inspire them to go shopping,” said Josh Feldman, chief marketing officer of NBCUniversal’s advertising and partnerships unit, during a presentation Tuesday.

The Comcast-owned media conglomerate has pursued a new stream of commerce revenue for months, and the new efforts are part of a broader bid by the company to find new monies as the entertainment sector is starting to rely more heavily on mobile viewing and streaming video. Traditional areas of revenue, such as syndication and advertising, are in flux as consumers migrate to new technologies, and as such, NBCU has placed new emphasis on developing online retail opportunities and, more recently, exploring its ability to generate alternatives to the traditional data the industry employs.

Its latest retail efforts will kick off over Thanksgiving weekend, when shopping for the holidays typically gets into high gear, The company will launch “Impulse Try With Remi Bader,” a livestreamed program during which participants will explore shopping possibilities — and viewers can purchase items under discussion via digital means. The program will feature Bravo stars including Jill Zarin, Reza Farahan and Meredith Marks. The program will stream across Instagram handles controlled by Bravo and E!, as well as on Facebook and Xfinity, and will subsequently appear on the NBCU video-streaming hub Peacock and in paid programming time on Bravo that is typically sold to backers of infomercials.

The show will stream first on Nov. 26  — Black Friday — and appear again on Nov. 27 and Nov. 29. Promos drawing attention to the non-traditional offering will appear on various NBCU networks, and Bader, a model and influencer, will make appearances on various NBCU programs, including some of its syndicated ones, said Feldman.

The Bravo Bazaar launches Tuesday, and can be found at bazaar.bravotv.com. Audiences can gain access to an interactive shopping experience that uses augmented reality and to shop for items that are curated from such Bravo programs as “Below Deck,” “Southern Charm” and “Real Housewives,” among others. Executives expect to update the site with items from other programs. The new Bazaar will run throughout the year.