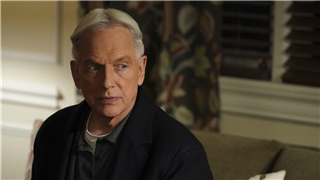 The network announced on Friday that it has given a series order to the franchise’s latest spinoff. The news was made official on CBS’ official Twitter account, which was combined with the announcement of a season 13 pickup of NCIS: Los Angeles.

“We have officially renewed @NCISLA and ordered #NCISHawaii for the 2021-22 broadcast season. Get ready!” read the tweet.

****BREAKING NEWS****
We have officially renewed @NCISLA and ordered #NCISHawaii for the 2021-22 broadcast season. Get ready! pic.twitter.com/FUtucK7SIb

The original story below:

There may be a new NCIS coming to TV.

CBS is developing a third NCIS spinoff series, this time moving the action to Hawaii, ET can confirm.

If the potential series moves forward, it would mark the franchise’s fourth show, alongside the flagship series and offshoots NCIS: Los Angeles and NCIS: New Orleans.

According to The Hollywood Reporter,NCIS: NOLA showrunner Chris Silber would also spearhead the Hawaii spinoff, which hails from CBS TV Studios.

NCIS, one of CBS’ biggest international hits and the most-watched series on TV, is a spinoff of JAG and introduced several key characters, including Mark Harmon’s Jethro Gibbs, in a two-episode arc in 2003. The flagship series, currently in its 18th season, later spun off NCIS: LA in 2009, which is in its 12th season, and NCIS: NOLA in 2014, which is currently in its seventh. (Former JAG stars David James Elliott and Catherine Bell briefly reunited on NCIS: LA in 2019.)

The news of another NCIS spinoff comes after the flagship series revealed the tragic fate of one of its characters in its latest episode.

For more on the franchise, watch below.