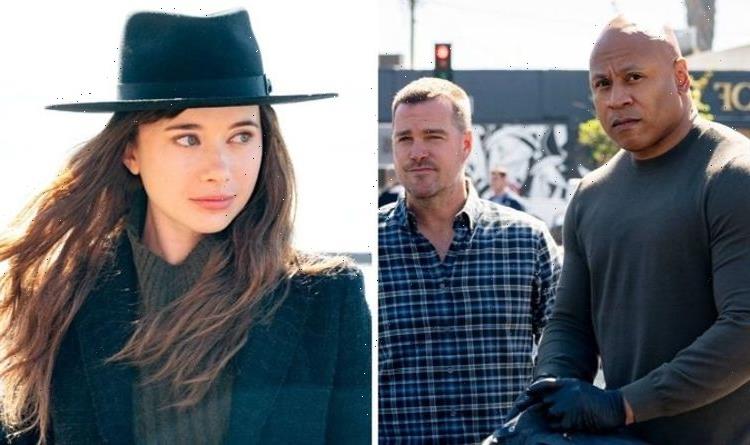 A brand new promo for the next episode of NCIS: Los Angeles, ‘Subject 17’, has previewed another tough case for the NCIS team. Special Agents G Callen (played by Chris O’Donnell) and Sam Hanna (LL Cool J) are stunned to learn an old enemy is back and has been apprehended by the CIA in the CBS drama.

The popular NCIS spin-off is finally returning with a bang this weekend after fans said goodbye to Nell (Renée Felice Smith) and Eric (Barrett Foa) before the summer.

Ahead of the highly anticipated premiere, a short scene from the upcoming opener has given fans a taste of what’s to come.

In the new clip, Fatima (Medalion Rahimi) brings up some footage of a pair of familiar faces engaged in a tense brawl outside a Trader Joe’s.

After wrongly assuming an argument between two ‘soccer moms’ had simply gotten out of hand, the footage zooms in to confirm Zasha is back in the picture.

Moreover, rival agent and Callen’s ex-girlfriend Joelle Taylor (Elizabeth Bogush) seems to be the one who initiated the confrontation.

Zasha nearly managed to sabotage the team last season as Callen was framed for being a Russian spy.

Just before he rendezvoused with a captain who could prove his innocence, he was poisoned and Zasha fled the scene.

However, Joelle appears to have beaten the NCIS to the punch and kidnapped the Russian agent in her desperate search for answers.

Unfortunately, her unorthodox tactics could land her in hot water with her CIA superiors.

Callen explains: “She’s desperate.” When Fatima asks what for, he clarifies: “Revenge.”

Joelle will clearly stop at nothing to get back at the Russians who captured and tortured her last season.

Kidnapping Zasha could hopefully lead her directly to Katya, to whom she was offered up as bait before she eluded capture.

On the other hand, her plan of attack could lead both the NCIS and CIA directly into yet another Russian trap.

Callen was separated from the team for much of last season as he was suspected of working with the enemy agents.

Zasha’s return at the start of the season could threaten to break the team apart yet again as the Russians try to get their hands on Callen once more.

The team leader will have his fellow agents behind him heading into the new season, but his enemies will surely stop at nothing to dismantle the Los Angeles task force.

Can Joelle finally hunt down her captors with a little help from Callen and the team?

Or will her quest for revenge force the Russians to retaliate with even greater force than before?

'House of the Dragon': How Daemon Targaryen Is Related to His Wife, Rhaenyra
Recent Posts