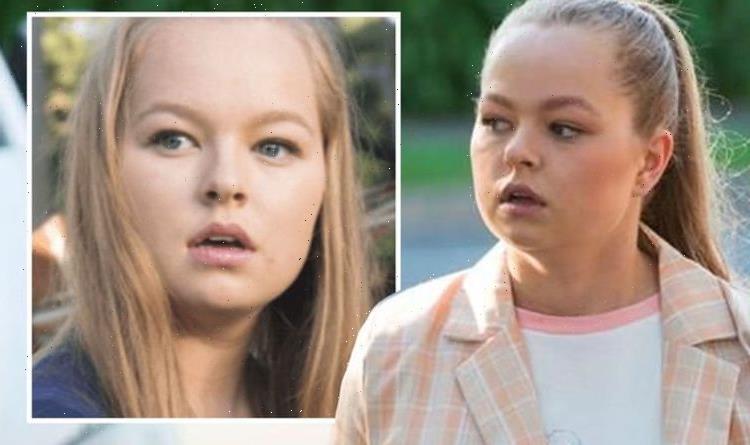 Neighbours: Pierce and Dipi are confronted over their affair

Harlow (played by Jemma Donovan) has been a familiar face on Neighbours for two years and in that time, she has been at the centre of several high-profile storylines. Most recently, the character has undergone a change as it seems bosses of the Channel 5 soap are planning on making her a lot more grown-up. However, after discovering a secret Mackenzie Hargreaves (Georgie Stone) and Hendrix Greyson (Benny Turland) were hiding from her, the high flyer in academics could decide to make a fresh start away from Ramsay Street.

Before her recent romance with Brent Colefax (Texas Watterson), Harlow was besotted in her relationship with Hendrix.

Unfortunately, his troublesome ways and reluctance to get on with her grandfather, Paul Robinson (Stefan Dennis) drove the youngsters apart.

With her mind focussed on her most recent boyfriend’s troubles, the teenager has completely missed the sizzling chemistry bringing between her ex and best friend, Mackenzie.

During Tuesday’s episode of the weekday serial drama, she finally discovered the truth after walking in on the pair in a compromising position.

Initially, Harlow was furious with her friend for keeping this information from her, making Mackenzie feel extremely guilty. 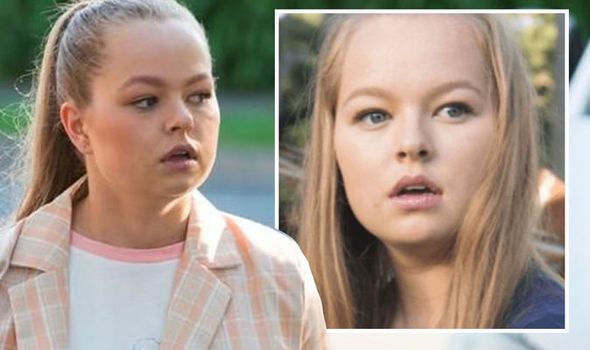 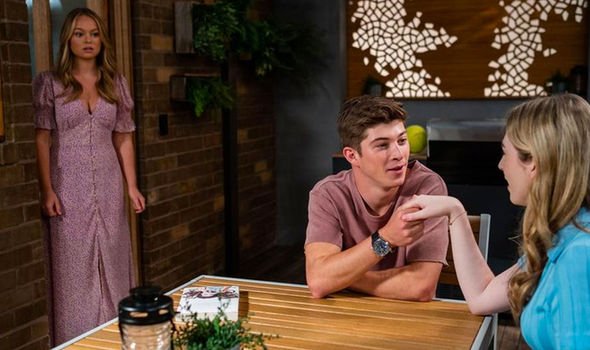 By the end of Tuesday’s instalment, Harlow had got her head around the idea her best friend was falling for her ex-boyfriend.

Though, she has recently had to say goodbye to Brent after it was revealed he had joined the army to avoid a lengthy jail sentence to reprimand him for his troublesome ways.

Reconsidering her life on Ramsay Street, the youngster could begin to contemplate moving away and getting away from all the drama she’d been involved with.

Having originally moved from the UK to Australia, the teenager could move back to London, a place where she feels more connected to her late mother.

Unfortunately, this will leave her loved ones heartbroken but will they accept her decision to better her life? 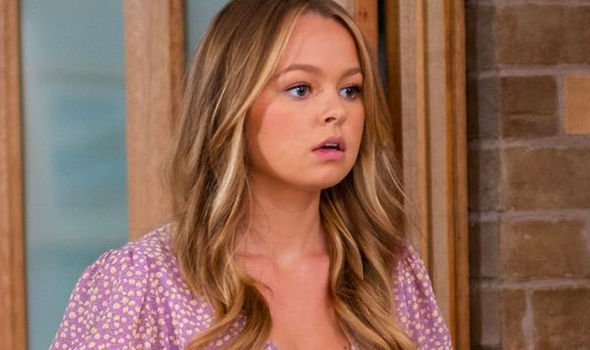 It’s bound to be complicated

Speaking exclusively with Express.co.uk, the actress who plays Mackenzie, Georgie, teased the fallout from her character’s sordid secret being revealed.

The soap star explained: “As you’d imagine with dating your best friend’s ex, or even thinking about them in that way it’s bound to be complicated.

“So, Mackenzie, she sets out to try and find a way to make sure that everyone’s happy and she doesn’t want to lose her friendship with Harlow as she cares a lot about her.

“And the last few months, there’s been a bit of a divide, a bit of distance between Harlow and McKenzie and so she’s been trying to bridge that gap.

“She’s been trying to feel that closeness again. So she puts off telling Harlow because she is in a very difficult, dark place right now with Brent.” 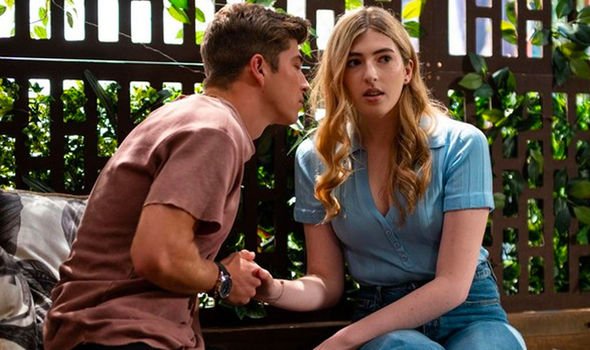 “But then when it does come out, it comes out in the worst possible way, and it all sort of blows up,” Georgie added.

“So yeah, it’s quite difficult not just because of the Hendrix stuff, it’s the last few months of McKenzie and Harlow sort of having grown distant from each other.

“It’s all sort of disgusted and I suppose it’s about trust and the trust between the friends has been tested in multiple ways.

“Not just with McKenzie and Hendrix so that comes to a head a little bit and it’s all addressed and let’s see what happens.”

The soap star also addressed if there is going to be a future for her character and troublemaker Hendrix.

“If they ever told me that we’re breaking it up, I’ll probably cry again and I’ll be very disappointed.

“Because I would spend like five days a week [getting] invested in our characters’ lives and I care a lot about McKenzie.

“I want what’s best for her and I’m very protective of her and so for me, I would really like this to be for the long haul.

“But who knows what will happen. At Neighbours, the writers are very good at causing chaos. So we’ll see what happens.”

If Harlow doesn’t leave, it seems romance could be on the cards for Harlow with another Ramsay Street resident, in a very unconventional way.

Upcoming scenes will see her lie to Paul that she has broken up with Brent and he suggests she goes on a date with newcomer Jesse Porter (Cameron Robbie).

They both agree to be each other’s fake lovers as the newcomer has just started a romance with school teacher Curtis Perkins (Nathan Borg).

This plot twist will come as Harlow also flirts up a storm with fellow singleton, Levi Canning (Richie Morris).