Home » TV and Movies » Never Mind The Buzzocks first look: Intros round is back and chaotic as ever 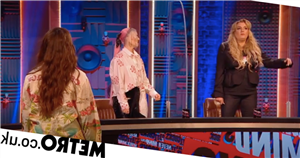 Never Mind The Buzzocks first look: Intros round is back and chaotic as ever

The first look at the Never Mind The Buzzcocks reboot is here, and it looks as ridiculous ever.

It was confirmed earlier this year that after six years off the air, the music panel show is being revived by Sky, with Greg Davies as host and Daisy May Cooper and Noel Fielding as team captains.

The first clip from the series was aired at Edinburgh TV Festival, and good news – the intros round is back with a bang.

Little Mix’s Jade Thirlwall and Anne-Marie are the first celebrity guests on Daisy’s team, and Jade is tasked with guessing what song intro the girls are attempting to perform.

But Daisy and Anne-Marie’s manic beginning leaves Greg, Noel, regular guest Jamali Maddix and guest Nish Kumar in hysterics, with Nish having to face the wall to stop laughing.

Eventually, Jade manages to guess the right answer – Cyndi Lauper’s Girls Just Wanna Have Fun – which is nothing short of a miracle. 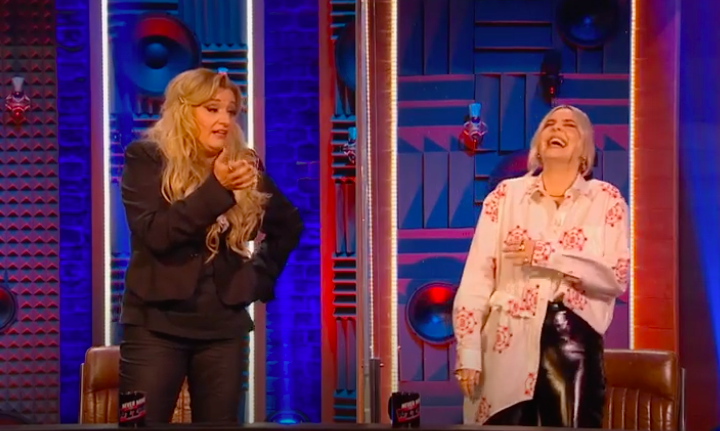 Buzzcocks will run for eight 45-minute episodes, plus a Christmas special, and will air on Sky Max and NOW as a Sky Original.

Director of Sky Arts and Entertainment for Sky, Phil Edgar-Jones said Never Mind The Buzzcocks is ‘one of those truly iconic shows’ and said the show’s return is ‘a buzz and a treat for lovers of tuneless humming everywhere.’

Never Mind The Buzzcocks originally ran on BBC Two between 1996 and 2015, and was first hosted by Mark Lamarr before Simon Amstell took over.

Fielding is the only star from the original series returning to the reboot.

The chaotic show delivered some truly iconic moments over the years, notably when Samuel Preston from The Ordinary Boys stormed off set after Amstell poked fun at his then-wife Chantelle Houghton’s autobiography.

Never Mind The Buzzcocks will air this autumn.