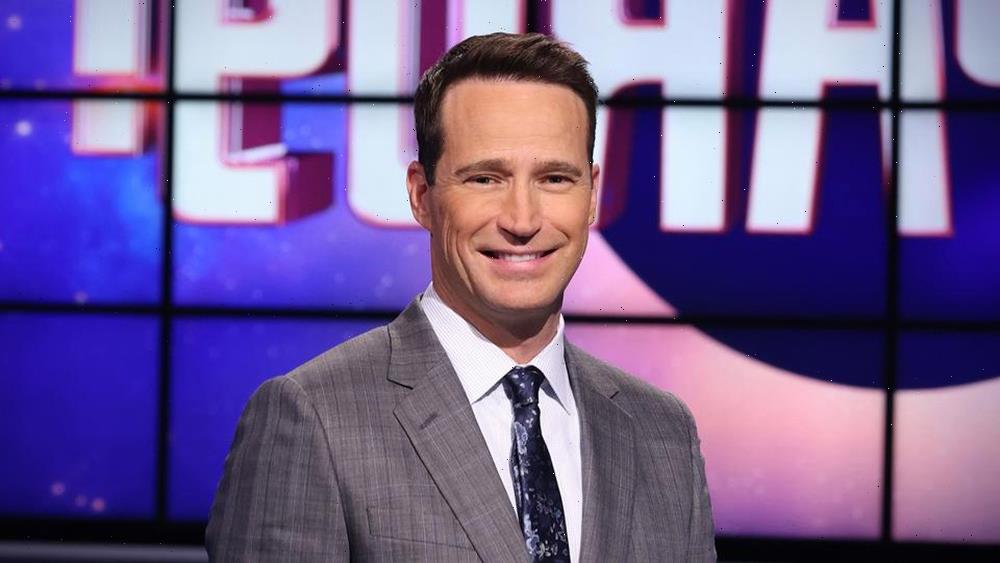 The controversy surrounding new Jeopardy! host Mike Richards is growing, as a new story today alleges he made sexist and off-color remarks while co-hosting a podcast in 2014.

Jeopardy! begins taping its new season tomorrow. Richards, who will handle the main hosting duties on the quiz show, with Mayim Bialik handling special episodes, has already been a controversial choice as the host succeeding the longtime face of Jeopardy! Alex Trebek, who died last year.

Since his installment, Richards has faced allegations arising from past lawsuits while he was a producer on The Price is Right! He also has been the subject of anonymous complaints from Jeopardy! staff, and online disappointment from fans who wanted other guest hosts to get the permanent slot over the relatively unknown internal candidate, Richards.

This latest incident involving Richards saw news website The Ringer discovering old episodes of a podcast called The Randumb Show, which he hosted from 2013 to 2014 and taped in his office while executive producer of The Price Is Right. The podcast was billed as a look behind the scenes at The Price is Right, and ran for 41 episodes.

However, the informal nature of podcasts seems to have loosened Richards’s tongue as he bantered with his younger female cohosts, who have not been identified.

In one instance from September 2014, Richards riffed on a hack of celebrity iPhone images in which several nude photos leaked. He asked his cohosts whether they had ever taken nude photos. When one responded that she had “sometimes” taken such images, Richards was set off. “Like booby pictures? What are we looking at?”

He later asked to go through her phone. When she refused, he asked if it was because the phone contained images “of [her] boobies.”

Richards also said on another 2014 episode that one-piece swimsuits made women look “really frumpy and overweight,” and made derogatory remarks about Haiti, Jewish people, and women who work booths at conventions, referring to his cohost (who had worked in that capacity) as a “booth ho,” a “booth slut,” and a “boothstitute.”

The podcast episodes were pulled and their hosting site was deleted when the Ringer began calling Richards’s agent and Sony, the producers of Jeopardy!, for comment.

Richards later sent an emailed statement to the Ringer on his podcast conduct. He also post a noted on Twitter.

“It is humbling to confront a terribly embarrassing moment of misjudgment, thoughtlessness, and insensitivity from nearly a decade ago. Looking back now, there is no excuse, of course, for the comments I made on this podcast and I am deeply sorry. The podcast was intended to be a series of irreverent conversations between longtime friends who had a history of joking around.

“Even with the passage of time, it’s more than clear that my attempts to be funny and provocative were not acceptable, and I have removed the episodes. My responsibilities today as a father, husband, and a public personality who speaks to many people through my role on television means I have substantial and serious obligations as a role model, and I intend to live up to them.”

Sony has not commented on the Ringer story. However, the Ringer claims a Sony source told them that the studio was unaware of the podcast’s existence until they were called for comment.

Richards has been under fire since multiple lawsuits dating to his time as EP of The Price is Right surfaced. Two of the lawsuits alleged mistreatment of female employees by the show’s male leadership, which included Richards. He was named as a defendant in one suit but was dismissed before it settled.