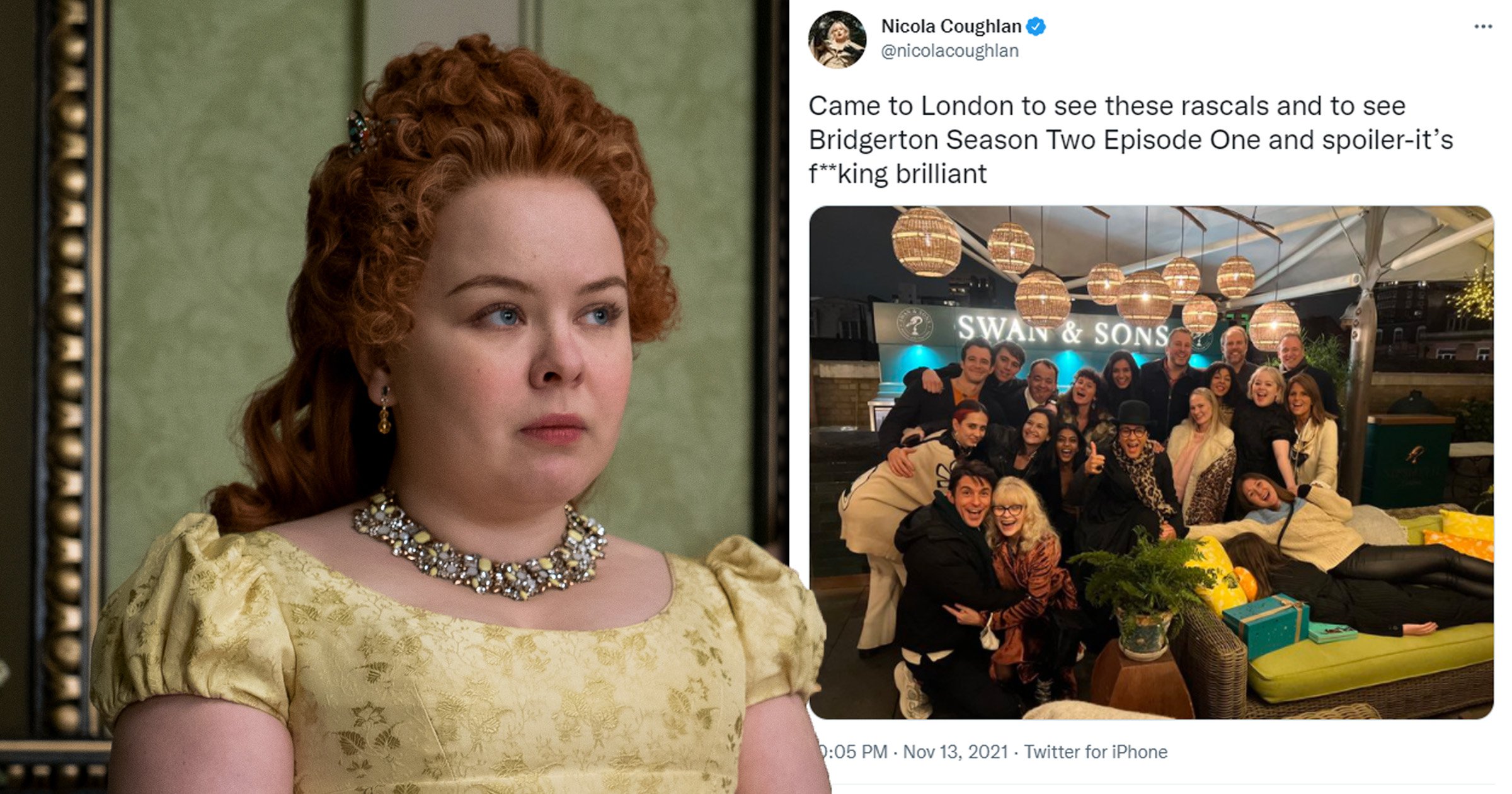 Bridgerton fans, brace yourselves… Nicola Coughlan has seen the first episode of season 2, and according to Penelope Featherington herself, it’s ‘f**king brilliant’.

Having recently revealed that she wrapped filming for the hotly-anticipated second season, in a new social media post, Nicola shared that she travelled to London to reunite with her colleagues on the Netflix period drama.

The actor posted an adorable group photo, in addition to a caption that will have diehard fans brimming with excitement as they wait patiently for the new episodes to come out.

‘Came to London to see these rascals and to see Bridgerton Season Two Episode One and spoiler-it’s f**king brilliant,’ the Derry Girls star wrote.

We honestly couldn’t be more excited if we tried!

In addition to Nicola, other Bridgerton stars who can be seen in the picture are Luke Thompson, who plays Benedict Bridgerton, Jessica Madsen, who stars as Cressida Cowper, and Kathryn Drysdale, who portrays dressmaker Madame Delacroix.

Hilariously, one person in the photo couldn’t be identified, as they’d face planted into the sofa.

Not sure we’d see that at a Bridgerton ball, but we love it nonetheless.

Fans were beside themselves by the latest update, with one commenting on Instagram: ‘Omggg!! I cannot wait for season 2!!!!!!’

‘OMG we’re not gonna be able to wait,’ another said, while someone else wrote: ‘Killing me here! Can’t wait to see all your hard work pay off.’

Last month, Nicola revealed that she had finished filming for season two, writing on social media: ‘And that’s a wrap on Pen. I can’t wait to share this season of Bridgerton with you, it’s been a complete joy.’

During a recent interview with Radio Times, she admitted that the finale of season two will be particularly ‘heavy.’

‘The drama has amped up a lot,’ she said. ‘As I say, we’re shooting all those big dramatic scenes for the end. It’s exhausting but very satisfying.’

Bridgerton is available to watch on Netflix.

Aquarius weekly horoscope: What your star sign has in store for November 14 – 20
Recent Posts