Home » TV and Movies » ‘No Time to Die’: Lashana Lynch Refused to Let Toxic Bond Fans Break Her Down While Filming 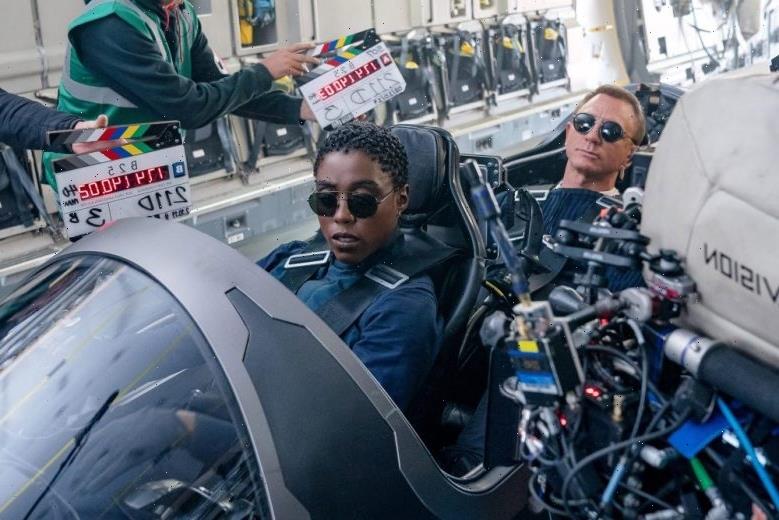 ‘No Time to Die’: Lashana Lynch Refused to Let Toxic Bond Fans Break Her Down While Filming

More like no time for toxicity. When rising star Lashana Lynch’s casting as a “female 007” in Cary Fukunaga’s James Bond outing “No Time to Die” — literally “just a number,” as someone cracks in the film — hit the rumor mill, she became a target of toxic Bond fans and internet trolls upset that a Black woman could fill in as 007. (Again, just a number! Just a designation! Basically a job title!)

Lynch responded with grace: she told THR last year the backlash wasn’t disheartening to her, adding, “It makes me feel quite sad for some people because their opinions, they’re not even from a mean place — they’re actually from a sad place. It’s not about me. People are reacting to an idea, which has nothing to do with my life.”

Asked how she reflects on the the backlash now, and why she choose to approach such stupidity, toxicity, and negativity with empathy, Lynch is resolute.

“I think the reason why any empathy even came into it is because some people really just do not understand what their actions mean and how incendiary they are to people’s lives, people’s careers, and how much they are really not understanding that there’s an actor and there’s a role,” she said in a recent interview with IndieWire. “There’s this middle ground where the actor is trying to meet the role in the most powerful way, and also stay as balanced as possible internally, and do the best job and tick all the responsibilities. Because there were so many different ways to handle it, I had to choose peace first or else I’d go out of my mind. I had to, there was no way.”

Lynch also credits the support of her close family and friend circle for “putting things into perspective quickly.” “My friends come out immediately,” she recalled. “You know when you break up with your boyfriend and they come and they’re like, ‘We are going to give you all the things. Don’t worry. We’re going to talk about it. We’re going to give you ice cream. It’s all going to be great.’ That’s what my friends came out with. They were just ready to give me the perspective that I needed in order to think healthily and safely throughout the process.”

“No Time to Die” was still filming when the outcry hit the internet, and so it wasn’t just important for Lynch to move through it with peace in order to protect her own emotions, but the emotions she was literally putting into the very capable and very driven MI6 agent Nomi. “I was still trying to focus on doing the best job and think about the amount of people that Nomi would inspire,” she said. “There was no point in focusing on anything else.”

Mostly, Lynch said, she turned her focus to the end result of all her hard work, everything that she had put into Nomi, everything she wanted her to be. The comments? They didn’t have anything to do with her, not really, but it still lit a fire in her to make Nomi be something very special.

“All I could think was, ‘Oh, just you wait, just you wait, honestly, you’ve never met this Nomi woman, and you’re going to eat your words,’” Lynch said. “I went to work every day thinking, ‘None of it matters, because I’m here doing the biggest job of my life, I’m very happy and so proud I was cast.’ The proof of what she is will be in the pudding that she created on her own with the help of people who understand that Black narratives need to be told on screen.”

Stay tuned for more from IndieWire’s interview with Lynch later this week.

MGM opens “No Time to Die” in theaters this Friday, October 8.

As new movies open in theaters during the COVID-19 pandemic, IndieWire will continue to review them whenever possible. We encourage readers to follow the safety precautions provided by CDC and health authorities. Additionally, our coverage will provide alternative viewing options whenever they are available.

OAP, 73, furious as ‘bully’ parking firm fines them £100 for stopping to let dementia-stricken wife go to the toilet