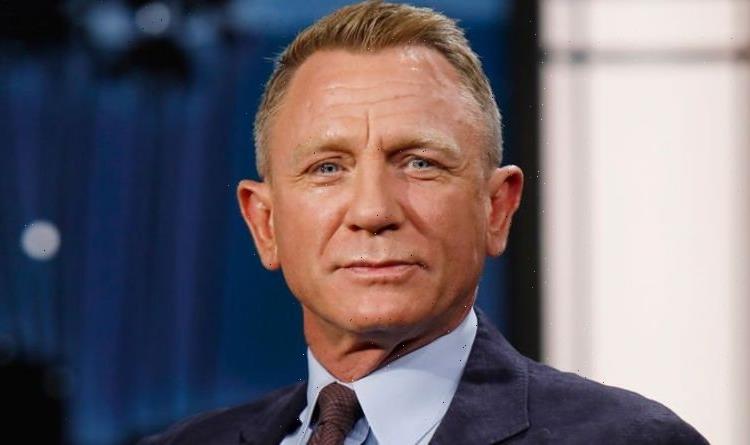 No Time To Die not only marks the final time Daniel Craig took on the role of James Bond, but it has also become the most successful 007 film yet. It was announced today that the ​movie’s soundtrack has reached number seven in the top ten of the Official UK Album Charts – a first for the series.

This achievement is the highest-charting soundtrack from a James Bond film of all time.

No Time To Die has taken down Skyfall, which included a track from legendary singer Adele, as well as Spectre.

This also means the album, which includes Billie Eilish’s title track, has beaten ​Bond ​soundtracks ​which ​include​ Paul McCartney and Shirley Bassey.

What’s more, the No Time To Die soundtrack is the highest-charting album for composer Hans Zimmer.

The German composer said of the soundtrack’s achievement: “It’s incredible to think that we effectively launched this album at the Brits in 2019!

“It feels fantastic that the movie and its music are finally receiving such a rapturous and record-breaking reception.

“If you’re going to make chart history, you might as well do it with James Bond! I’m delighted.”

Chief executive of the Official Charts Company, Martin Talbot, said: “The triumphant return of Bond, James Bond, this autumn has been a huge fillip for the nation post-lockdown and the incredible success of the soundtrack album has emphasised quite how much we love a Bond score.

“The involvement this time of Billie Eilish and Johnny Marr alongside Hans Zimmer has broadened the audience for this OST more than ever before. We have had to wait, but it was certainly well worth waiting for.”

The soundtrack isn’t the only piece of No Time To Die to have beaten some records this year.

The cinema chain announced the film had sold more than 370,000 tickets ahead of its release.

After that, the weekend’s screenings of No Time To Die sold out.

This turn out beats the two previous instalments of Craig’s 007 franchise.

This means No Time To Die has, so far, beaten both Spectre and Skyfall at the opening weekend numbers.

Vue added the film is on track to become “one of the most successful UK releases of all time”.

James Bond No Time To Die is in cinemas now.

Listen to the soundtrack here.

Who is Brendan Cole and what’s his net worth? – The Sun