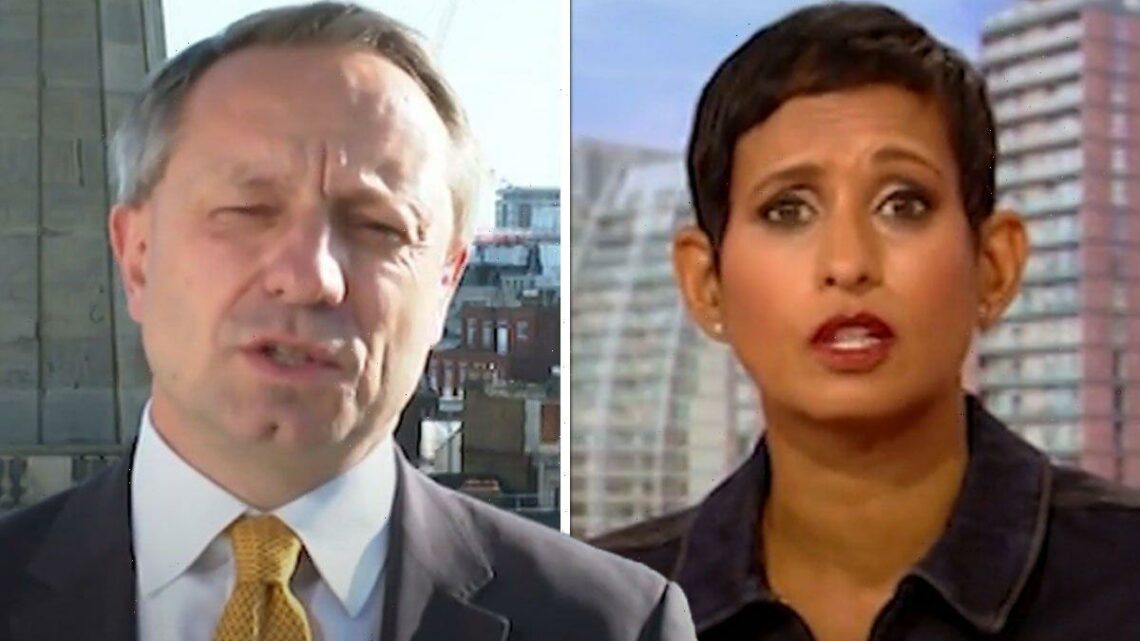 Ofgem regulates the companies which run the gas and electricity networks in the UK. Chief executive Jonathan Brearley spoke with Naga Munchetty on Thursday as the BBC Breakfast presenter skewered the boss over soaring energy costs. She pointed out the “unfairness” of the standing charge system as Jonathan admitted the fees were one thing they were “considering” when looking at how to help those struggling with the cost of living crisis.

“Now for anyone who doesn’t know what that is it’s a cost that is applied automatically before any gas or electricity is used and there have been reports of people who have disconnected their homes from gas and electricity because they are so concerned.

“This standing charge can be up to £1 a day. Isn’t that a simple thing you can get rid of?”

The Ofgem boss remarked: “What we need to do is make sure people pay as fair a cost as they can for their energy and make sure ultimately we manage through this as best as we can.”

“It’s not a fair system though, is it? Because people are being forced to disconnect their homes from energy,” Naga hit back.

“It’s not a fair system though, is it? Because people are being forced to disconnect their homes from energy,” Naga hit back.

£100 to fill up the family car TODAY
Recent Posts