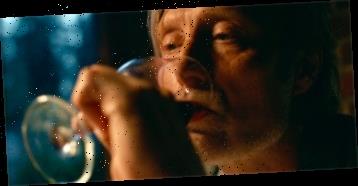 Oscar-Nominated ‘Another Round’ Set For June Release In UK

Fresh off its double Oscar nomination, the Mads Mikkelsen-starring Danish movie Another Round has been set for a June 25 release in the UK via Studiocanal.

The film had originally been dated for November 27, 2020 in the country but was postponed after the pandemic situation worsened. It will now resurface at a time when, virus numbers allowing, cinemas should have re-opened their doors, which is scheduled to begin happening from May 17.

Thomas Vinterberg was arguably a surprised inclusion in the Directing field at today’s Oscar nominations, with the film also a contender for the International Feature Film category. The pic was perviously Golden Globe nominated, and is competing for four BAFTAs: Film Not in the English Language, Director, Original Screenplay, and Leading Actor for Mikkelsen. It also won four prizes at last year’s European Film Awards.

In the movie, Mikkelsen stars as one of a group of teachers who test out a theory that humans perform better they have a small amount of alcohol in their blood.

Deadline spoke to Vinterberg today after his nomination.