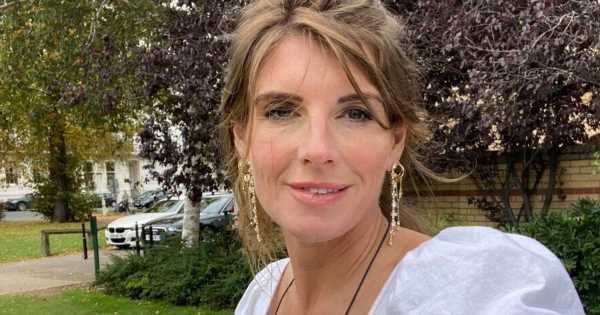 Amanda has nine children, some that love the camera, however, 15-year-old Miles takes a back seat and usually lets his siblings do the talking.

The Shepherdess uploaded the sweet snap of them both to Twitter on Monday and captioned the post: "A super rare sighting of the shy one, Miles. #shepherdess #yorkshire #farm"

Fans of the Channel 5 show were buzzing to see a glimpse of the quiet teen as he posed next to his mum inside one of their barns.

One fan said: "What lovely photos he's a handsome young man and nearly the same height as you Amanda I would say he will break a lot of girls hearts."

Another added: "We are all different, lovely to see him on the TV as his manner and persona is so nice – He looks more like Reuben in these pics, you be you Miles."

While a third wrote: "Oh my Miles is much like Reuben as he gets older and also a tall lad like his Mum Luv To The Owens family xx"

This comes a few days after it was revealed that Amanda's daughter Raven, 20, plans to move on from her family's famous farm, as she opened up about the struggles of living with a big family.

The Channel 5 star is the eldest of the Owen children and therefore has a mounting list of responsibilities within the business in addition to looking after her siblings and juggling university and her social life.

But the auburn-haired beauty has confessed that one of the main pitfalls to having a large family is that she doesn't often get much peace in the busy household.

Unlike many of her friends, Raven has grown up in the countryside with her now-famous mother Amanda Owen who is known as Yorkshire’s most popular shepherdess.

But in a recent interview with The Sun, the young student has opened up about the pros and cons of living in a large household.

She told the publication: “The worst thing about being in a big family is that you don’t really have much peace.

“But then the best thing is there’s always somebody to talk to, practice doing people’s hair.

“It’s fun when you open up someone’s drawer and you get all the clothes out and then you style outfits on all of your siblings. I’ve had Reuben in a dress before and it’s been great!”

YOU Season 3 cast on surviving: ‘It Was So Iconic Being in That Damn Cage’