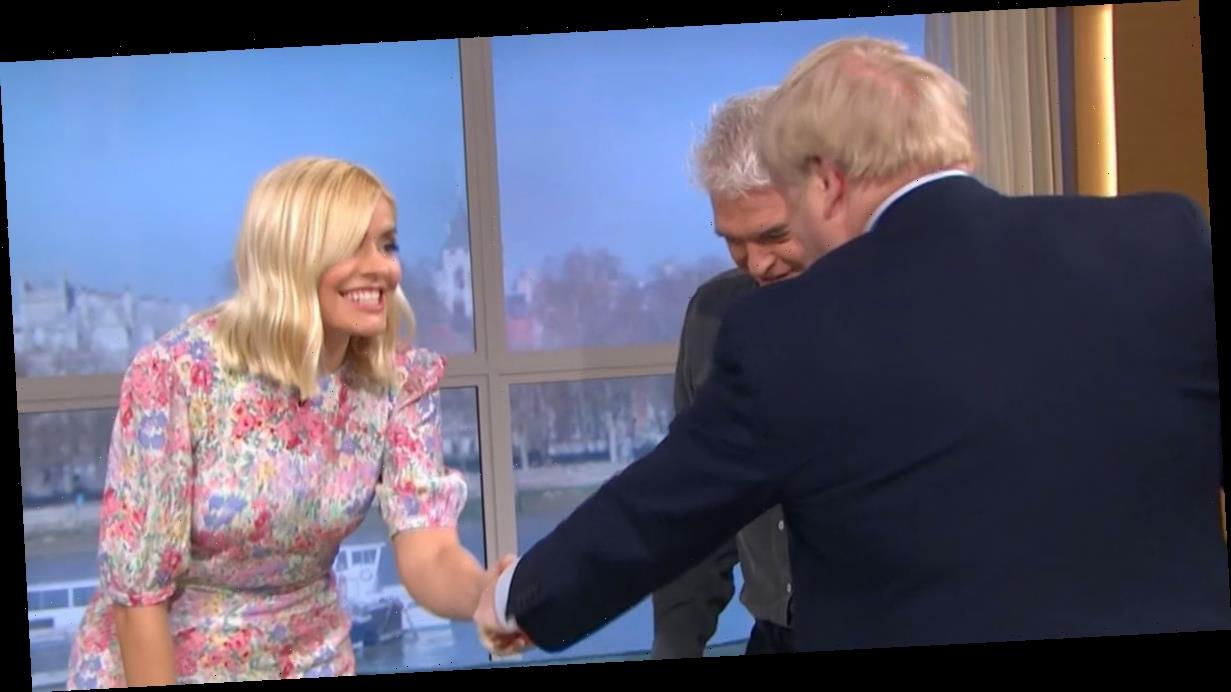 Earlier this week, the Prime Minister said he had shaken the hands of people in a hospital where patients were being treated for coronavirus.

During an appearance on today's This Morning, Mr Johnson went straight over to shake Phillip's hand when he walked into the studio ahead of their interview.

He also greeted Holly Willoughby with a handshake, despite fears over the spread of coronavirus.

Midway through the chat, worried Phillip confessed that he deliberately left his hands by his side to see what Mr Johnson would do.

Phillip said: "You came straight in here and I kept my hands by my side to see what would happen and you shook my hand."

Mr Johnson replied: "I’ve been going round hospital as you can imagine and always shake hands. People make their own decisions. Washing them is the key."

When Phillip asked if he had washed his hands before the handshake, Holly replied: "He definitely washed after."

Mr Johnson claimed he would still be shaking hands with people while speaking at the unveiling of the UK's battle plan to treat coronavirus.

"I'm shaking hands," said the Prime Minister when asked how he planned to handle visiting dignitaries.

"I was at a hospital the other night where I think a few there were actually coronavirus patients and I shook hands with everybody, you'll be pleased to know, and I continue to shake hands.

He said people were free to make up their own minds, but referred to the scientific advice he had received: "Our judgement is washing your hands is the crucial thing."

Number 10 officials were very keen to stress that Mr Johnson had not shaken the hands of any patients.

France recommended last week that people do not shake hands to prevent the spread of the virus.

While Switzerland has said its residents should consider dropping the everyday greeting of kissing each other on the cheek.

*This Morning airs weekdays on ITV at 10am