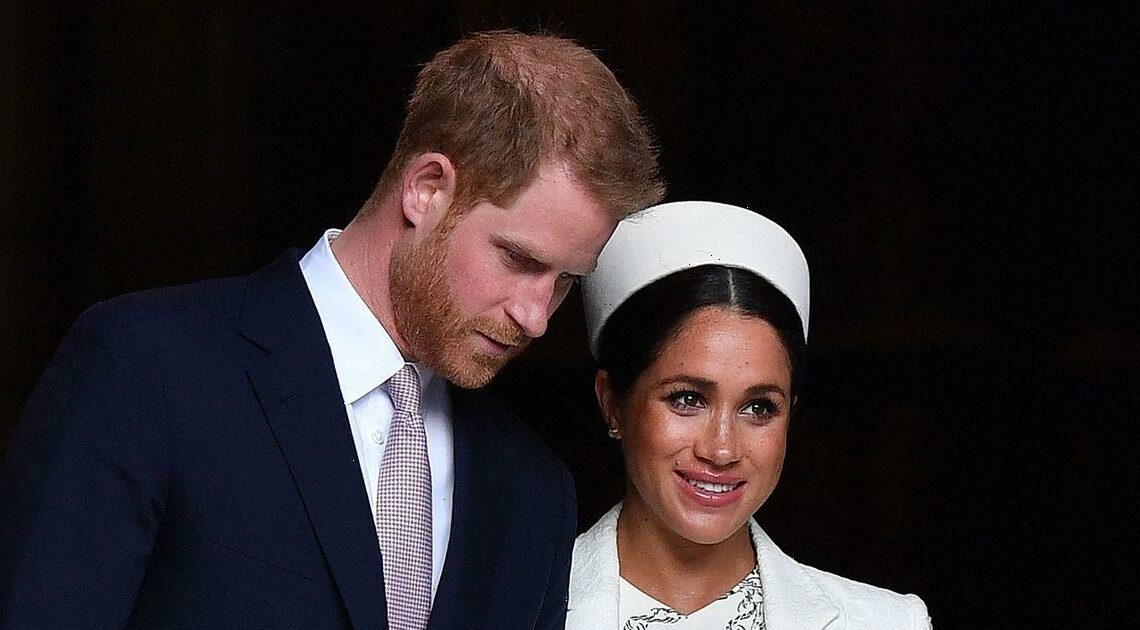 Prince Harry and Meghan Markle's decision to name their baby daughter Lilibet after Her Majesty The Queen's private family nickname has been branded 'rude and demeaning' by Good Morning Britain guest and royal biographer Angela Levin.

The Duke and Duchess of Sussex confirmed the birth of their second child – a baby girl – on Sunday evening.

In a nod to The Queen and Harry's late mother Princess Diana, the new arrival has been named Lilibet Diana Mountbatten-Windsor.

Angela said: "I think it is always wonderful when a baby is brought into the world.

"This is extremely happy news, especially after Meghan suffers her miscarriage but if we can separate it to the name.

"I think it's quite rude to Her Majesty – it was a very private nickname from her husband who hasn't been dead for very long."

She continued: "Prince Charles would never refer to her as Lilibet. He has never used it. it was given to her a King George V.

"We knew what it was but it was his [The Duke of Edinburgh's'] name. He wanted that name for her."

Not stopping there, the royal biographer went on to claim Her Majesty would be 'hurt'.

Angela said: "I think it is quite demeaning. I really believe that.

"I think she is desperately unhappy about how they have behaved to the family and her.

"They were rude about her parenting."

Explaining why she feels so stronger, she added claiming Harry may have not told the whole truth to Her Majesty prior to the announcement.

Angela alleged: "Harry did mention something to his Grandmother that he was going to name his daughter after her but I bet he didn't say Lilibet."

Announcing the birth via Harry and Meghan's Archewell website, a statement read: "It is with great joy that Prince Harry and Meghan, The Duke and Duchess of Sussex, welcome their daughter, Lilibet 'Lili' Diana Mountbatten-Windsor, to the world.

"Lili was born on Friday, June 4 at 11:40 a.m. in the trusted care of the doctors and staff at Santa Barbara Cottage Hospital in Santa Barbara, CA."