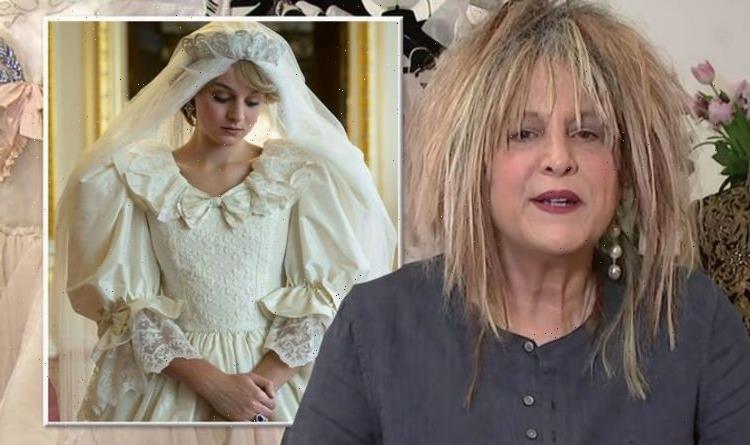 Princess Diana would have been 60-years-old next month and to mark the occasion, the late royal has been the topic of discussion on a number of television programmes. Good Morning Britain marked her birthday by speaking to Elizabeth, 67, about how she came to design the Princess of Wales’ wedding dress with her former husband, David Emanuel, 68. However, the guest detailed how she felt about Netflix drama The Crown replicating the infamous gown and slammed it for being “not nearly amazing” as the original.

Host Charlotte Hawkins, 46, said to Elizabeth: “When we look at the wedding dress, it was reproduced in The Crown.

“How was that whole process? How was it for you seeing it reproduced?” she asked, with the guest explaining: “I didn’t actually know it was going to be in The Crown until I read about it.

“When I saw it, it looked very strong. You only saw it for a few seconds,” she continued before going on to slam the replica.

“It was’t nearly as amazing as the real thing and I think anyone going to the exhibition, they’ll have a chance to see it close up.

“All the little pearls and sequins and to look at it and to know each one was sewn on with love by hand.” 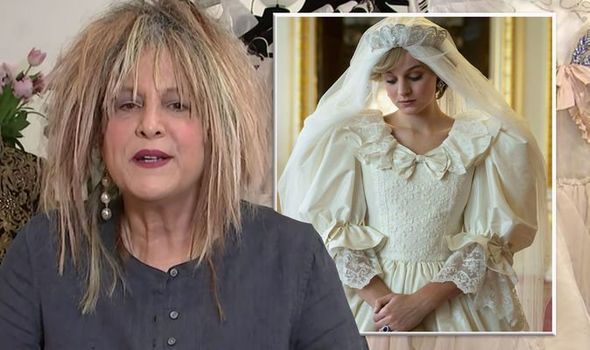 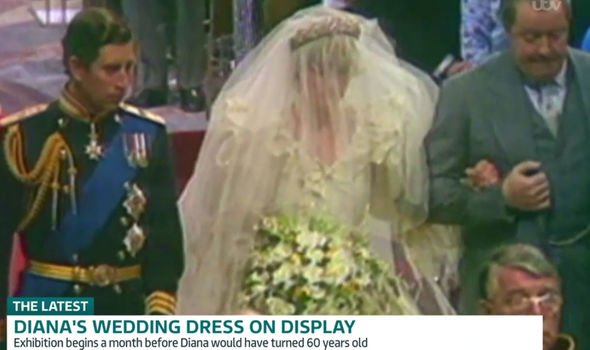 Earlier in the interview, host Richard Madeley, 65, asked the wedding dress designer who was in charge of how the dress can together.

Elizabeth explained how Princess Diana wanted the Emanuel’s to create the gown because of their “style” and when she tried on a sample dress, they knew they had the “perfect silhouette”.

The designer said how they made it “entirely different to anything else” they had ever made and made it in a way it would be “very hard to copy”.

Describing her take on the gown, Elizabeth said it was the “perfect dress for the time” and it was like a “fairytale”. 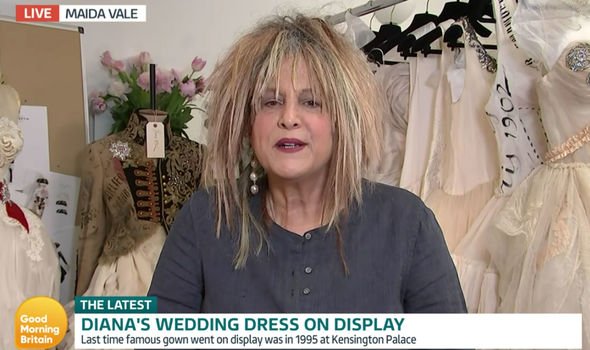 It was’t nearly as amazing

“It was definitely a dress of its time,” the guest commented before explaining how she and her team tried to throw the press of the scent of what the dress would look like.

According to the designer, they put bits of material in different bins in different locations to confuse those trying to get spoilers.

There were also cameras set up outside the Emanuel’s house and she said they “tried to have a sense of humour with it”.

They also came up with solutions to “everything that could possibly [go wrong]” with the dress on the day to make sure the Princess of Wales still made it down the aisle. 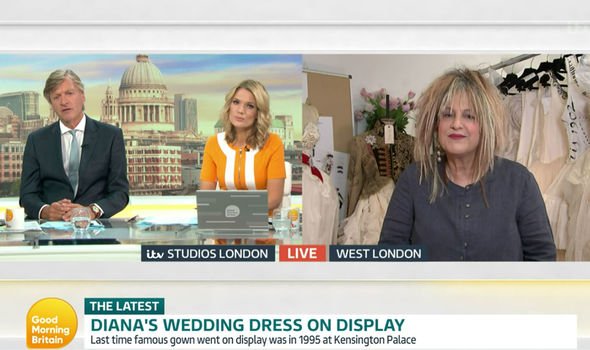 Elizabeth also touched upon the day Princess Diana died and how she learnt her client had been involved in a car crash.

“I was in bed and the phone rang and it was my dad,” the guest explained, before going on to say at that point, it was being reported the mother-of-two was critical in hospital.

“I was in shock and I still think back to that,” the wedding dress designer said, adding it was “the most terrible time”.

“She was just an amazing woman and we were so privileged to have known her. She was so sweet and kind,” the guest remarked.

The wedding dress will be part of a new exhibition at Kensington Palace to mark 25 years since the Princess of Wales passed away.

Prince William, 39, and Prince Harry, 36, have loaned the gown to the exhibition, which is now available to visit a month before Diana’s 60th birthday.

Royal Style in the Making, the organisers of the exhibit, have claimed the dress is “now among the most famous in bridal history”.

Opening on Thursday 3 June, 2021, the exhibition will run until January 2022 before the dress is returned to the Princes.