Multiple award-winning documentaries have been made about the child sexual abuse scandal in the Catholic Church, including Amy Berg’s Deliver Us From Evil, Alex Gibney’s Mea Maxima Culpa: Silence in the House of God, and Kirby Dick’s Twist of Faith.

But there’s never been a documentary like Robert Greene’s Procession.

The film, newly-arrived on Netflix, revolves around six men who as boys were sexually assaulted by priests connected with the Kansas City Diocese. But in working with the survivors, Greene doesn’t adopt a typical, “Sit down and tell me what happened to you” approach. 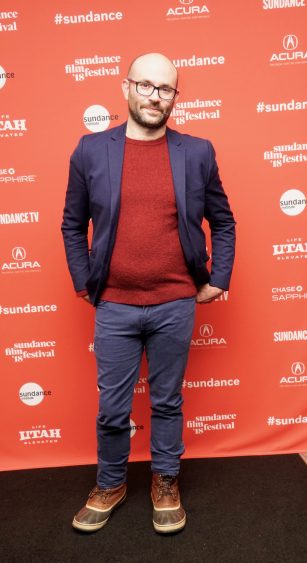 The answer to that question—what do we do now?—was inspired by drama therapy, a means of helping survivors of trauma work through their experiences through the use of role-playing. In concert with Registered Drama Therapist Monica Phinney and a lawyer who has advocated for scores of victims of sexual abuse by priests in Missouri, Greene created a context for the men to join forces to face the nightmarish past.

“As part of a radically collaborative filmmaking process, [the men] create fictional scenes based on memories, dreams and experiences, meant to explore the church rituals, culture and hierarchies that enabled silence around their abuse,” reads a synopsis of the film. “…[T]hese men are hoping to work through their own traumas together in this new-found brotherhood, which includes them conquering fears associated with actual places of abuse.”

Greene says, “We wanted the film to be useful to the guys and useful to the viewer. That’s the first and foremost thing. Honestly useful, deeply useful, not just in a casual way, but we wanted it to be therapeutic, frankly. That was the goal. But we also wanted to get way past the headlines. A news story can never quite get to the level of realization… because the facts don’t even approach what happened.”

In one of the scenes created by the men, survivor Tom Viviano, who was assaulted by several priests as a child, plays a cleric grooming a boy for abuse. Child actor Terrick Trobough was cast to play the kid in that scene, as well as in other scenarios conceived and written by the six survivors.

The survivors, including Michael Sandridge and Ed Gavagan, could witness the fictionalized scenarios at what might be called a safe distance, and yet project themselves into what was being portrayed.

“Reclaiming that childhood, reclaiming that kid inside of them,” Greene observes. “Ed [Gavagan] says it so clearly in the movie, ‘I can see the boy in my dreams, but I can’t help him because he’s some other kid and I need to figure out how to get to that kid.’”

“We built all these safety checks,” Greene states. “[Terrick] always had parents there or a grandparent, some family member was always with him. The therapists were there to support him. But ultimately the truth is he’s just an incredibly resilient kid.”

Greene says he always bore in mind the possibility of causing psychic injury to the six men at the heart of Procession.

“That was… a big concern,” he notes. “You hear [survivor] Joe Eldred say it: ‘Was I concerned about being re-traumatized? Yes. Am I concerned about it? Yes.’ …What we wanted to do was build something that had safe walls and that all those walls had doorways out. So, every step in the process could be tentative. Every step in the process that doubt and that concern and the risk—that could be built into the process. That needed to be. That had to be.” 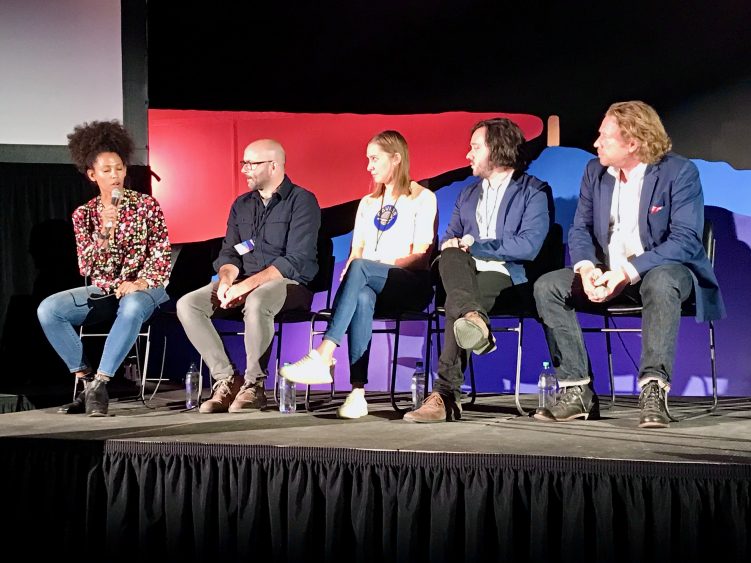 Gavagan, who works as a construction contractor in New York, participated with Greene in a Q&A for the film at the Camden International Film Festival in September. Gavagan said his wife originally “was not a fan of the idea” of him taking part in Procession.

“She was trepidatious about what benefit could come of this,” Gavagan told the CIFF audience. “It’s been years now that we worked on this film, and I can tell you that it takes an enormous burden of shame [away], which I have [held] for the last 45 years, and then puts it back where it belongs, thanks to these guys.”

Procession marks Greene’s latest filmmaking endeavor to combine nonfiction with dramatizations. In Kate Plays Christine, the director followed an actress as she prepared to embody an actual person, news reporter Christine Chubbuck, who killed herself live on television in 1974. In Bisbee ’17, Greene cast actual residents of Bisbee, Arizona to reenact a historical outrage from a hundred years earlier when a posse of townspeople kidnapped and deported striking miners.

Those cinematic preoccupations reach their apotheosis in Procession.

“I had done a Q&A for my last film, Bisbee ’17, and someone asked if we had therapists [on set] when we were staging the large-scale recreation of the deportation,” Greene recalls. “My answer was totally inadequate, like, “No, we didn’t really need it.” And my sister-in-law was with me and she said, ‘Hey, you should read this book, The Body Keeps The Score, because it’s about how trauma is stored in our body. You can’t talk it out, you gotta work it out, somehow. And drama therapy, theatrical sort of interventions, is one way to do it. It’s one possible way to help.’ And then I had a Psycho zoom moment where it’s like, ‘This is what I’ve been trying to do my whole career. And I just didn’t have a name for it.’”

Procession has built momentum towards the Oscars by earning broad recognition, including an award for social impact from the Heartland International Film Festival, a nomination for Best Documentary Feature from the Critics’ Choice Documentary Award, an editing nomination from the IDA Awards, and nominations for Outstanding Directing and Outstanding Score from the Cinema Eye Honors. The latter group also named the six survivors in the film—Gavagan, Sandridge, Eldred, Viviano, Dan Laurine and Tom Foreman—winners of its “Unforgettables” award.

For Greene and his collaborators, to be distributed on Netflix represents some of the best recognition imaginable, because of the streamer’s worldwide scale.

“Nothing matters as much as how validating it is for those guys to get this platform because ultimately they did it for themselves, but they would not have done this if there wasn’t a camera [present],” Greene tells Deadline. “When Joe Eldred says in the movie, ‘This was worth it, because it’s going to help the other boys, the other guys who see it,’ he says it very clearly… They’re doing this for the audience. So, the fact that we have this bigger audience is very powerful.”

‘Wheel Of Time’ Debuts Strong As Amazon Doubles Down On Genre With ‘Mass Effect’, Preps For ‘LOTR’