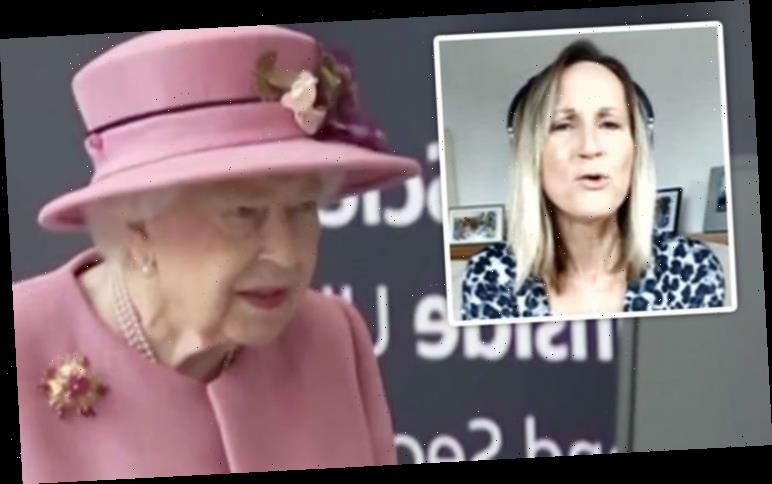 Queen Elizabeth II, 94, was joined by her grandson and the Duke of Cambridge, Prince William, 38, on Thursday for a visit to the Defence Science and Technology Laboratory at Porton Down near Salisbury. Neither member of the Royal Family wore a face mask for the first public engagement Her Majesty had attended since the coronavirus pandemic struck back in March. The country has been divided over the royal’s decision, despite everyone in attendance testing negative for COVID-19. Discussing the matter on ITV panel show Loose Women, presenter Carol, 60, said she stood by the Monarch’s stance and applauded her.

Hitting back at the sceptics who are in opposition of the Queen not wearing a face mask, Carol said: “I don’t think it’s up to the Queen to set an example.

“I’m glad she didn’t wear a mask,” the presenter continued before telling viewers watching at home to “not have a go” at Her Majesty.

“Just stop it,” she added, before saying to her fellow panellists the public needs to “stop telling everyone off for everything.”

The outspoken television star declared: “Everyone’s ready to point the finger,” before the other ladies also offered their take on the matter.

Stacey Solomon, 31, explained the Monarch was at a work event and pointed out she and her colleagues were all at work at not wearing a mask. 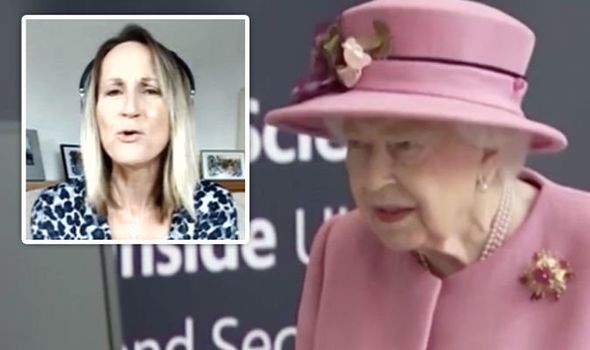 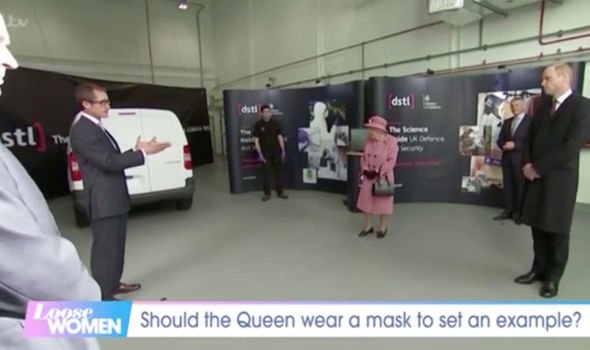 “It’s not going against the rules if they were all tested,” Stacey added, before saying the Queen’s age should be in factor taken into consideration.

“For my own grandmother, wearing a mask is a real struggle,” she continued, with Linda Robson, 62, admitting she “felt sorry” for Her Majesty over the backlash.

However, although she respected her decision, the presenter said she wanted the Monarch to wear a face mask for “her own health and safety.”

Taking to Twitter, those watching the debate at home also offered their take on the matter, with 62 percent of viewers thinking the Queen should have worn a face mask. 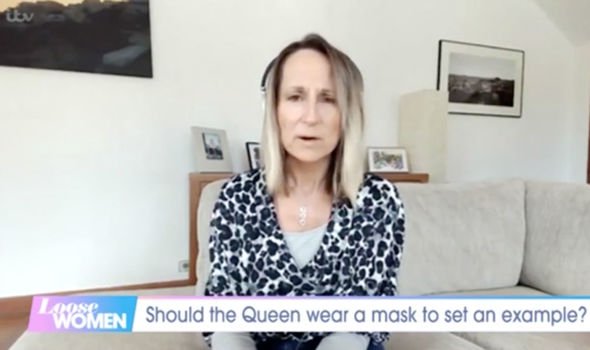 One wrote: “Please correct me if I am wrong but I saw a report that said everyone was tested before she went. Also, everyone was distanced from each other so safe to go without a mask.”

Another added: “Apparently we all need to wear a mask (or face-covering!) Evidently, not…it’s the old one rule for one. She obviously didn’t see the advert, ‘I wear a mask to protect my mates’. No wonder we’re all b****y confused!”

Whilst a third commented on the social media platform: “I think she’s 94 years old and the queen and she can do what she likes.”

“I thought the mask was to protect others, not the wearers, so the queen will be the safest person to be around being shielded for months on end,” a fourth posted.

Buckingham Palace explained the Queen had sought medical advice before the visit and it was agreed she didn’t need to wear a face mask.

As well as all 48 people at the DSTL, Prince William also had a test and received a negative result ahead of accompanying his grandmother on the visit.

Good Morning Britain star Piers Morgan, 55, has offered his take on the debate in view of his 7.6 million Twitter followers.

The presenter wrote: “Sorry, but this is not a smart move by the Royal Family as the virus rages and the country heads into another lockdown.”

It is still compulsory for members of the public to wear a face mask on public transport and inside where social distancing is harder to achieve.

The Government has explained those who fail to adhere to the rules could risk costly fines for breaking flouting restrictions.

Managing Editor of Majesty Magazine Joe Little said via The Guardian: “The Queen and the Duke of Cambridge will inevitably be criticised for not wearing a face covering, but medical advice was sought while the royal visit was being planned and social distancing seemingly was maintained throughout.

“The Queen’s first official engagement away from a royal residence for the first time in seven months delivers a visible and timely reassurance that daily life can continue during the pandemic in a modified form, even for someone in their 95th year.”