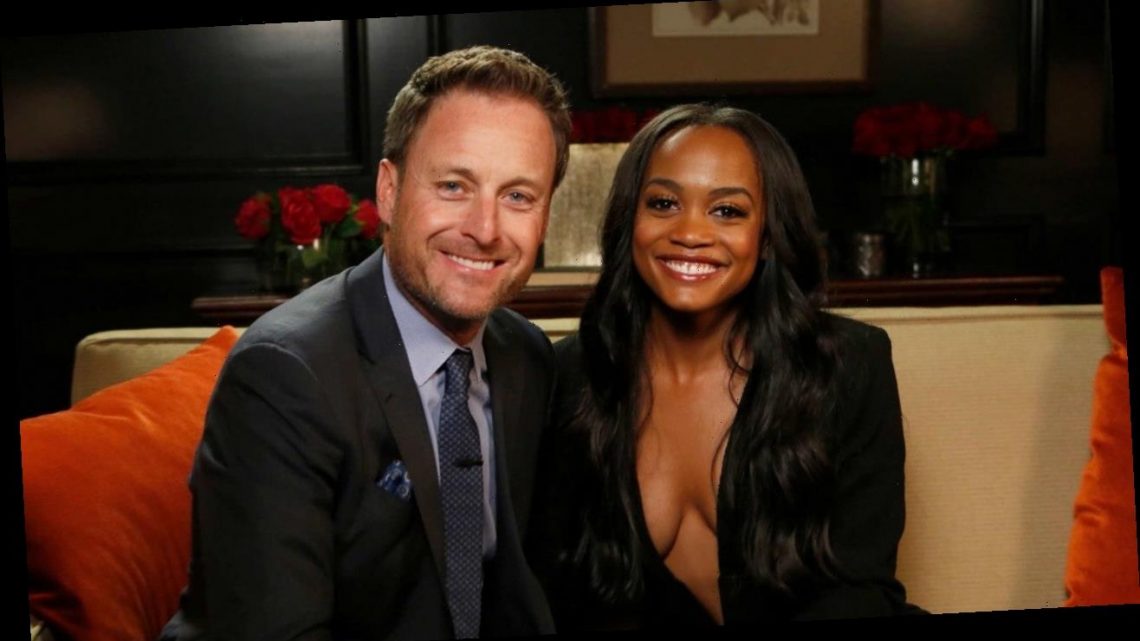 Rachel Lindsay Reacts to Chris Harrison Stepping Down from 'Bachelor'

Rachel Lindsay isn’t quite sure what will happen after Chris Harrison’s temporary time off from his Bachelor hosting duties.

Harrison announced on Saturday that he won’t be hosting The Bachelor‘s upcoming After the Final Rose special following his controversial interview with Lindsay, where he defended Bachelor contestant Rachael Kirkconnell’s past racist actions. Kirkconnell has since apologized for her behavior, as has Harrison.

“Where do we go from here as a franchise? It’s hard to say,” Lindsay said on Extra on Monday. “Chris has stepped aside, which I think is the right decision… and I think he needs to understand what was done, what was wrong in that interview. He needs time. He needs to step away to do that.”

Lindsay said it’s been “tough” for her to accept Harrison’s apology, as he walked away from that interview on Tuesday seemingly OK with their conversation. However, she said on Monday that she also doesn’t want to be “too quick to judge someone.”

“He has taken steps to issue not one, but two apologies. Let’s see what happens from there. I will say this: To see the contestants come together and speak out, and to say what they don’t stand for, I don’t know how we continue in this way,” she said, referring to Bachelorand Bachelorette casts uniting against Harrison’s “defense of racism.”

“How do you [continue with him as host] when people in Bachelor Nation are upset, the contestants of this very show, the leads of the show?” Lindsay asked. “How does he go on to represent the franchise when people were so upset by what they saw in that interview?”

In a statement on Instagram on Thursday, Kirkconnell apologized, and said she hoped to “earn your forgiveness through my future actions.”

That apology came one day after Harrison issued his own statement, apologizing for “wrongly speaking in a manner that perpetuates racism” by defending Kirkconnell’s racist actions and asking people to offer her “grace.”

Many fans and members of Bachelor Nation continued to speak out against him, and in a follow-up statement on Saturday, Harrison revealed he’d be stepping away for a “period of time.”

Lindsay also participated in a Reddit AMA on Monday, where she said she’d had many conversations with Harrison like the one during their headline-making interview last week. She praised the women of James’ season for inspiring others to speak out, said Hannah Brown’s response to the controversy “lacked substance” and said she believes Kirkconnell “slipped through the cracks” of producer vetting before the show.

“Chris Harrison is someone that I respected highly and I’m not going to lie, I definitely lost respect for him after watching that interview,” Abasolo said on Talking It Out With Mike and Bryan on Monday. “I thought what he said was irresponsible, it was hurtful and it was just flat-out unacceptable.”

“Now, we’re not talking about past contestants of the show, who pretty much come and go, right?” he continued. “We’re talking about the face of this franchise, 20-plus years of this man being on our television screens on a show that’s been needing a diversity makeover for years, I don’t think anybody’s going to deny that.”

Johnson also denounced Harrison’s remarks, as have many others in the franchise. #FireChrisHarrison was trending on Twitter during Monday’s episode of The Bachelor.

James addressed the controversy surrounding Kirkconnell in an interview with ET earlier this month. See what he said in the video below.

Jaguar To Become an All-Electric Brand by 2025