Home » TV and Movies » Ray caught at last as Abi gets evidence to expose his crimes in Corrie? 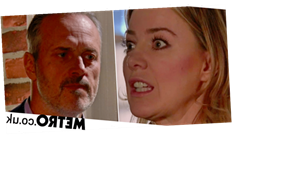 Ray caught at last as Abi gets evidence to expose his crimes in Corrie?

Ray has successfully bought up multiple properties on the eponymous street in the hope of knocking them all down.

It’s all part of his new development project — one he’s been working on with Debbie Webster (Sue Devaney).

However, the residents of the cobbles have naturally been up in arms, as they want to keep the legendary cobbles intact, and ensure that none of their neighbours lose their homes.

Abi has been doing everything she can to get the upper hand on Ray, and in her mission to find anything of use, she ended up at one of the businessman’s posh hotels.

What she didn’t expect to find, however, was Ray having a heated debate with Susan from the planning committee, as they argued over the fact that he bribed her!

Abi was left in shock, and subsequently recorded the remainder of the conversation — getting all the proof she needs.

She informed Faye Windass (Ellie Leach) about said proof, but the young girl was still upset, as she believed Ray would never pay for attempting to rape her.

Therefore, Abi devised a plan, as she headed to the bistro to play the video for Ray, and proceeded to blackmail him.

She told him if he doesn’t admit to attempted rape, then she will go to the police with the video, which will ultimately ruin his development project.

Abi has Ray where she wants him, but will her plan prove successful?

The Art Of Craft: ‘The United States Vs. Billie Holiday’ Costume Designer Paolo Nieddu Sculpts His Own Version Of Legendary Blues Singer