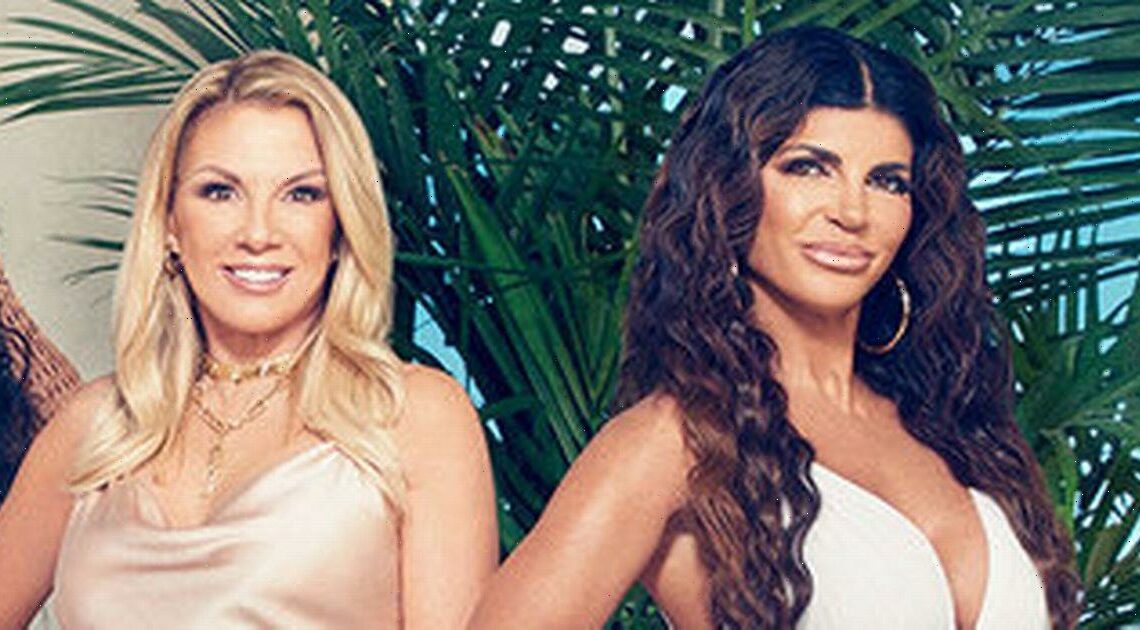 Real Housewives of New Jersey star Teresa Giudice has said Ramona Singer "ate her words" after she made a catty comment at her.

The show, which launches on hayu this week, sees Teresa and her RHONJ co-star and sister-in-law Melissa Gorga, RHONY's Ramona and Luann de Lesseps, RHOA's Cynthia Bailey and Kenya Moore, and RHOBH's Kyle Richards head on a luxury trip to Turks and Caicos.

And speaking exclusively to Daily Star ahead of the show's launch, Teresa, 49, confessed things didn't get off to the best start with Real Housewives of New York City's Ramona, 64.

"When Ramona says something in the first episode about me, I can’t wait to see how that plays out," she teased.

"I think she kind of eats her words."

Teresa told us: "You shouldn’t judge someone by what other people say or anything like that, you should read the book before you make a judgement.

"Judgement is the worst quality someone could have. Especially at this point in her life."

The mum-of-four went on: "None of us are perfect and we all say things that are not right at some point, no one’s perfect.

"But for her to say that, I was like, ‘Really? You should take a look in the mirror before you start talking about another person before you get to know them.’"

Viewers will have to tune in to see what Ramona says, but judging from her altercations on RHONY, it's set to be a facepalm moment. Despite the expected drama, Teresa is excited to show a different side of herself to fans, as she's often seen as the ring-leader of the New Jersey series, having been a cast member since it launched way back in 2009.

She told us: "I think fans will definitely see a different side of me.

"The women were not attacking me on this show like it is on New Jersey, no one was trying to take me down or being vindictive or hurtful – none of that.

"That’s what I loved. I really enjoyed being on it because I feel like it was all about women empowerment and just being there for each other."

Teresa said: "We all gave our opinion if we didn’t like something that was going on, obviously, but it was definitely a different vibe.

"The fans will get to see a different side of me, because I feel like they view me in a certain way from New Jersey.

"Usually, when you’re on top there’s always someone trying to hurt you or do something or take you down, and I feel like on this show it wasn’t like that."

The trailer sees the ladies, who normally don't appear on-screen together, having fun and getting crazy – but there are plenty of dramatic moments too.

And fans can get a huge slice of the action from the launch, as the first three episodes drop on November 19, with a new episode being released each Friday after that.