Home » TV and Movies » ‘Returnal’ Review: The First Masterpiece of the Playstation 5 Era Is a Roguelike Epic Worth Dying For 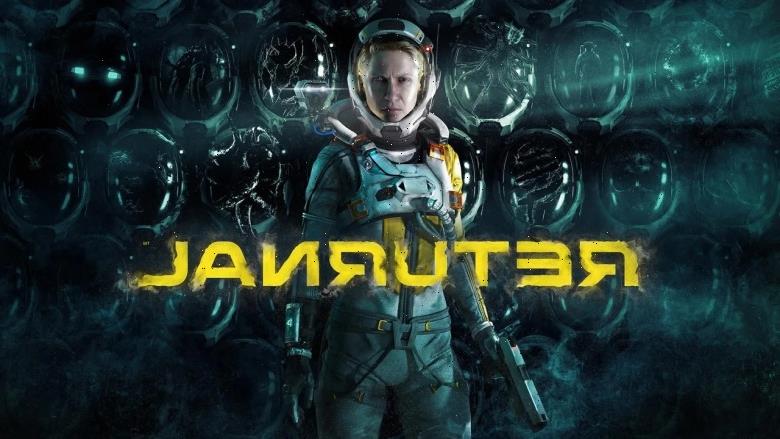 ‘Returnal’ Review: The First Masterpiece of the Playstation 5 Era Is a Roguelike Epic Worth Dying For

For a video game set on a shape-shifting alien world overrun with bioluminescent monsters and littered with copies of your own corpse, there’s something weirdly familiar about the life-devouring new Playstation 5 exclusive, “Returnal.” To walk or sprint or grappling-hook around the ruins of Atropos is to feel as if you’ve been there before.

The experience begins with reconnaissance scout and unreliable avatar Selene Vassos crashing into the swamps of a forbidden planet. She appears to have gone rogue in pursuit of a signal called “The White Shadow,” and the initial jolt of recognition trills up your spine just a few seconds after she crawls out of the wreckage as players take their first hesitant steps through the first of the game’s six massive biomes. Between the darkness of a fallen civilization, the decrepit statues of a xenotype species, and the thin layer of fog that hovers a foot off the ground, it’s impossible not to think of the “Alien” films (“Alien: Covenant” most of all).

Then you encounter the first of the two zillion enemies you’ll slaughter during some of the most vividly imaginative video game fights since “Horizon Zero Dawn” a wildebeest-like quadruped whose tentacled body glows turquoise against the dim landscape and anticipates the deep-sea vibe of much of Antropian life. The slow wave of killer pearls it fires at you triggers sense memories of the bullet-hell shooters that dominated arcades in the days before developers like Housemarque (“Resogun”) brought them into the homes of hardcore gamers who prioritize sadistic design over bleeding edge graphics. When you die — which will happen so many times that death soon becomes as natural as stepping through a door — Selene is returned to the crash site and the procedurally generated planet around her rearranges its parts in a way that will seem perfectly natural to veterans of “Hades,” “Dead Cells” and other loop-based roguelikes.

In a genre where déjà vu is more of a feature than a bug, it makes sense that “Returnal” doesn’t feel any pressure to disguise its genealogy. And yet, Housemarque’s masterpiece — without question the best and most promising game of the brand-new console generation for the time being — takes things a step further by weaponizing that eerie sense of recognition against the player and protagonist alike.

Selene is haunted by the sense that she’s lost her place in a perpetual loop. It isn’t just that she finds her own body strewn around the environments (defeated gamers you can fight or avenge in online mode, just in case the “Dark Souls” parallels weren’t already clear from the punishing difficulty), or that Atropos is littered with audio scout logs in which some previous version of Selene can be heard talking to herself about peeling the skin off her bones and ascending to join the alien hive mind at the dark center of the game’s cryptic lore. It’s also the inescapable sense that she’s a prisoner of her fate (Atropos being one of the three goddesses of fortune and destiny). It’s the feeling that there’s always someone over her shoulder. It’s the inexplicable fact that Selene has traveled untold light years away from Earth only to find her quaint 20th century house waiting for her on a narrow plateau in the game’s first biome; no matter how far you travel, you can’t escape yourself.

But for those of us controlling Selene as she blasts her way through this brutal ouroboros, déjà vu all over again has never looked quite like this. While “Returnal” is the latest in a recent string of high-profile roguelikes (all of which feel like prescient reflections of pandemic living), it’s arguably console gaming’s very first AAA, mega-budget iteration of the genre. And there’s good reason for that. For one thing, it’s hard to land on a concept that’s rich enough to offer a fortune’s worth of mind-blowing graphics, but also flexible enough to hinge on procedurally generated environments. It’s even harder to invest tens of millions of dollars into a hardcore, largely single-player game that’s designed to humiliate tourists for daring to take it lightly… even as it lures them deeper towards obsession with every subsequent death run. It’s the equivalent of Marvel spending “Infinity War” money on something as hostile as “The Turin Horse” (those CGI potatoes would look so sick, bro).

That’s especially true of “Returnal,” which is as brutal as it gets. Roguelike fans are used to dying in order to move forward, but a palpable sense of progress is often more elusive here. Sure, you’ll occasionally unlock new artifacts and weapons that make Selene more powerful — the vast majority of which she doesn’t get to take into the next life — and each time you kill something with one of the game’s mega-satisfying future guns earns some experience towards helpful boosters (i.e. pulse waves that auto-fire out of your laser rifle), but it’s not like “Hades” where every attempt made you quantifiably stronger. On the contrary, “Returnal” players will often find themselves investing several hours into a thorough run only to get destroyed with nothing measurable to show for their efforts. Oh, and you can’t save your progress. That just seems petty. The game only crashed on me once, but it was deep into a two-hour run, and it’s a testament to its addictiveness that I didn’t just throw in the towel altogether.

Your only hope is to master the game’s rhythms and patterns; to learn how to play it the same way you might learn how to play a complicated piece of music. One day you’re getting pulverized by the mesmerizingly gorgeous Archonacts (aka giant flying metal squids whose codex entry promises: “You will experience volatile overgrowth petrifying horizons into unknown deaths”) that stalk the red desert biome, and the next you’re dancing around its homing missiles with the grace and dexterity of an Olympic gymnast. Few games have done a better job of making average players feel like they’re Twitch superstars, a sensation made possible by a lightning-fast combat system that’s been designed with the precision of an unaffordable Swiss watch. A “Hades” run might only take 20 minutes, yet blitzing your way through a heart-stopping two-hour suicide dash in “Returnal” makes every other roguelike feel slow by comparison. Add a grappling hook, a laser sword, human transporters, ghost dashes, a merciless reload mechanic, and room-clearing alt-fire options into the mix and you’ve got something too satisfying to put down.

The fun of it all is cold comfort for anyone who finds themselves back at Selene’s spaceship after being killed by the Citadel boss without as much as a souvenir from their trip (the game reloads so fast that it almost feels like a slap in the face), but every tidbit you learn about Atropos has a practical component that makes it easier to navigate the planet. It’s stomach-churning the first time you die in the second biome and realize that you have to beat the first biome all over again (save for the boss) just to get back to where you were, but “Returnal” eventually opens up in ways that allow you to choose the order in which you tackle the biomes.

That seismic shift underlines the game’s emphasis on measuring risk against reward: Do you skip straight to the Citadel and pray that your dinky sidearm will be enough to take down the flying metal eyeballs that swarm the third biome like a rocket-launching plague of locusts, or do you fight through the tower in the hopes that you’ll come out the other side with some power-ups? Do you attach one of the planet’s squiggling parasites to your body, or is the promise of 15% more protection not worth the inability to pick up new weapons? (the terms of these tradeoffs are random, but even after 25 hours it’s still funny to see Selene’s body covered in wiggly alien organisms).

Each decision points back to the fundamental question at the heart of the game: How do we get out of bed — or off the floor of an alien planet — and grind through the muck of our lives every day knowing that we’ll just have to do it all over again tomorrow? Knowing that any progress from one cycle to the next will be almost imperceptible, and the wolf will still be howling at the door no matter how hard we try to outrun it or shake it off our scent. After a while players mind-meld with “Returnal” so completely that it becomes impossible to tell whether the game is asking those questions of us or Selene, an unsettling encroachment that’s enhanced by the immersion of playing it.

The gorgeousness of the graphics can be distracting at first — especially before your eyes have been trained to read the alien environments and keep the mini-map in focus at all times — but the more you familiarize yourself with Atropos the easier it is to get lost in it. Awe is a common refrain in “Returnal,” even (or especially) in the midst of the most hectic battles, but the ambient storytelling is that much more expressive through detail than spectacle. That applies to the backdrops and the lighting effects and the way the planet’s fauna react to your presence, but it also applies to the ways that Housemarque uses the PS5 technology to blur the line between where you end and the controller begins.

That Cronenbergian flourish is best expressed through the game’s brilliant haptic elements, which allow you to know which gun you’re holding just by the resistance you feel in your hands, and to feel the pitter-patter of raindrops falling on your fingers. “Returnal” also makes full use of the DualSense controller’s built-in speakers, with reload effects and the sounds of alien wildlife spilling into your living room in auditory 3D. While “Spider-Man” and the “Dark Souls” remake showcased the system’s horsepower, and “Astro’s Playroom” insisted that Sony’s latest console wouldn’t just be more of the same, “Returnal” so inherently seizes upon what the new tech can do that it feels like nothing less than the first true PS5 game. Strangely, that promise has a material effect on the experience of playing it. No matter how many times Selene dies, and no matter how unfathomable it seems that you’ll ever have the ability or the willpower to defeat the boss that killed her, you just can’t shake the hard-won hope that tomorrow is still worth fighting for all over again.

“Returnal” will be available for the PlayStation 5 on Friday, April 30. This review was based off code provided by Sony. 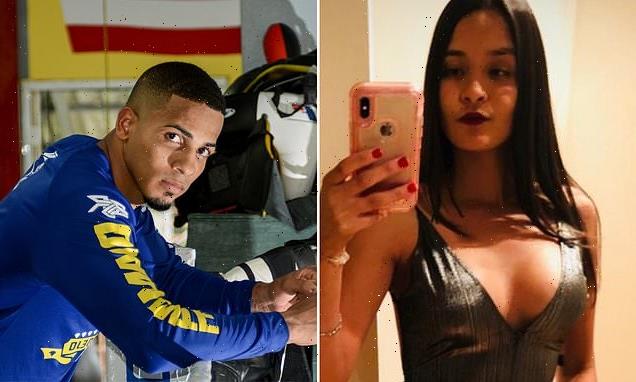