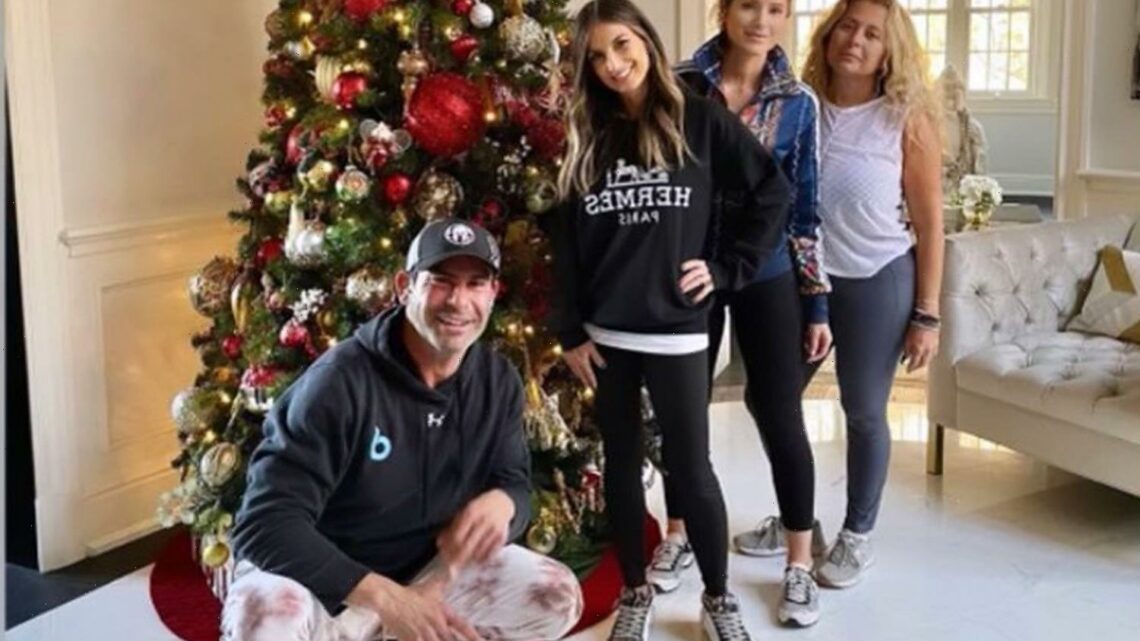 TERESA Giudice and her fiancé Louie Ruelas enlisted their kids to help decorate their massive $3million dollar mansion before Christmas.

The Real Housewives of New Jersey star finally abandoned the home she shared with her ex-husband Joe and moved into the new property last month. 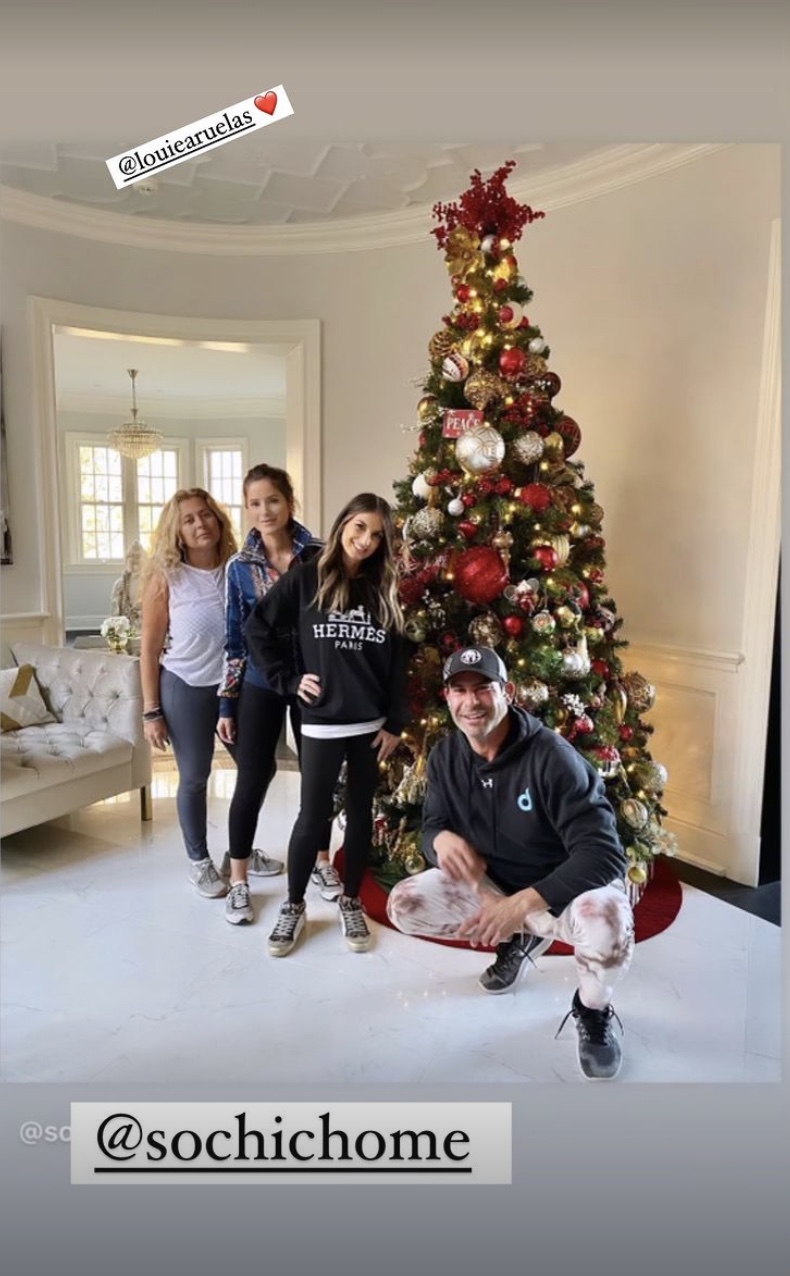 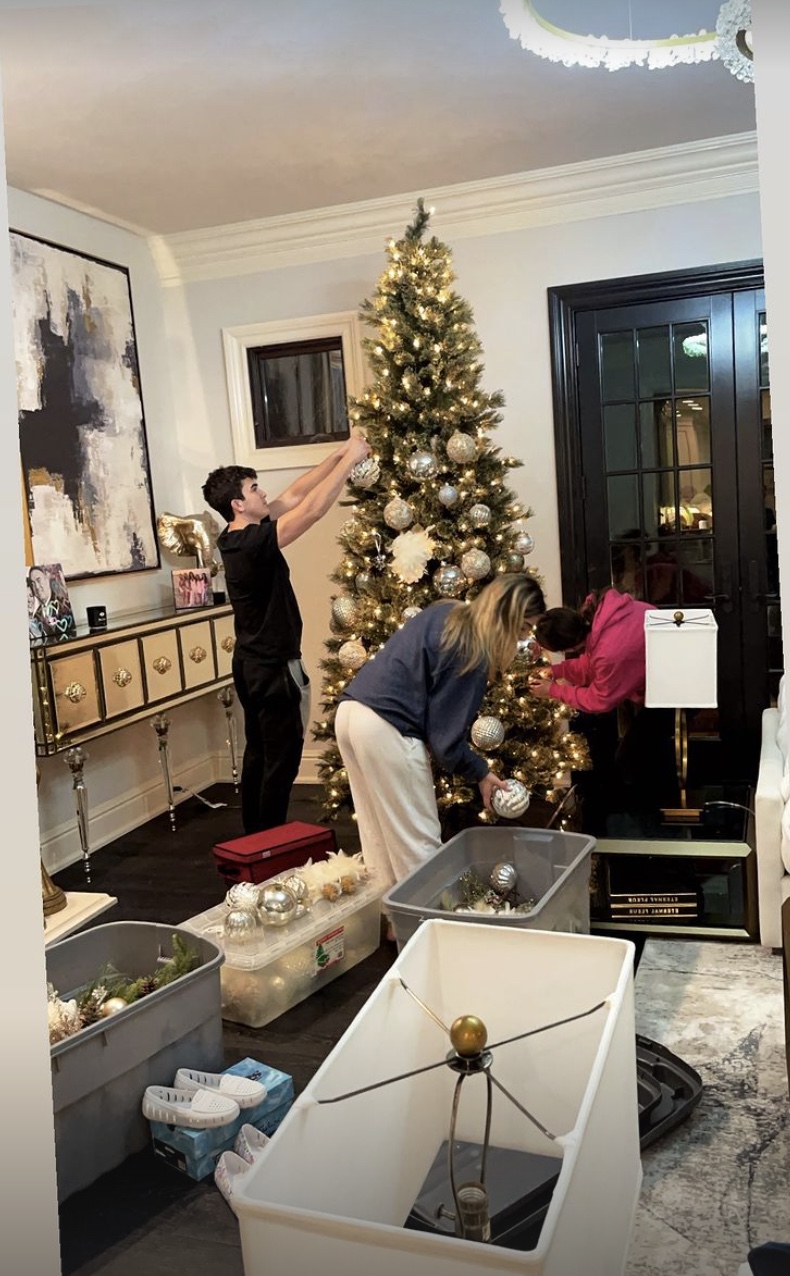 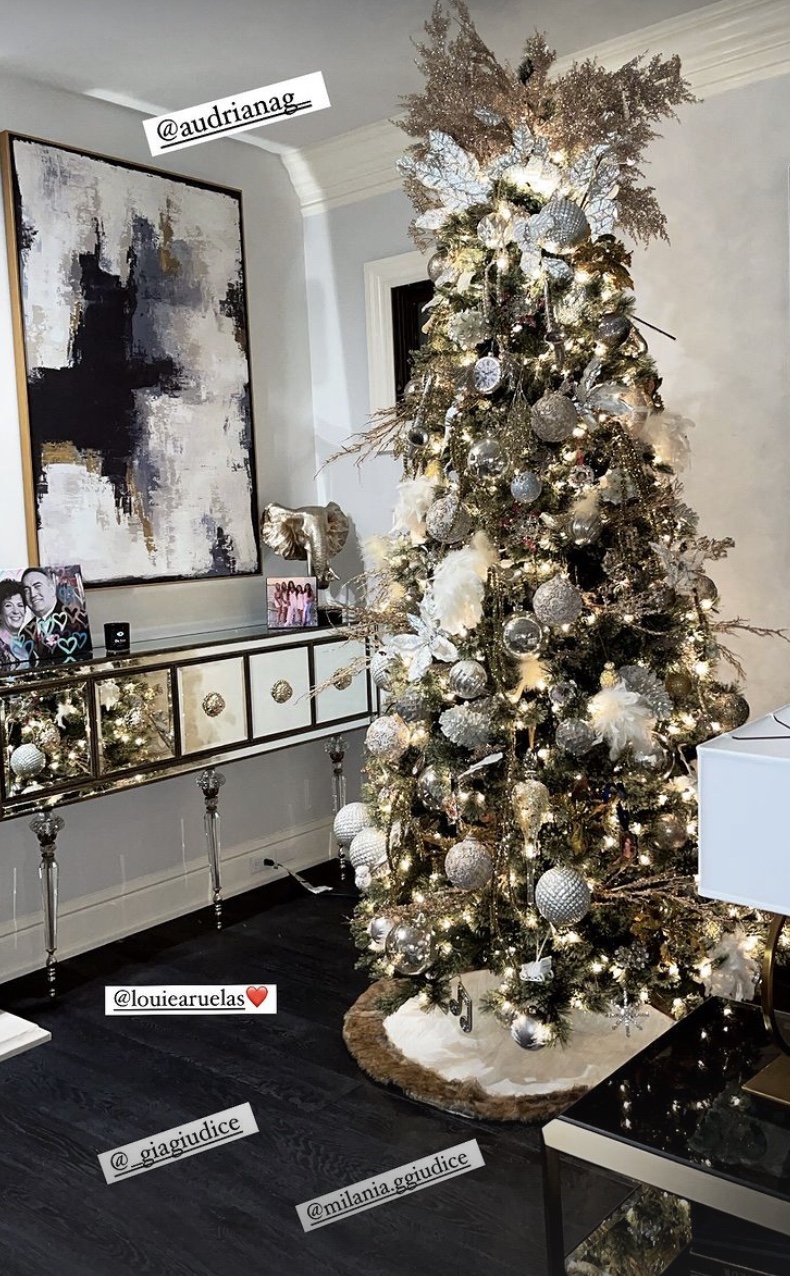 Teresa, 49, took to her Instagram stories on Tuesday to share a glimpse into the new mansion as she and Louie began decorating for Christmas.

The reality star filmed her four kids, Gia, 20, Gabriella, 17, Milania, 15, and Audriana, 12, as they added ornaments to several trees.

The TV personality and her beau hired interior designer So Chic Home to assist in the process, and the group posed in front of a completed Christmas tree in the sitting room.

The conifer was decked out in traditional ornaments of red, gold, and silver, and topped off with a bush of holly.

Later, one of Louie's sons joined in on the festive decorating as they dressed a second tree in just silver and gold with warm yellow lighting.

Teresa's daughter Milania took a quick break to wrestle with the family golden retriever, before returning to help out with the holiday decor.

The mother of four also snapped a photo of a large plate of chocolate chip cookies, complemented with a tray of sparkly Christmas ornaments on display.

A third tree, decorated by her youngest daughter Audriana, was over-the-top with a silver and white theme, finished off with fluffy feathers and sparkly silver leaves on top.

All the while fans were able to catch an inside look at Teresa's brand-new $3million mansion that she shares with her fiancé Louie, 46.

In early October, the Bravo star and her new man moved into the sprawling estate, which sits at 7,728 square feet and features seven bedrooms and seven full bathrooms.

The New Jersey native started dating Louie in late 2020, and the couple purchased the property just a few months later.

Though it reportedly began as just a real estate project, the two later decided to make it their home after their relationship turned more serious.

The businessman shared videos from their big move-in day, as his girlfriend said goodbye to the family home she shared with her ex Joe.

“It’s a beautiful day,” one of the videos was captioned, as the mansion’s sprawling green, manicured front lawn came into view.

The place featured landscaping of blooming flowers and full trees placed all around the property.

Leading up to the front door sat a long, brick driveway, and moving and crew trucks could be seen parked at the end.

“Move-in day,” interior designer Jessica Fratantoni wrote alongside a video, in which she walked up the brick driveway toward the entrance of the mansion.

A quick look inside the large kitchen was also shown, which featured a black and gold professional-style oven and stove combo.

There were white cabinets and countertops, along with a gold faucet for the sink.

“It takes a village,” a caption read for one video as a crew of people helped move Teresa and Luis’ dishes and cookware into the kitchen.

The busy mom's backyard includes a flower-filled garden with a massive lounge bed for sunbathing right next to it.

Teresa and Louie announced their engagement on October 21 after one year of dating.

She was previously married to Joe Giudice, but in September of 2020, the couple divorced after a 20-year marriage. 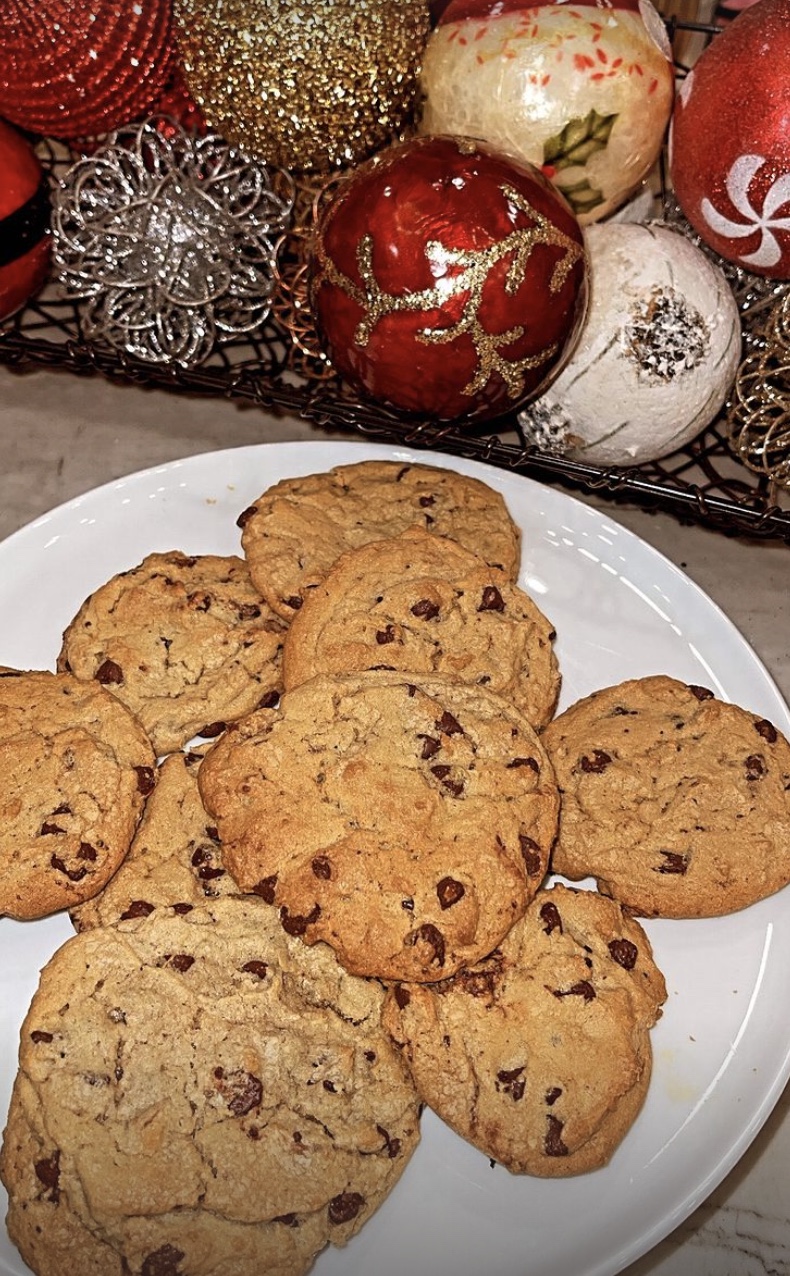 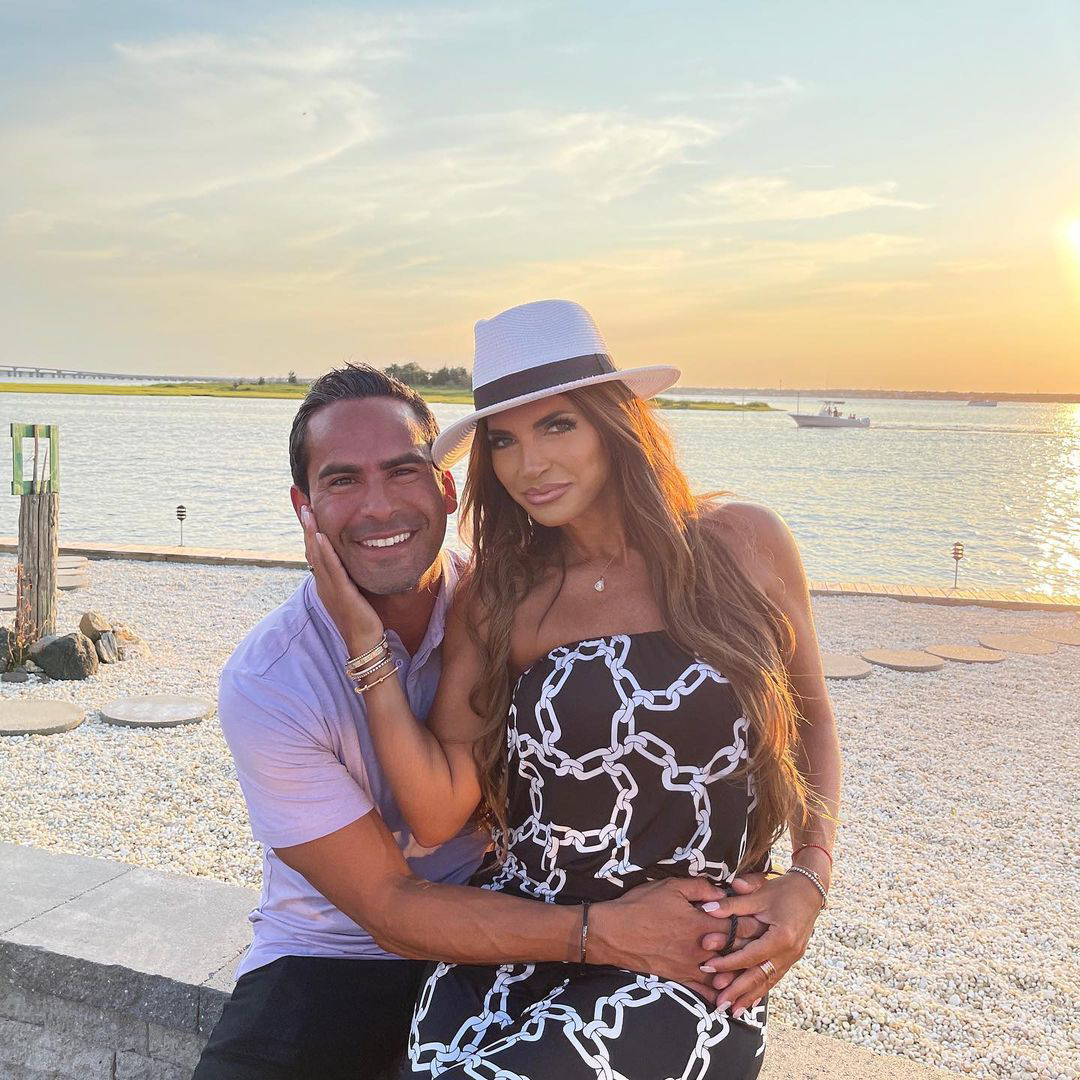 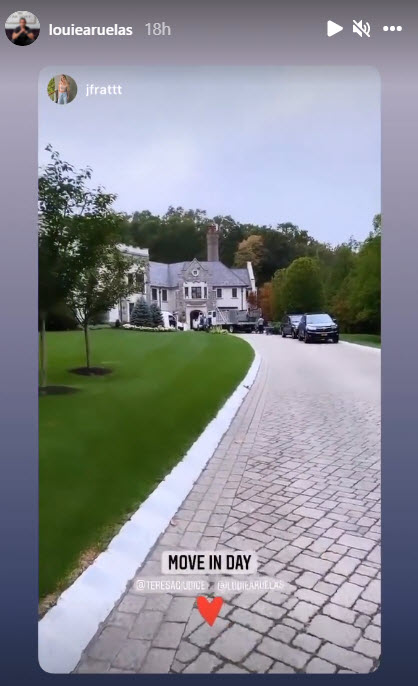