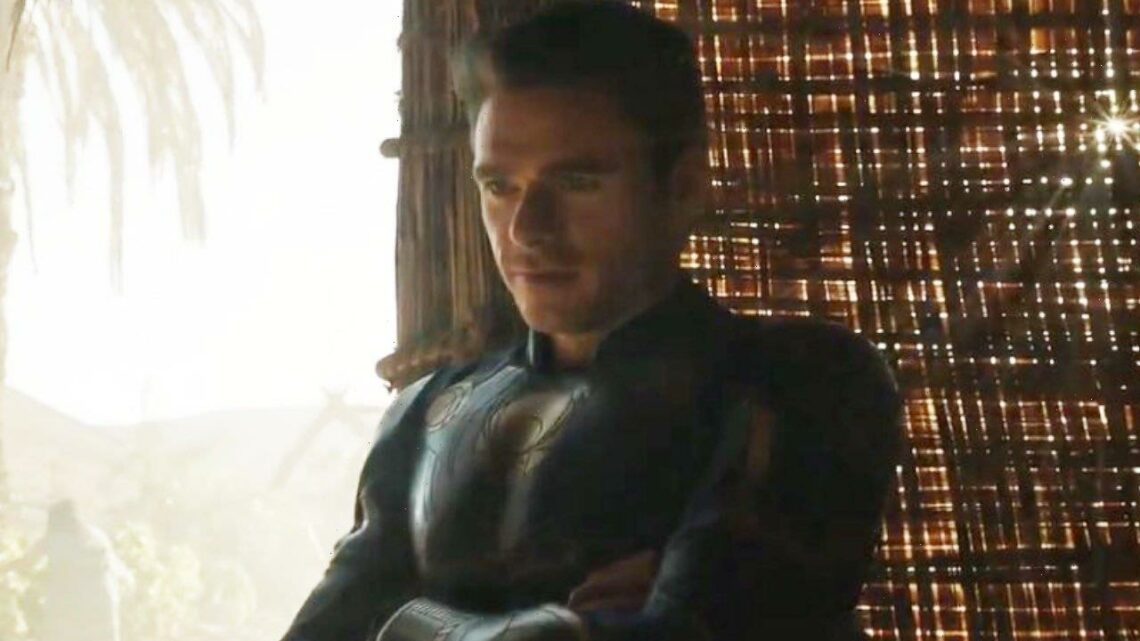 The actor who plays Ikaris in the upcoming superhero movie opens up that he’s physically drained by the end of the comic book movie filming and explains why.

The 35-year-old actor plays the role of Ikaris, who can fly and project cosmic energy beams from his eyes, in the hotly-anticipated Marvel movie, and he spent a lot of time on wires to perform the flying scenes, which took its toll.

In a new interview with Wonderland Magazine, Richard spilled, “There was a lot of time on wires because my character flies, which was just physically f**king draining.”

On the “lightness” the complex characters bring to the film’s “heavy” end-of-the-world subject matter, he teased, “They’re all very complicated people in Eternals, but hopefully that can also help us bring a lightness to some heavy subject matter in terms of the story because I think when you live that long you’ve got to have a bit of a smile to yourself. You’ve got to laugh at life.”

The “Rocketman” actor added how “humanising” the Eternals are.

“Yeah, that’s the whole thing,” he explained. “That’s what we want. In this, you get to see me in these huge costumes and in this kind of mad, superhero detached way.”

“Then we get to play with the element of just being people who have known each other for a long time, who, when you’ve experienced everything in the world, what is it they can learn? That’s what we found interesting and humanising. Then we got dress up in there, the fun, which is real life isn’t it?”

Why Jackie Kennedy Hated The Idea Of Being A Housewife