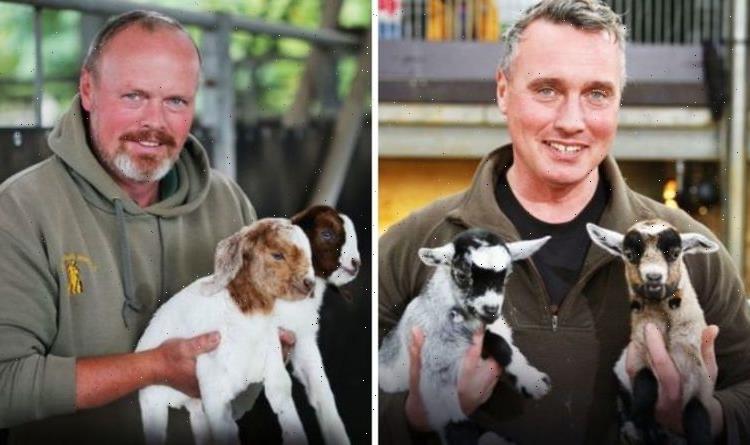 This Week on the Farm: Jules Hudson tries a whelk

Much loved brothers Rob and Dave return to screens tonight for the first instalment of season three of This Week On The Farm at 9pm on Channel 5. The show sees Helen Skelton and Jules Hudson join Rob and Dave to present footage from Cannon Hall Farm in South Yorkshire. Tonight’s episode will see the farmers look at changing their combine harvester from a relatively old machine to one that is new and hi-tech.

The show has also teased a very special visit from an unnamed “royal guest”.

The Nicholson brothers, who have entertained their fanbase for years through various Facebook Live videos, come from a farming dynasty that can be traced back to the 17th century.

Their farm is award winning, and while being a working one, it also plays host to more than 320,000 visitors annually.

In the Nicholson family’s book Living Our Best Lives: Cannon Hall Farm, Rob and Dave’s father, Roger Nicholson recounted a moment where he risked his own life to save that of his animals.

At the time Roger was just a teenager but “saved the farm in more ways than one” and became a “family hero”.

Upon returning home from school, a young Roger had “the unmistakable smell of smoke hit his nostrils and his heart started to beat faster”.

The book reads: “For any farmer, a fire can be devastating, destroying livelihoods in a matter of minutes.”

As the young man rounded the corner he came to see “a huge blaze where stacks of corn were stored” while wind was blowing smoke towards where the animals were kept.

The book recalls: “There was no time to call for any help as the animals would suffocate if the smoke got to them.

“Thick plumes were billowing from the base of the stack and Roger could hear the animals grunting and lowing in fear.”

The book continues: “With lightning quick thinking Roger decided that the calves should be moved first and the piglets second as the smoke would be less toxic at ground level.

Don’t Miss:
Vladimir Putin on brink as Alexei Navalny ‘can overthrow his regime'[OPINION]
Emma Raducanu tipped to be multimillionaire in next few years[ANALYSIS]
Verhofstadt’s EU army dreams in tatters as plan would ‘divide Europe'[INSIGHT]

“As the flames licked the ground in the stockyard, Roger ran into the barn making a beeline for one of the terrified little claves that was twitching in distress.

“He hauled it up into his arms and swiftly carried it to the empty bull shed across the yard away from the fire.

“He then turned his head on his heels and fetched the second one, then the third, and then headed back in to save the pigs that were squealing and charging around the barn desperately looking for a way out.

“Each time he placed an animal down in the empty shed, he’d take a big gulp of air and battle back in.”

Roger saved every single animal, while luckily a passer-by called the fire service before the farm was destroyed.

According to the book two other farms had been victims of arson that night and when Roger saw his parents Charlie and Rene after the incident, they appreciated how he had saved the animals and their livelihoods.

The book says: “It dawned on Charlie that his son had not only been single-handedly dealing with the fire, but he had also saved the animals.

“Charlie scolded Roger […] but recognised his son was indeed a true farmer for saving the animals first.

“They all understood how close they had been to losing everything.”

Watch This Week On The Farm at 9pm on Channel 5.

She Said Yes! Jordana Brewster Is Engaged to Mason Morfit