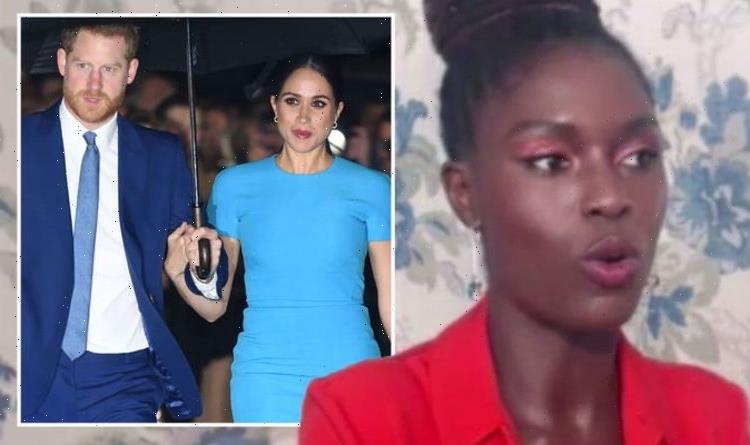 After making her debut as Anne Boleyn in the Channel 5 historical drama on Tuesday, actor Jodie Turner-Smith joined Good Morning Britain’s Richard Arnold to discuss taking on the iconic role. Jodie made history as the first-ever black actress to portray the Tudor queen on-screen and outlined how much landing the part meant to her. However, elsewhere in the interview, the star shared also shared her opinions on Prince Harry and Meghan Markle’s exit from the Royal Family, since which they’ve claimed some royal members had expressed “concern” over their child Archie’s skin colour.

Prince Harry and Meghan Markle’s departure from the Royal Family has dominated the news cycle for much of 2021 thanks to the pair’s tell-all interview with Oprah Winfrey.

In the lengthy discussion, both Harry and Meghan made explosive claims about the royals, from “concerns” about son Archie’s race to the Duchess of Sussex contemplating taking her own life.

And after garnering such worldwide attention, as a result, GMB’s Richard was keen to hear the Anne Boleyn star’s thoughts on Meghan’s introduction and fallout from the monarchy.

He asked Jodie: “What’s your view of Meghan and Harry’s role now and how her life has moved forward obviously outside the Royal Family and how the institution itself can evolve?” 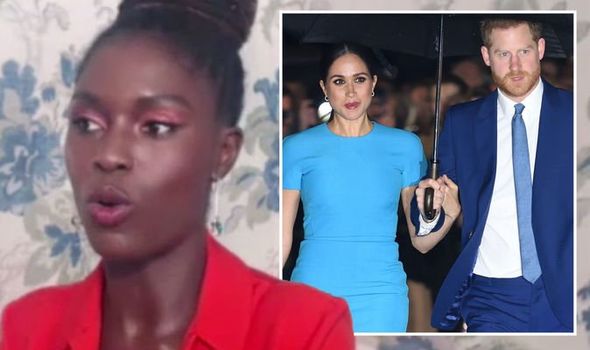 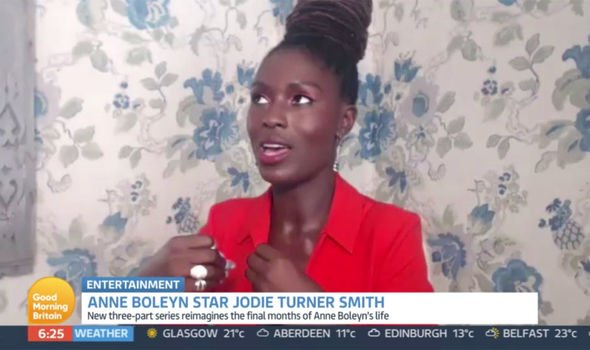 Jodie replied: “There is a lot of resistance to new things that can push that institution forward in a way that more represents the world today.”

The Anne Boleyn star then took aim at the Royal Family, insisting the Duke and Duchess of Sussex could have been backed and “embraced” more.

“I think they could’ve looked at this marriage and that relationship as a way to evolve,” she added.

“(They) could have embraced it and embraced her fully and protected her, you know, and protected their son in a way that made him feel like he didn’t need to leave. 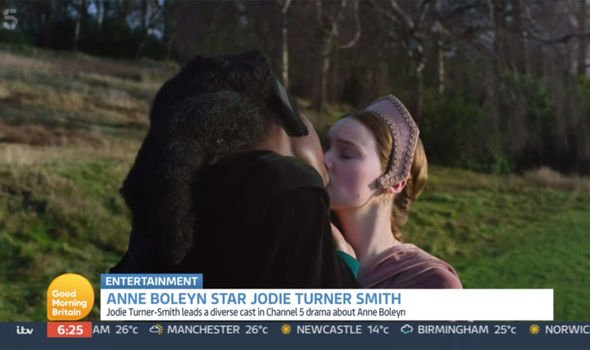 Following the claims made by Prince Harry and Meghan once the interview aired on CBS in the USA and ITV in the UK, Buckingham Palace released the following statement.

It read: “The whole family is saddened to learn the full extent of how challenging the last few years have been for Harry and Meghan.

“The issues raised, particularly that of race, are concerning. Whilst some recollections may vary, they are taken very seriously and will be addressed by the family privately.

“Harry, Meghan and Archie will always be much-loved family members.”

Elsewhere in the interview with Richard, Jodie touched on how important her casting as the historically white figure had on herself and actors of colour as a whole.

“How important is it as a black actor to you top be given the opportunity to tell these stories?” Richard asked Jodie.

The Channel 5 drama’s leading star replied: “The more we allow actors of colour to enter into roles and to be telling stories that are primarily, for so long, been inhabited by white people,

“The more we’re going to see that it is actually relatable to all of us.”

She continued: “It is just absolutely brilliant to get to work with a group of women telling a woman’s story.

“We shift ourselves away from the male gaze and we are really focussing on female gaze.