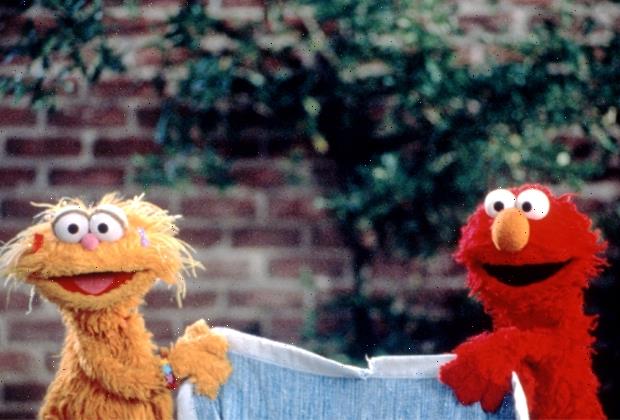 Sesame Street‘s Elmo wants you to know that he and Zoe are still best friends — even if he’s not a fan of her pet rock, Rocco.

The furry red Muppet took to Twitter on Wednesday to give an update on their friendship status after newly resurfaced videos showed his longstanding disdain for the inanimate object.

“Don’t worry everybody! Elmo and Zoe practiced sharing and are still best buds forever! Elmo loves you Zoe! Ha ha ha!” he assured fans. And while they might still be besties, the same cannot be said for him and Zoe’s definitely-not-real pet rock. “Elmo doesn’t want to talk about Rocco,” he adds.

Rocco was first introduced in Season 30, which ran from 1998 to 1999 on PBS, and has been used to gaslight Elmo ever since. Zoe treats Rocco like it’s real despite it not moving or speaking, which continually exasperates Elmo.

In the episode “Elmo feels he’s treated unfairly by Rocco,” which aired on May 3, 2004, Elmo asks his friend Gabi (played by Desiree Casado) for an oatmeal raisin cookie, which happens to be his favorite. But Zoe explains that the cookie is meant for Rocco, who really wants to eat it. This sends Elmo into a tizzy in which he rants, “How!? How is Rocco going to eat that cookie, Zoe? Tell Elmo! Rocco doesn’t even have a mouth! Rocco’s just a rock! Rocco’s not alive.” OK, but where is the lie?

How do you feel about Elmo’s feud with Rocco? Is he in the right, or should he learn to be more imaginative? Sound off in the comments!

Cheryl reveals she does all her own housework, barely exercises as she gives rare glimpse inside her life
Recent Posts