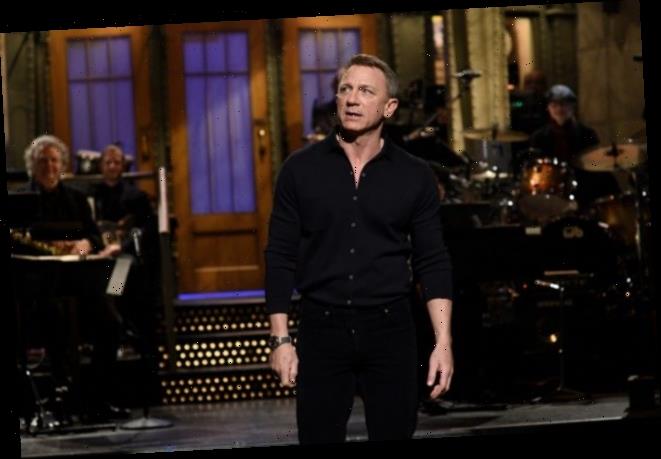 Daniel Craig doesn’t exactly have a reputation as a comedic star. But the actor — who’s been playing James Bond since 2006 — actually has a lot more range than most moviegoers give him credit for. Over the years, his roles in hit films such as Munich and Layer Cake have given him an undeniable tough-guy persona on-screen.

But with Craig’s run as Bond coming to an end, he returned to Saturday Night Live. This second hosting gig felt designed to remind fans of everything he could do. In the process, the actor also made a subtle transition from Bond to his next franchise role.

Taking the stage for his SNL monologue, Craig immediately toys with audience expectations. First, he disregards then embraces the fact people assume he’s just like James Bond. Craig’s hosting gig was likely intended to promote No Time to Die. But of course, that didn’t work out as planned.

As Craig mentioned, his final appearance as James Bond was pushed from an April 2020 release to November 2020 due to coronavirus concerns. Craig thanked Fleabag star Phoebe Waller-Bridge — who has also hosted SNL recently — for her hand in the film’s screenplay. Then Craig led into a “sneak peek” of the film, which no one expected.

The sequence, of course, turned out to be a pre-taped comedy sketch in which Craig’s Bond has a lucky streak during a visit to a casino. In the scene, we see a joyful and happy-go-lucky Bond who just can’t seem to roll the wrong dice. He even eschews his normal drink order and appears visibly flustered at his unmissable good fortune.

Considering Craig’s brooding Bond, the scene gets a lot of juice out of simply letting him off the leash. But it also feels like a fitting farewell from Craig to the character. After all, Craig famously has stated he doesn’t enjoy playing the role. In part, this is due to the physical strain on the now-52-year-old star. But it’s also notably in part because Bond is so stoic and dour.

In recent years, Craig has shown an increasing desire to diversify his filmography. The Adventures of Tintin and especially Logan Lucky gave Craig the chance to be more than Bond. So the SNL sketch features both his most famous role and acknowledges his desire to have more fun playing him. We don’t know what Bond will face in No Time to Die, but it’s safe to say it won’t get quite this zany.

In a way, that opening gave Craig the chance to say goodbye to Bond on his own terms. SNL also gave the star the perfect way to ease fans into his next big franchise role: Knives Out‘s Benoit Blanc. Midway through the show, a sketch featured Beck Bennett as an accent coach who helps Craig develop Benoit Blanc’s Foghorn Leghorn-style drawl.

Craig earned critical acclaim — and a Golden Globe nomination — for playing the Southern detective. Writer/director Rian Johnson’s Oscar-nominated murder mystery brilliantly balances comedy and suspense. Moreover, it gives Craig the chance to lend some gravitas as well as tap into his comedic skills.

Knives Out earned more than $300 million against a $40 million production budget. So, of course, a sequel is in the works with Craig reprising his role for a brand-new mystery. We don’t know a whole lot about the film. But seeing Craig have a blast as Johnson’s own take on Agatha Christie’s Hercule Poirot is enough for us.