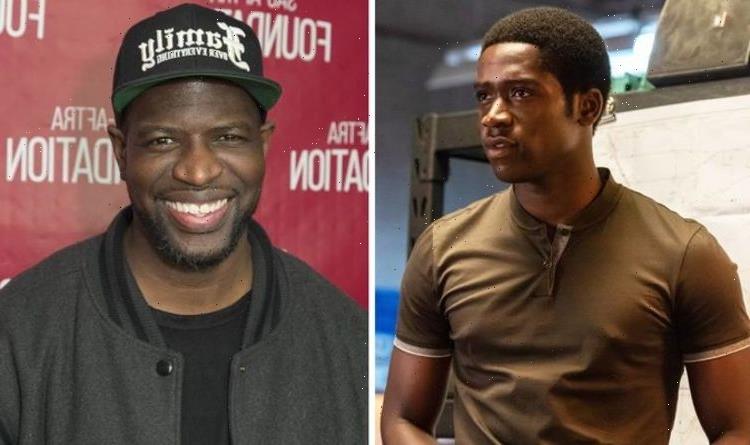 Snowfall is the gripping period drama, set in early 1980s Los Angeles, at the beginning of the crack cocaine epidemic. The FX series follows those who were leading the way in the drug trade at the time, eager to make their way in the world with money, power and influence. While Snowfall is a worldwide hit, one of its stars decided they would rather pursue a different path.

Why did Kwame Patterson leave Snowfall?

Actor Kwame Patterson has been in various series and films during his career.

These include Bosch, Lethal Weapon, The Outpost, The Hustle and American Crime Story just to name a few.

The 33-year-old was looking forward to being part of the Snowfall cast until the pandemic caused problems.

As with the rest of the entertainment industry, filming for Snowfall was put on hold thanks to the Covid-19 restrictions.

So when filming for episode four, series four was postponed, Patterson was no longer available.

His schedule meant he had already signed up for OWN’s (Opray Winfrey Network) David Makes Man.

The drama set in south Floria is a coming-of-age story about a teenage prodigy who attends a school for academically gifted youngsters.

When it came down to choosing to star in either Snowfall or David Makes Man, Patterson chose the latter.

Explaining his reasons to TV Line, he said: “For me, it was a no-brainer between David Makes Man and Snowfall.

“I’ve played gangsters and drug dealers on TV all the time.

“But David Makes Man gave me a chance to step into a role with a different perspective, nuance and emotion and it has given me a chance to show the world that I could do something different.”

Patterson gave the creators of Snowfall some warning beforehand so they could make some changes to the script.

He said: “They rewrote the scene with Lurp telling Franklin, ‘I can’t be in this world anymore.’

“Then I flew out to Florida and I told them I was taking my talents to South Beach.”

The drama came back for a second season last month where it was set 15 years in the future.

Snowfall will also be returning after being renewed by network FX.

The series was last seen in April but will be back for season five.

So far though, a release date hasn’t been revealed for the upcoming series.

Snowfall is available to watch on FX.

I gave birth to an 11-pound baby, my man was gobsmacked & we couldn’t even do up her newborn clothes