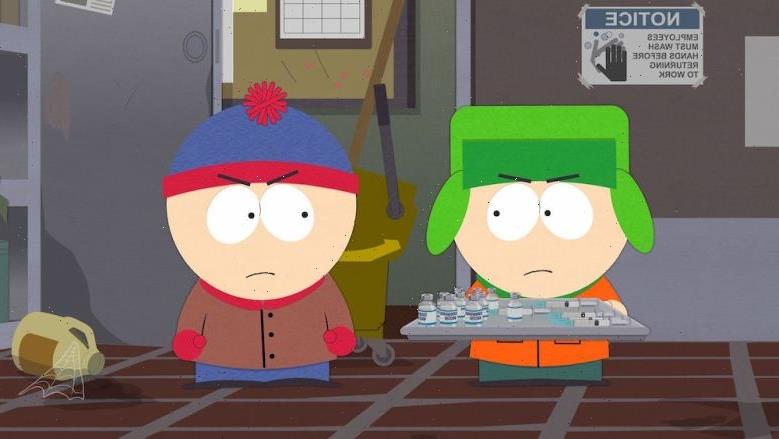 Unlike Kenny, adult animated-comedy series never die, and “South Park” is still kicking over 25 years in. The Comedy Central institution will premiere its 26th season on February 8, the cable channel announced Friday.

Created by Trey Parker and Matt Stone, the series is set in the titular (and fictional) small town in Colorado, and follows four best friends — Stan Marsh, Kyle Broflovski, Eric Cartman, and Kenny McCormick — as they deal with a variety of (often topical, frequently demented) problems throughout the city and beyond. A regular creator of controversy since its 1997 premiere, “South Park” has remained one of Comedy Central’s most-popular series, as well as one its most acclaimed, winning five Primetime Emmy Awards and a Peabody Award over the course of its run.

Although “South Park’s” six-episode 25th season premiered a year ago, Season 26 won’t be the first new “South Park” since then. As part of an expansive overall deal with MTV Entertainment Studios and Paramount, Parker and Stone released a two-part special for Paramount+, “The Streaming Wars,” which premiered in June and July of last year. The special was the third in 14 planned “South Park” specials set to air on Paramount’s core streaming service; “The Streaming Wars” followed 2021’s “South Park: Post Covid” and “South Park: The Return of Covid.” In an interview that year, Parker and Stone described the their $900 million Paramount Global deal as one providing them “fuck you money” to create whatever they want and do whatever they want with the series.

“The show is 22 minutes. It’s a sitcom. It is ancient, in a way. But we still really love that. There are ‘South Park’ episodes that are high concept enough where if you wanted to make a movie you could. We wanna scratch both itches. We feel like we can,” Stone said in the interview. “We have this idea where the first ones for Paramount+ are ‘South Park’ but not quite. We have a high concept idea for the first one to set it apart. But right after that we go back and do a six-episode run for Comedy Central and HBO Max, probably at the end of this year or early next year. The classic kind. But the movie first, either in one part or broken up in two. We think of it creatively as one big piece. Like a 90-minute movie.”

Under Parker and Stone’s deal with MTV, “South Park” is expected to air on Comedy Central through 2027, for a total of at least 30 seasons from the animated comedy.

“South Park” Season 26 episodes will air Fridays on Comedy Central. The channel released a teaser for the upcoming season; take a look below.