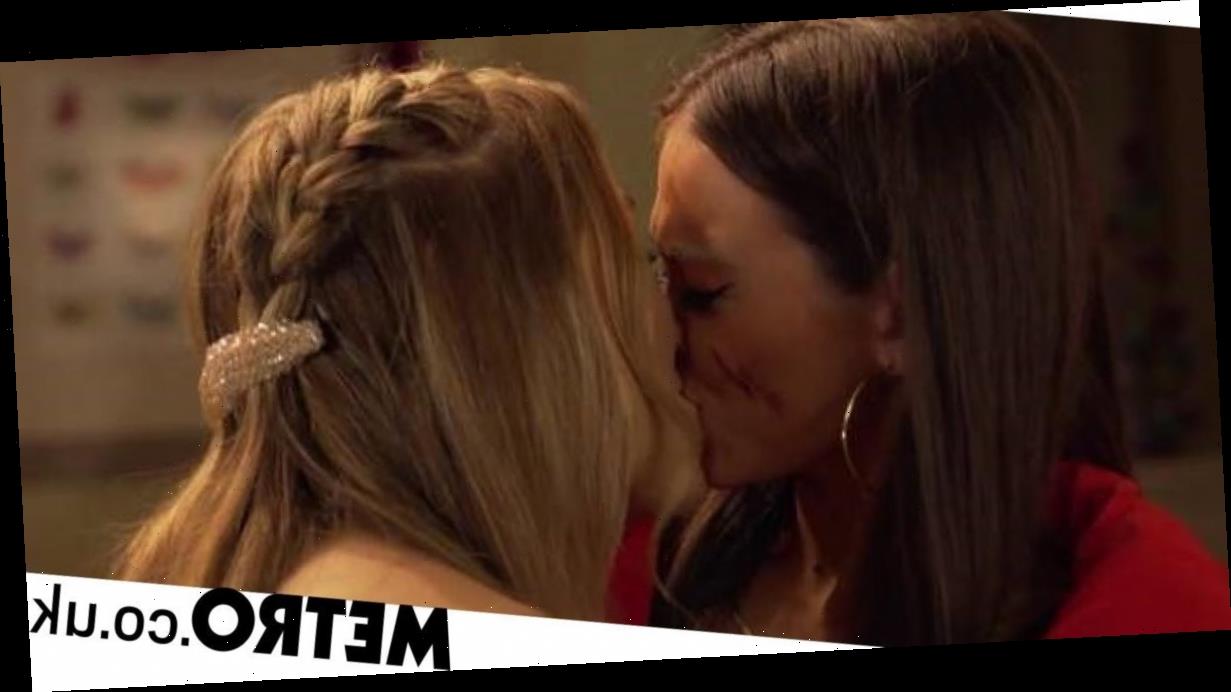 The new year flash forward episode of Hollyoaks threw up the bombshell that best pals (and often frenemies) Juliet Quinn (Niamh Blackshaw) and Peri Lomax (Ruby O’Donnell) would declare their love for one another by the time that 2021 dawns.

And Niamh has revealed that she has already started filming scenes which will see hints about her alter ego’s sexuality come to light.

Speaking to Metro.co.uk, she said: ‘In scenes we’re filming at the minute, which obviously won’t be out for a while, there’s little suggestions that Juliet’s sexuality isn’t just — or at all — boys.

‘She’s exploring it. She’s finding different feelings, and finding herself. She’s having more to do with Peri, so there’s suggestions that there’s more to this relationship than just friendship, but I don’t know how it’s going to develop.’

And another thing she is not privy to is who is in that body bag – it could even be her!

But there is plenty to come before that, as Niamh revealed.

‘She is scared, she knows the risks. She knows the consequences if she’s caught, but she’s grown up with it, but she also knows how to work around it. So, as much as she’s nervous, she’s not overwhelmed, because she knows that she’ll be able to get through it.

‘She feels awful after the arrest. She can’t wait to get out and never do it again, but obviously she’s a lot deeper in now than she realises, so it’s not going to be easy to just say no and goodbye.

‘She is very concerned also about how James and Marnie will view her. She doesn’t want them to know what she’s been getting up to, because she doesn’t want to disappoint them. She knows what she’s doing is wrong, but what she fails to see is that she is actually a victim of the group, but she doesn’t see that, so she doesn’t feel like she can talk about it because in her mind she’s done wrong, she’s in the wrong and she’s got to be punished.’