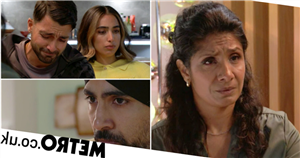 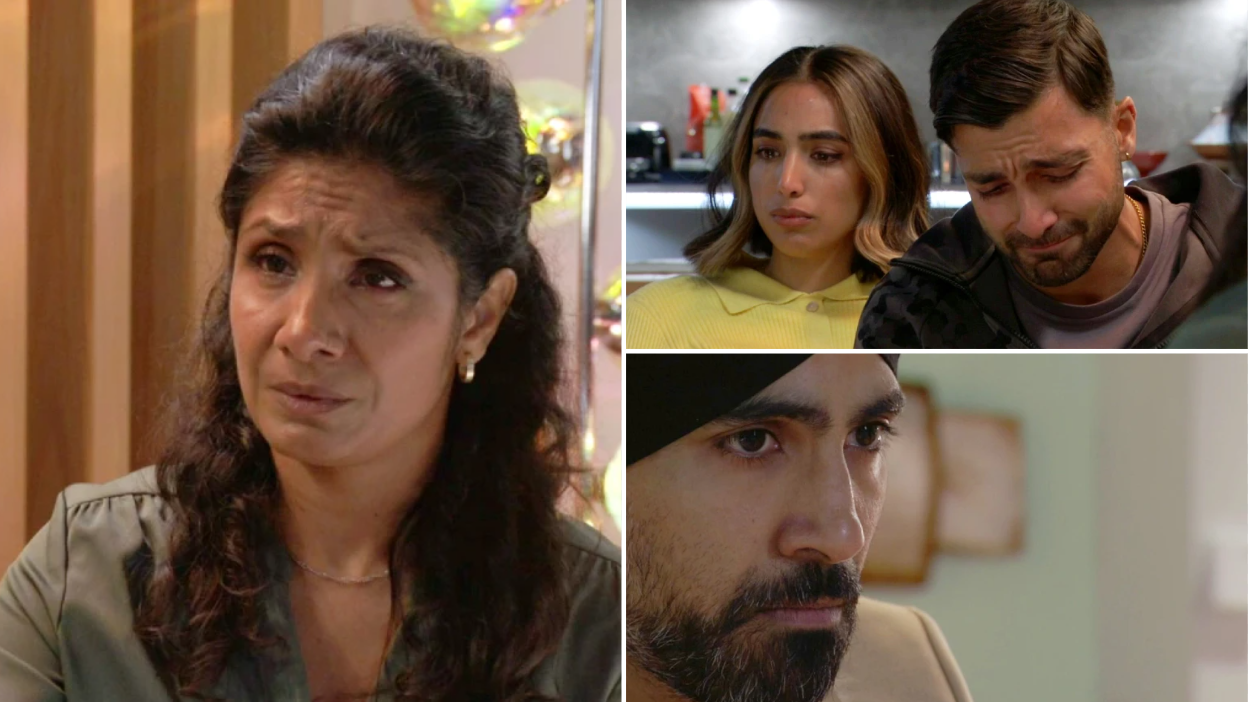 Tonight’s EastEnders opened with Kheerat (Jaz Singh Deol) in a murderous rage at Ben (Max Bowden) after last night’s revelation that he’d stopped Kheerat’s brother Jags (Amar Adatia)’s protection in prison – a move which led to Jags being killed. But there were even more shocks in store for the Panesar family.

As Kheerat lunged at Ben, his hand gripping the other man’s throat, an incensed Ash (Gurlaine Kaur Garcha) urged him on. ‘Do it!’ she yelled, willing him in the heat of the moment to kill Ben in revenge for her brother’s death.

As Ben started to lose consciousness, Suki (Balvinder Sopal) knew she had to intervene and what she said next stunned her three remaining children and Stacey (Lacey Turner), who was there with Kheerat. She told them that she was responsible for Jags being in prison in the first place, as she’d let him take the rap for Vinny (Shiv Jalota)’s crime.

This had the desired effect on Kheerat as he let go of Ben. Stacey insisted that Ash check Ben and she said he had a pulse, but it was clear that he’d only been moments from death.

In the aftermath of this, Suki attempted to explain herself to Kheerat. ‘His blood is on my hands and there’s nothing I can do about that,’ she told her son, saying she would take it all back in a heartbeat. ‘You have no heart,’ Kheerat replied.

Vinny was devastated. ‘He died to save me,’ he said. Meanwhile Ash was furious and was set to call the police on her mother for falsifying evidence, but Suki reasoned that they would reopen the case and Vinny would be back in the frame.

Kheerat was determined he wouldn’t lose another brother. ‘This is down to Ben and her,’ he told Vinny. While the Panesar children are firmly sticking together to support each other as they process this new information, one thing is clear – Kheerat is not prepared to forgive Suki and told her, ‘We’re done.’

Has Suki lost her children forever?

Kim Richards Admits She and Kyle Don’t Talk Much — Are They on Good Terms?
Recent Posts