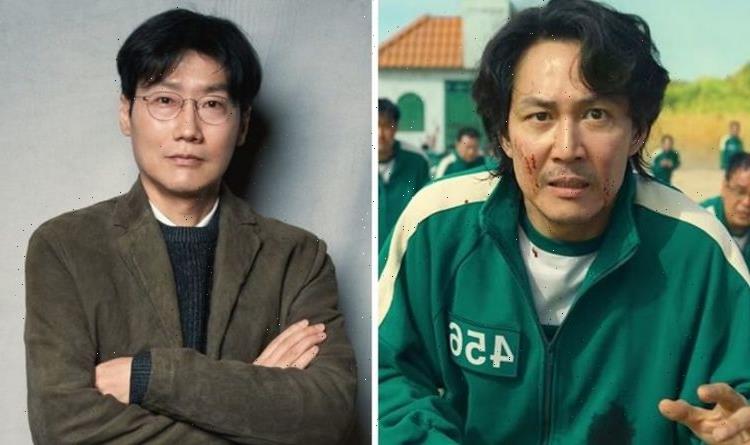 After landing on Netflix in September, the Korean horror series Squid Game took the world by storm and became a global phenomenon. The show broke multiple records on the streaming platform and left viewers asking for more. Thankfully, director Hwang Dong-hyuk confirmed he would create a sequel and unveiled another update.

The southern Korean horror series was widely praised as it took audiences and social media on an unexpected journey.

Squid Game followed the lives of 465 people competing in a gruesome competition to win a monetary prize with a value of roughly £28.2 million.

The players were forced to play a series of children’s games with a fatal twist, which captivated viewers while highlighting the reality of poverty and capitalism through Seong Gi-hun played by Lee Jung-jae.

Although Hwang Dong-hyuk originally intended for the show to be a miniseries, there was a high demand for season two, which he later confirmed would be created.

In an interview with Deadline, the director revealed: “It would almost not make sense to not have a sophomore season for something that was loved.

“So I think that there will be season two but as for when that’s going to be, I can’t give you an answer, I will say though that we are definitely talking about it.

With the second season finally confirmed, fans have taken to social media to share multiple theories about Gi-hun’s fate.

Hwang had previously disclosed it took 10 years for Squid Game to hit the screen, thankfully with the show’s increasing popularity, it’s safe to say season two won’t take as long.

The director also shared his original plans for the show: “I finished the script in about 2009 but at the time, I had actually written it as a feature film script.”

Squid Game’s success broke multiple Netflix records as it was streamed for over 3 billion minutes across its second week alone.

This resulted in the show which was written, created and directed by Hwang, Netflix’s most-watched series to date.

By surpassing 1.9 billion streams in its debut week, Squid game joined the exclusive “3 billion club,” alongside other Netflix shows such as Ozark, You and The Crown.

Considering the finale, it’s likely Gi-hun will return to the games to uncover more about the mystery behind the game.

With the majority of the cast from season one dead, there is a chance fans will see a whole roster of different characters.

However, there is a possibility some of the fan-favourites could make a posthumous appearance in season two during flashback scenes.

Additionally, fans are looking forward to seeing what happened to the police detective Hwang Jun-ho (Wi Ha-joon) who was caught after infiltrating the games to find his brother.

After uncovering the shocking truth about his missing brother, viewers didn’t see whether he survived his fall into the ocean.

The actor told Deadline his hopes for the character: “I want him to return alive, find his brother and ask him tons of questions.

“As a brother, I would ask him sincerely. As a detective, I want to explore the overall secrets behind the game as well.

“I really hope to see Jun-ho come back alive and explore all these questions,” Hwang concluded.

Squid Game is available to stream on Netflix

Antonio Brown shares his side of Bucs outburst, plans to play again

Notes On The Season: Awards Weekend Blues; Why Ariana DeBose Can Make Oscar History And How Sidney Poitier Already Did
Recent Posts