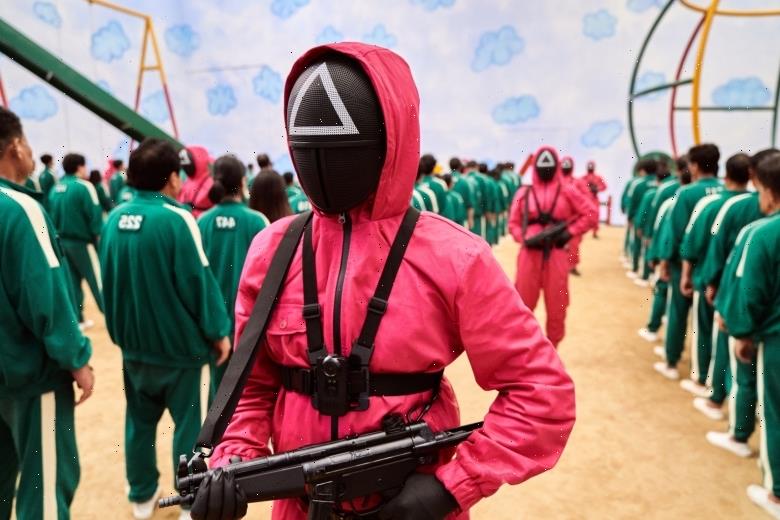 The Sun reported that cast members of Netflix reality competition series “Squid Game: The Challenge” required medical attention while filming during freezing weather conditions in an airplane hangar. Per The Sun, the 456 people competing for a $4.56 million prize were playing a game of “Red Light, Green Light,” also known as “Statues,” in minus 3 degrees Celsius weather, roughly 26 degrees Fahrenheit. Contestants had to remain completely motionless for the game, with some unable to move their feet due to the cold.

The series began production on January 23 in Cardington Studios in Bedford, England. Netflix reportedly gave contestants hand warmers and thermal underwear to wear while in the freezing weather conditions.

Fewer than five players required medical attention. One contestant also injured their shoulder after accidentally running into a wall.

“You could hear someone yell ‘medic’ and the crew would rush on,” one source told The Sun. “We ended up standing there for 30 minutes between takes.”

A spokesperson for Netflix told Variety, “We care deeply about the health and safety of our cast and crew, and invested in all the appropriate safety procedures. While it was very cold on set — and participants were prepared for that — any claims of serious injury are untrue.”

Variety added that only 288 contestants moved forward after the initial “Red Light, Green Light” challenge and will continue for the rest of the game.

“I think that even though our show does carry quite a heavy message — and I know that there are some concerns of taking that message and creating it into a reality show with a cash prize,” Hwang said backstage at the 2022 Emmys. “However, I feel like when you take things too seriously, that’s really not the best way to go for the entertainment industry. It doesn’t really set a great precedent.”

Pope Francis calls for the global decriminalization of homosexuality