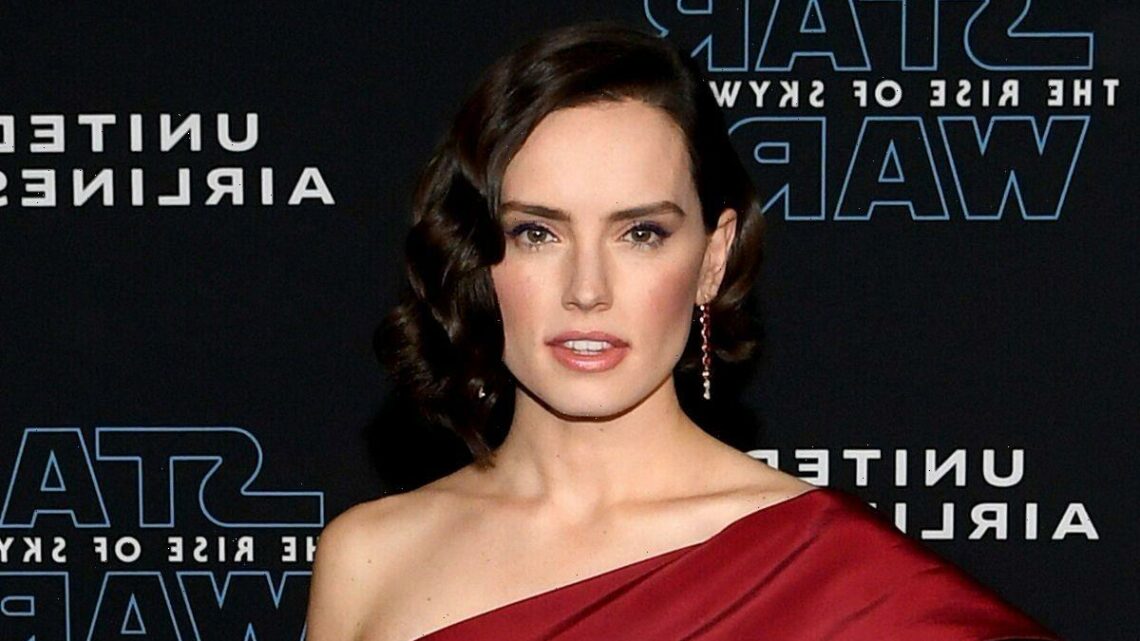 Star Wars actor Daisy Ridley has broken her silence about the Disney franchise by offering some advice to the next generation of galactic freedom fighters. Rey was last seen in The Rise of Skywalker in a major cliffhanger ending, leaving her fate a complete mystery – but will Ridley be returning as the Jedi?

Get Disney+ For Lowest Ever Price!

Ridley was recently quizzed about the future of the Star Wars series. Next on the docket for streaming service Disney Plus is The Acolyte, a prequel series to the prequel movies focussing on the Sith and their minions before the fall of the Jedi.

The series is being headed up by American actor Amandla Stenberg, who is rumoured to be playing a major Sith or Jedi character. This means she will be the first new Jedi character since Rey – and Ridley was keen to give some advice to her. However, it doesn’t sound like great news for Rey fans.

The British actress said: “Not just with Star Wars, but with everything, you try and be in the moment and enjoy what it is because life moves quickly.”

She added: “Amandla Stenberg can handle herself. She’s been working for a long time.”

She stressed that everyone should “find the good” in the series and “enjoy it”.

Ridley also gave some insight into how The Acolyte series is shaping up. The Star Wars TV shows have been criticised in recent months following a slew of “disappointing” releases.

The Book of Boba Fett was met with groan-worthy responses, while others hit out at shows Andor and Obi-Wan Kenobi.

However, Ridley insisted: “I sat next to someone at the Wakanda Forever premiere, an executive, and they said [The Acolyte] is amazing.”

The future of Rey’s story has not been addressed since The Rise of Skywalker. She was last seen after defeating Emperor Palpatine / Darth Sideous returning to Tatooine to bury the lightsabers of Luke and Leia Skywalker. She then ignited her yellow lightsaber and walked into the sunset before the credits rolled.

After the final Jedi left the big screen, fans have been left yearning for some information about the future of the franchise. With Ridley still young and acting, there seems to be no reason she wouldn’t make a comeback – especially considering the likes of Ewan McGregor and Hayden Christensen returned for the Obi-Wan show decades after their exit.

At the moment, a few Star Wars projects have been announced for the big screen.

Thor: Love and Thunder director Taika Waititi is helming one as-of-yet unnamed project. He recently gave a meagre update on the picture, saying it had not begun shooting in 2022. He went on to add: “I’m going to be in New Zealand from August until the end of the year with Our Flag Means Death [season 2] and Time Bandits and during that time I will still be writing. I’m still trying to figure out what the story is.”

There’s also the Rogue Squadron movie in the pipeline. The fighter-pilot film was originally being directed by Wonder Woman boss Patty Jenkins, however, she recently gave an update revealing she had left the project – before making a comeback.

“I originally left Rogue Squadron after a long and productive development process when it became clear it couldn’t happen soon enough and I did not want to delay WW3 any further,” she recalled. “When I did, Lucasfilm asked me to consider coming back to RS after WW3, which I was honored to do, so I agreed. They made a new deal with me. In fact, I am still on it and that project has been in active development ever since. I don’t know if it will happen or not. We never do until the development process is complete, but I look forward to its potential ahead.” (sic)