Here’s a big deal for fans of the Dave Filoni-created Star Wars animated canon: An old character (actually, much younger here) made an appearance on the first episode of the new Star Wars animated series The Bad Batch which dropped in the middle of the night. And, it’s the Freddie Prinze Jr. voiced Star Wars Rebels character Kanan Jarrus. Except here, he’s known by his padawan name Caleb Dume. 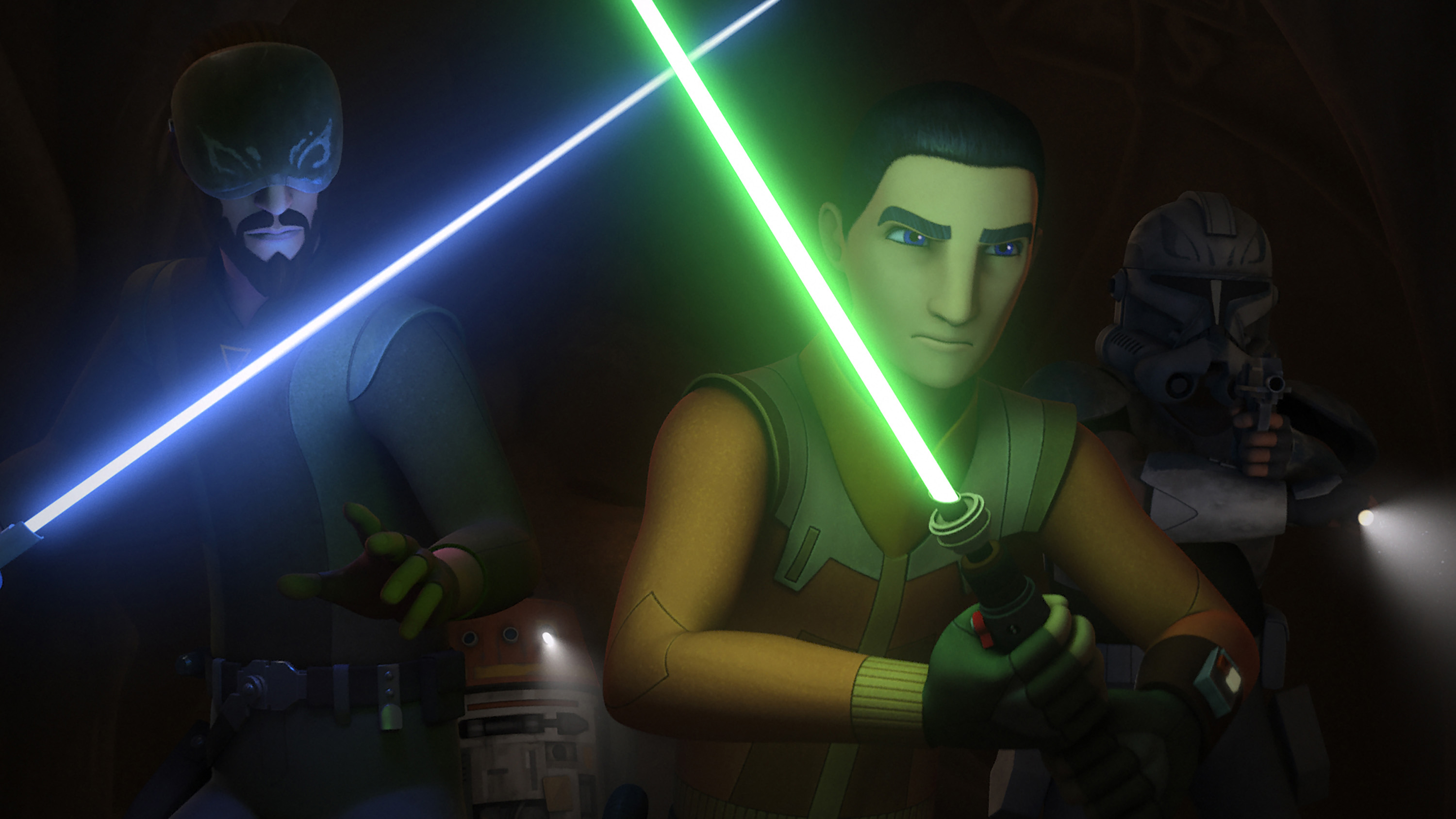 Jarrus was a Jedi Knight and the leader of the Ghost crew on Rebels. During Kanan’s run on the series, he is blinded by Darth Maul, the dark Jedi introduced in the 1999 feature Star Wars: Episode I, The Phantom Menace.

At the onset of “Aftermath”, Caleb survives Order 66; that’s when all the clone troopers at the end of Star Wars: Revenge of the Sith turned their guns and wiped out most of the Jedis per Emperor Palpatine’s edict. BTW, the Bad Batch aka Force Clone 99 is comprised of  five rogue troopers –Hunter, Echo, Tick, Ricket and Crosshair– who refused to obey Order 66.

Bad Batch begins with Caleb calling in the five rogue members in a skirmish against the Republic’s Separatist droids. He is under the tutelage of Jedi master Dep Billaba (Archie Panjabi). Caleb soon witness Order 66 in its full effect as Billaba becomes a target of the clone troopers. It’s her sacrifice that Caleb absorbs. For you see, Caleb ultimately sacrifices himself to save the Ghost Crew in Rebels. Caleb sees his Jedi Master being ganged up on by the clone troopers, but she tells him to run. He follows her orders and winders up running into the Bad Batch. “Stay away from me!” Caleb yells at them and dashes into the forest, and then up a tree. Ultimately, the rogue troopers see Order 66 has been put into place, however, they have Caleb’s back and protect him from the main troupe. Hunter tries to help Caleb, but the kid winds up jumping over a huge canyon and flees. To be continued…

EW reports that it was Filoni’s idea to draw a young Caleb into the Bad Batch kickoff. The series takes place post 2005’s Star Wars, Episode III: Revenge of the Sith and before the animated Rebels.

Bad Batch EPs Jennifer Corbett and Brad Rau didn’t make any big promises to EW that Caleb would return, but they didn’t shut any doors either.

Rau said, “We don’t run across familiar faces every single episode, every single time, but when we do, we want to make sure that it’s worth it.”

Dr. Strange cut from ‘WandaVision’ for being a ‘white guy’
Recent Posts