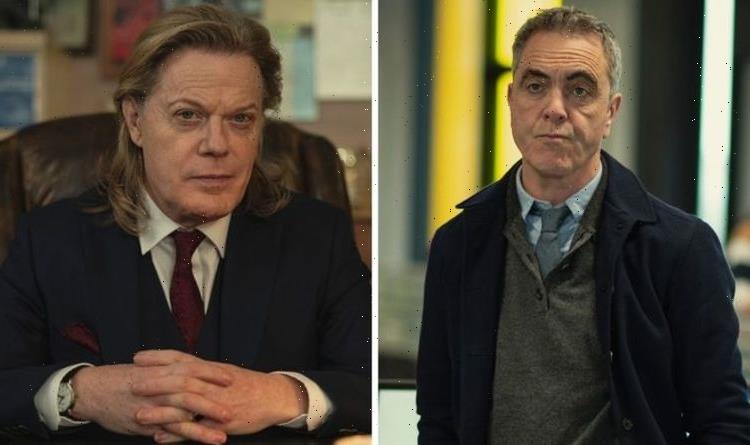 Stay Close recently dropped on Netflix, with the show being the latest adaptation of one of Harlan Coben’s novels. The detective drama is a gripping watch, bringing together a star-studded cast to tell a bleak tale about a series of crimes that stretches back decades. Izzard made an appearance in the series, and Nesbitt was more than thrilled to work alongside her.

Stay Close is a UK production for Netflix that brought together many familiar faces for viewers.

The eight-part miniseries follows the lives of many different people all seemingly connected to a series of murders that took place 17 years ago.

One of them is Michael Broome (played by James Nesbitt), a detective who has been obsessed with the case for nearly 20 years.

However, 17 years after the case was all but unsolvable, a new body is discovered in the town, one Broome believes is connected to the events of the past.

Over the course of his investigation, Broome encounters many of the local residents, all of whom could be responsible for the disappearances.

One is Harry Sutton (Eddie Izzard), a legal aid who specialises in taking on vulnerable cases.

Regarding working with Izzard in the series, Nesbitt thoroughly enjoyed their scenes together.

Speaking to Netflix, Nesbitt said: “I’ve known Eddie for a bit but we’d never got to work together.

“We really hit it off. I had a really great time with her. She made me laugh a lot but was also very professional and really detailed.

“I just think the casting has been really quite smart on this show. That’s something I won’t forget, working with Eddie. She was extremely funny.”

Harry is a complicated character in the series, though one that plays more of a secondary position to the other stars.

He is a high-functioning heroin addict, a man suffering in silence away from other people.

Also speaking to Netflix regarding his role, Izzard said: “The very sad thing is that, with high functioning heroin addicts, very often the only tell that you see is that they are dead from an overdose… you just can’t tell.

“They are people in very successful careers, holding down good careers, looking very well turned out. They’ve worked out their limits and this is what Harry is.”

Izzard is best known for The Lost Symbol, Green Eggs and Ham, and her stand-up performances.

As for Broome, his character also has a lot to hide throughout the series.

It is a major theme of the series, that all the residents in the town have secrets they are trying to keep.

This was a major appeal for Nesbitt to join the series, telling Netflix: “I spent a lot of time talking to director Daniel O’Hara.

“I wanted Broome to be quite up-front. An honest, approachable, accessible guy but who has things to unlock within him.

“It’s always interesting to find the different shades of a character.”

Stay Close is available to watch on Netflix.

Notes On The Season: Awards Weekend Blues; Why Ariana DeBose Can Make Oscar History And How Sidney Poitier Already Did