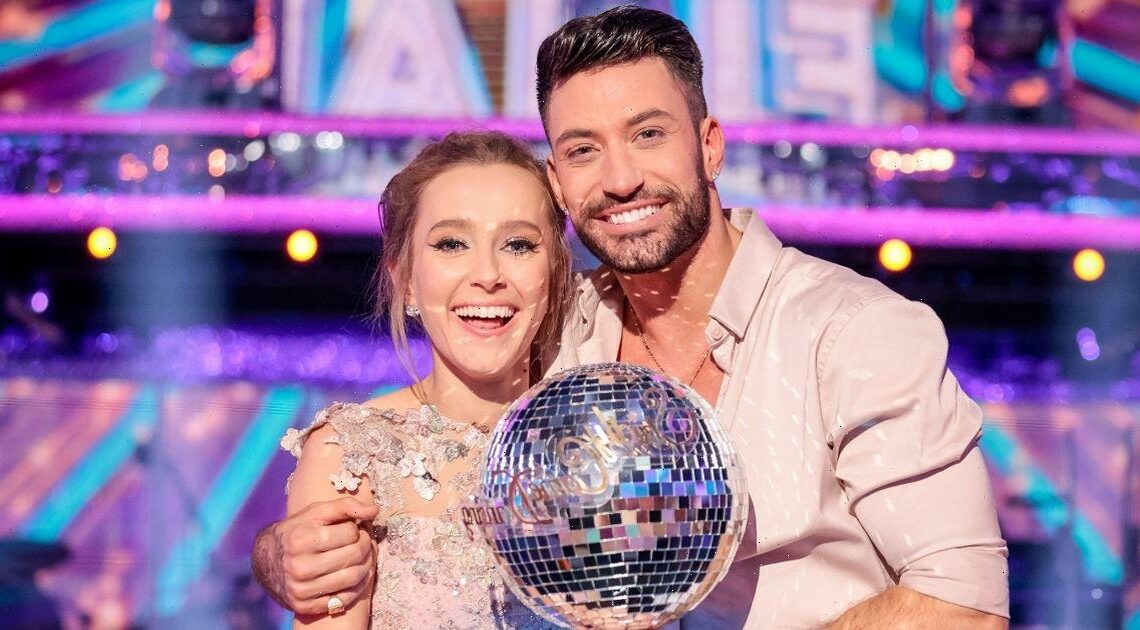 Strictly Come Dancing has been waltzing onto our screens for 20 years, welcoming nearly 200 star-studded celebrities onto the ballroom – but which winning couple is your favourite?

From cricketers to comedians, the hit BBC show has seen iconic stars lift the Glitterball trophy after delivering sensational performances and fab-u-lous foxtrots.

To mark the incredible milestone, we gave OK! readers the chance to vote for their favourite winning couple from the last two decades…and the results are in.

Rose Ayling-Ellis and Giovanni Pernice triumphed in the competition after raking in 41 percent of public votes.

The EastEnders actress won the show last year, after her emotional performance dedicated to the deaf community.

The late Caroline Flack finished in second place after memorising viewers with her angelic routine to Robbie Williams’ Angels, alongside partner Pasha Kovalev.

Strictly paid tribute to Caroline during the 2020 Christmas special, as the cast revisited her poignant performance from series 12.

Want the latest showbiz, royal and TV news straight to your inbox? Sign up for our daily newsletter HERE

The series 13 winners previously won the title for the most memorable Strictly dance.

Check out the full list of celebrities in winning order – as voted by our readers – below.

With so many spectacular performances over the last 20 years, do you agree with our readers? Or is there another couple that you think should be included? Let us know your thoughts in the comments below.

And don’t forget to sign up to ournewsletterto get all of the latest gossip on the show straight to your inbox – and keeeeeep dancing!