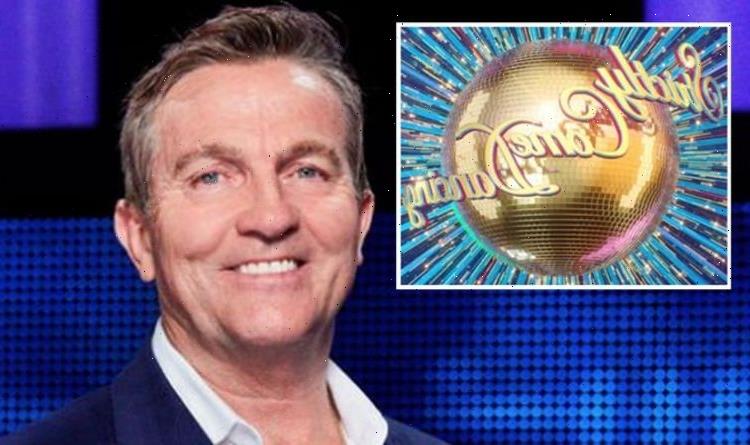 Strictly: Bruno Tonioli explains why he isn't judging on show

Strictly Come Dancing plans to return to BBC One with a bang later this year after defying the odds and pulling off a Covid-secure series in the middle of a pandemic. As the launch months nears closer, rumours are rife over which celebrities will be a part of the line-up. However, Bradley Walsh has firmly ruled himself out of the running.

The Chase host and Doctor Who star revealed in a recent interview that he’s been asking by Strictly bosses to sign up.

However, he protested his poor dancing skills have so far stopped him from agreeing to be a part of the show.

He said: “Here’s the trick of doing stuff you can get away with, you’ve got to be brutally honest with yourself. If you don’t get it you can’t sell it.

“If you can’t dance, you can’t sell it, no matter how big a showman you are.”

“Stick to what you know best. I’ve been asked a couple of times to go on Strictly,” he shared.

“I’m a bad dad dancer, which makes things even worse,” he told The Sun.

The television stalwart has presented The Chase since its inception in 2009.

He’s also the star of the upcoming drama The Larkins – ITV’s new remake of The Darling Buds of May.

Although he won’t be appearing in Strictly, he will be on BBC One later this year.

Bradley and Holly Willoughby will be joining forces for the new series of Take Off.

The entertainment show gives audience members a chance to win a trip of a lifetime.

Bradley and Holly’s gameshow first aired as a one-off episode in 2019.

Elsewhere, Bradley hinted that he may be set to quit TV in a the not-so-distant future.

Speaking on the Sliding Doors podcast, “You know what, in a couple of years time I won’t have to do any of it, I’ll be retired and that’ll be it.”

Discussing his busy schedule, he added: “It seems like I’m on your screen all the time only because I cram everything in a certain area of the year.

“So out of 365 days, you’d imagine I have loads of time off. But once you’ve got your bedrock of shows set in, that allows you then to go off and do other things.

“I don’t actually have time off, I have meetings, I have personal appearances I have to make and stuff like that with other things I’ve got going on, so it’s quite tricky to juggle it about.”

Strictly Come Dancing returns to BBC One later this year.

Of All Donald Trumps Blunders, This One Stands Above The Rest