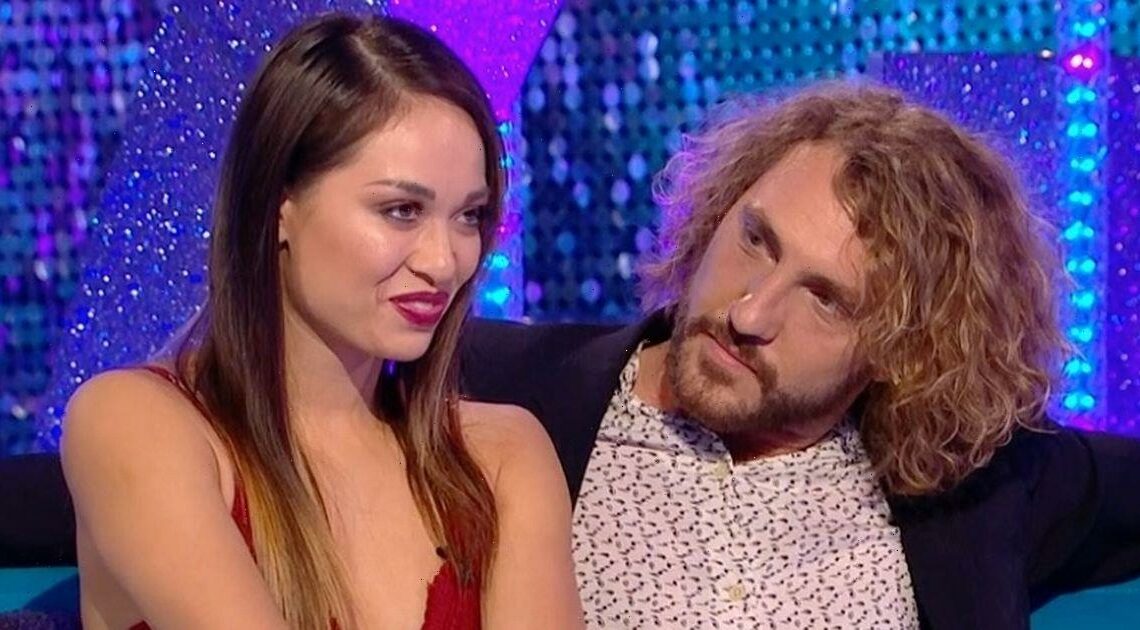 Strictly Come Dancing bosses have reportedly told the stars of the upcoming new series they’ll be kicked off the show if they are caught kissing one another.

They are keen to avoid a repeat of last year when Maisie Smith and HRVY were caught apparently breaking the strict social distancing measures.

This year they are bringing back the live studio audience, so are desperate to prevent any Covid outbreaks.

Reports claim they have told contestants that the rule is: “One snog, and you’re out.”

Speaking to The Sun, a telly insider said: “Although the pandemic has eased since last year’s series, the BBC aren’t taking any chances.

“This kissing ban is likely to be part of a package of measures introduced by producers to make the show as safe as possible.

“They want to minimise the risk of any bombshells, particularly as a studio audience is being brought back into the studio this year.”

Last year, Strictly’s first same-sex pairing had to leave the show early when professional dancer Katya Jones, who was paired with ex-boxer Nicola Adams, tested positive for the virus.

This year there’s already been a delay after professional Nadiya Bychkoved tested positive for Covid last month, meaning the cast and crew had to isolate for ten days.

The kissing ban could also be in place to reduce the possibility of any more Strictly romances blossoming, as part of the ‘curse’.

Strictly hit the headlines in 2018 when comedian Seann Walsh, who had a girlfriend, was spotted passionately kissing his dancing partner Katya Jones, who was married to fellow pro Neil Jones.

Are you excited for Strictly to start again? Let us know in the comments!

The new series is expected to start later on in September, and will run for 13 weeks, after it was cut short last year due to Covid.

Craig Revel Horwood, Motsi Mabuse and head judge Shirley Ballas will be returning to the judging panel, but sadly, Bruno Tonioli, who is based in the US, will not be returning.

His seat will be filled by Anton Du Beke, who also served on the judging panel last year for Motsi, when she was forced to isolate.

The Daily Star has approached the BBC for comment.

Get the latest updates on all the things Hollywood, TV and showbiz by signing up to the Daily Star showbiz newsletter.