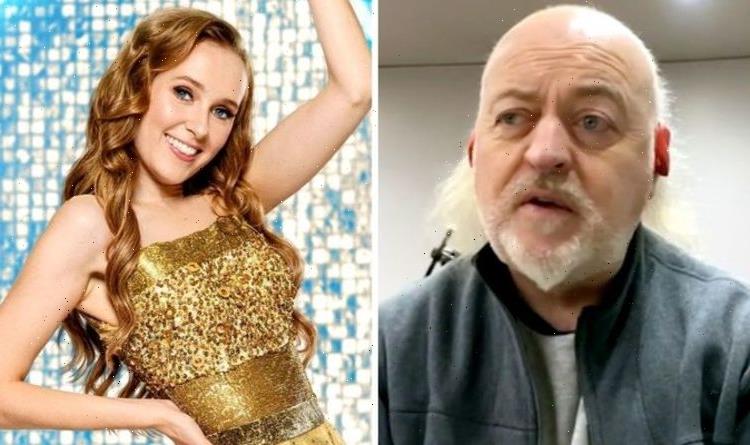 Rose and Giovanni’s dance to Clean Bandit’s Symphony was the clear winner amongst Strictly fans after the performance featured a touching tribute to the deaf community. ITV presenter Lorraine praised Rose’s dancing on Monday’s show and chatted to last year’s winner Bill Bailey about her techniques.

Comedian Bill, 56, revealed EastEnders star Rose, 27, has opened up about her dancing methods in a recent chat with the Strictly celeb.

The first deaf contestant to dance in the series, Rose has remained near the top of the leaderboard after a streak of impressive performances.

Bill recalled her conversation with the actress to Lorraine on Monday and said she had a number of techniques for dancing without the benefit of hearing the music.

Lorraine asked: “You look at someone like Rose, and she is extraordinary. I don’t know how she manages to do it, it’s quite remarkable.”

“When they did that dance in silence, it just made you realise she’s not hearing anything. And she’s able to do that. Isn’t it incredible?”

Lorraine’s guest also added his admiration for the Strictly favourite and explained how she’s able to keep in time so well.

He said: “It is incredible. She has to count the beats of the dance.

“She was telling me, actually, I met her just doing a show the other week.”

The Strictly champion suggested this year’s other contenders could learn something themselves if they gave Rose’s technique a try.

“She said she counts in her head; in a way that’s quite a good way of learning the dance anyway.

Rose and Giovanni took to the stage again on Saturday and remained in the competition after McFly’s Tom Fletcher was eliminated.

They’ll return for another performance this Saturday, and their next dance will be announced on Tuesday.

Speaking more about the current series, Bill went on to praise the rest of this year’s celebrity dancers, who have been receiving some impressive scores.

“She’s fantastic, the standard of all of them now…” he continued.

“It’s got to that stage now where it’s anyone’s game because we’re getting right down to the last few weeks of the competition when people have improved.”

“They’ve learned some skills, they’re really enjoying it and really coming out of their shells and dancing brilliantly every week.”

Bill didn’t reveal his current favourite to take home the Glitterball Trophy this year, but fans have been paying particularly close attention to Rose and Giovanni in recent weeks.

However, Lorraine also agreed this year’s standard has been exceptionally high, so anything could happen as Strictly enters the crucial last stages.

Strictly Come Dancing continues next Saturday on BBC One at 6.55pm, with the results show on Sunday at 7.20pm.

Is it just me? Or do tech updates terrify you, too? asks LIBBY PURVES