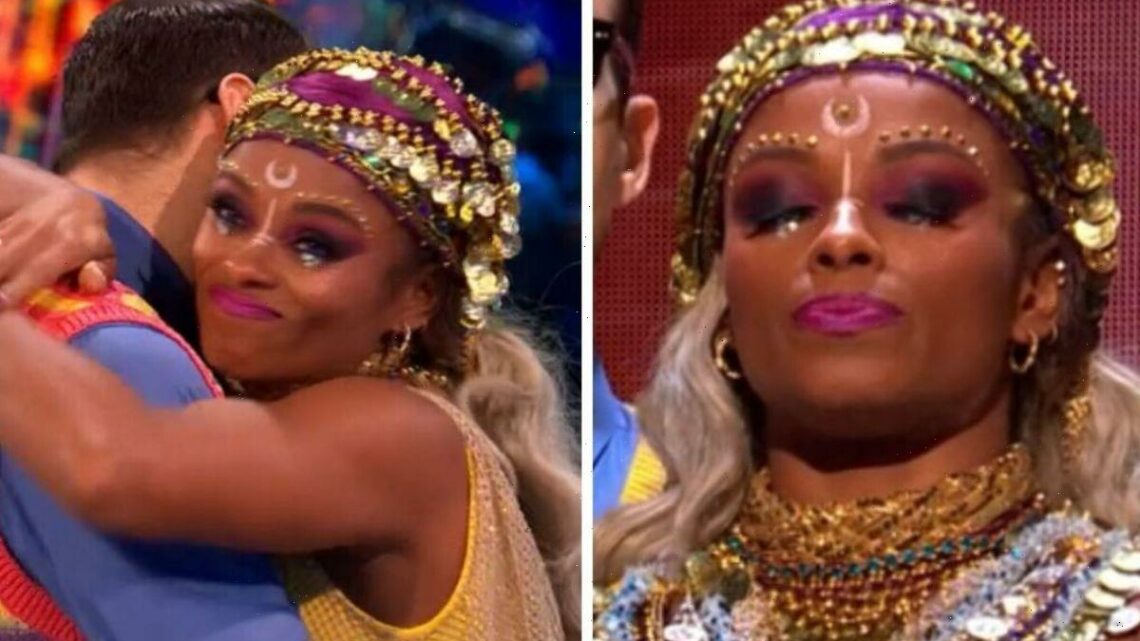 Strictly’s Fleur East could miss out on Glitterball trophy

Strictly: Fleur East discusses being in the bottom two

On Sunday night’s Strictly Come Dancing, Fleur East and James Bye landed in the bottom two and had to perform for the judges once again. However, the EastEnders star was sent home after all four judges chose to save Fleur. BBC fans were shocked to see the X Factor star in the dance-off with many branding the voting a “fix”.

However, speaking in a new interview with Express.co.uk, dance professor, Dr Jill Rose Jacobs called out the judges’ scoring on Saturday night.

The expert didn’t believe Fleur deserved to be in the bottom two, and as a result of the judges’ scores, it could cost her in the competition.

On Saturday, Fleur and Vito landed in the middle of the leaderboard with 32 points.

Below them, were Tony Adams, Ellie Simmonds and James Bye.

“Fleur East and Vito Coppola’s Salsa on the Saturday was powerful.

Dr Jill said she believes if the judges’ had scored Fleur higher, then she wouldn’t have landed in the bottom two.

“Fleur should not have been in the bottom two,” she continued. “It is possible she wouldn’t have ended up there had the judges’ original scoring been less harsh.

“The judges were subdued and were overly critical on salsa technique. There were elements which incorporated more jazz elements, but Fleur’s score on Saturday evening did not reflect the top tier performance she gave.”

Airing her concerns for the pop star, Dr Jill added: “I do hope Fleur is not injured from the fall in the dance-off.

“I am sorry to see James Bye go, but it was his time to leave.”

After landing in the bottom two on Sunday night, Fleur and Vito looked disappointed.

Speaking to Tess Daly about the result, Fleur said: “We’ve worked really hard this week but this is this is how it goes right?

“We have just got to do our best, yeah…”

Turning to Motsi Mabuse to share some words of advice, the judge replied: “Well, my word of advice, honestly is that just to repeat what you did.

“Dance, keep your spirits up, keep your energy up. You know what you can do, so just show it again.”

Following the dance-off, the judging panel decided to save Fleur, meaning an emotional James was sent home.

The soap star broke down in tears as he spoke about his time on the show.

Strictly Come Dancing returns on Saturday at 7pm on BBC One.

College student finds out she's pregnant while in labor