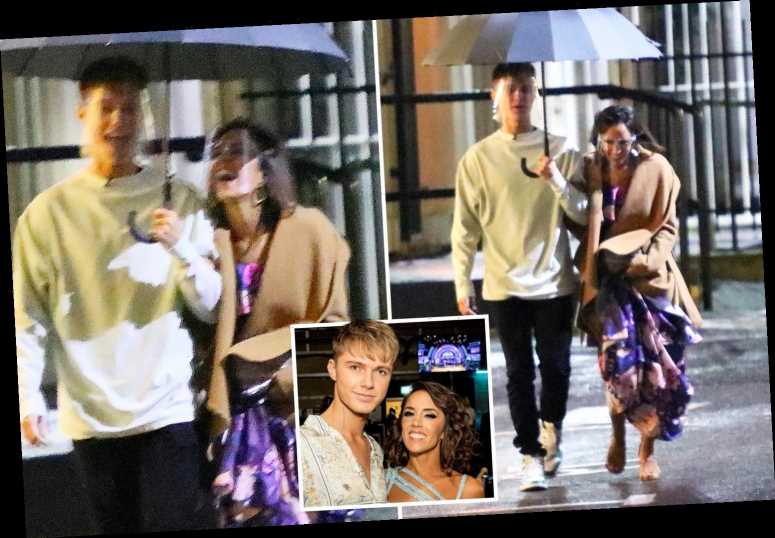 STRICTLY'S HRVY cuddled up to his dance partner Janette Manrara as the pair walked into the studios ahead of this week's live show.

The 21-year-old singer played the perfect gentleman as he held an umbrella up and shielded Janette from the rain while they linked arms. 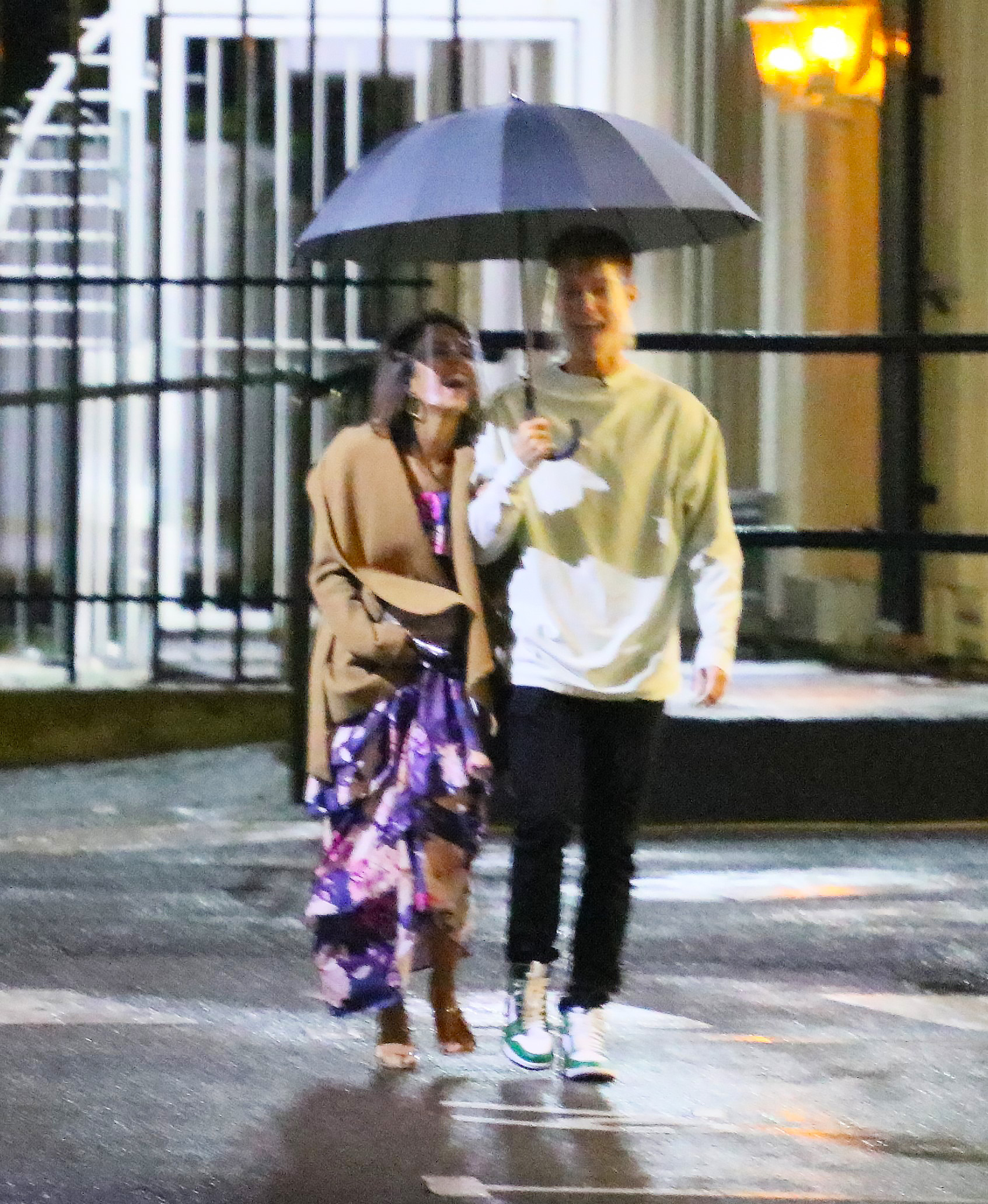 The pair shared a joke as they walked into the BBC studios wearing protective face shields to film an episode of Strictly It Takes Two.

Janette, 37, who is married to fellow Strictly professional Aljaz Skorjanec, braved the cold weather in a jacket and long flowing dress, which she lifted up to avoid the wet puddles.

While HRVY was dressed down in a sweater, jeans and trainers.

They later left the venue in separate cars and Janette having slipped out of her dress and heels into a more comfortable pair of leggings. 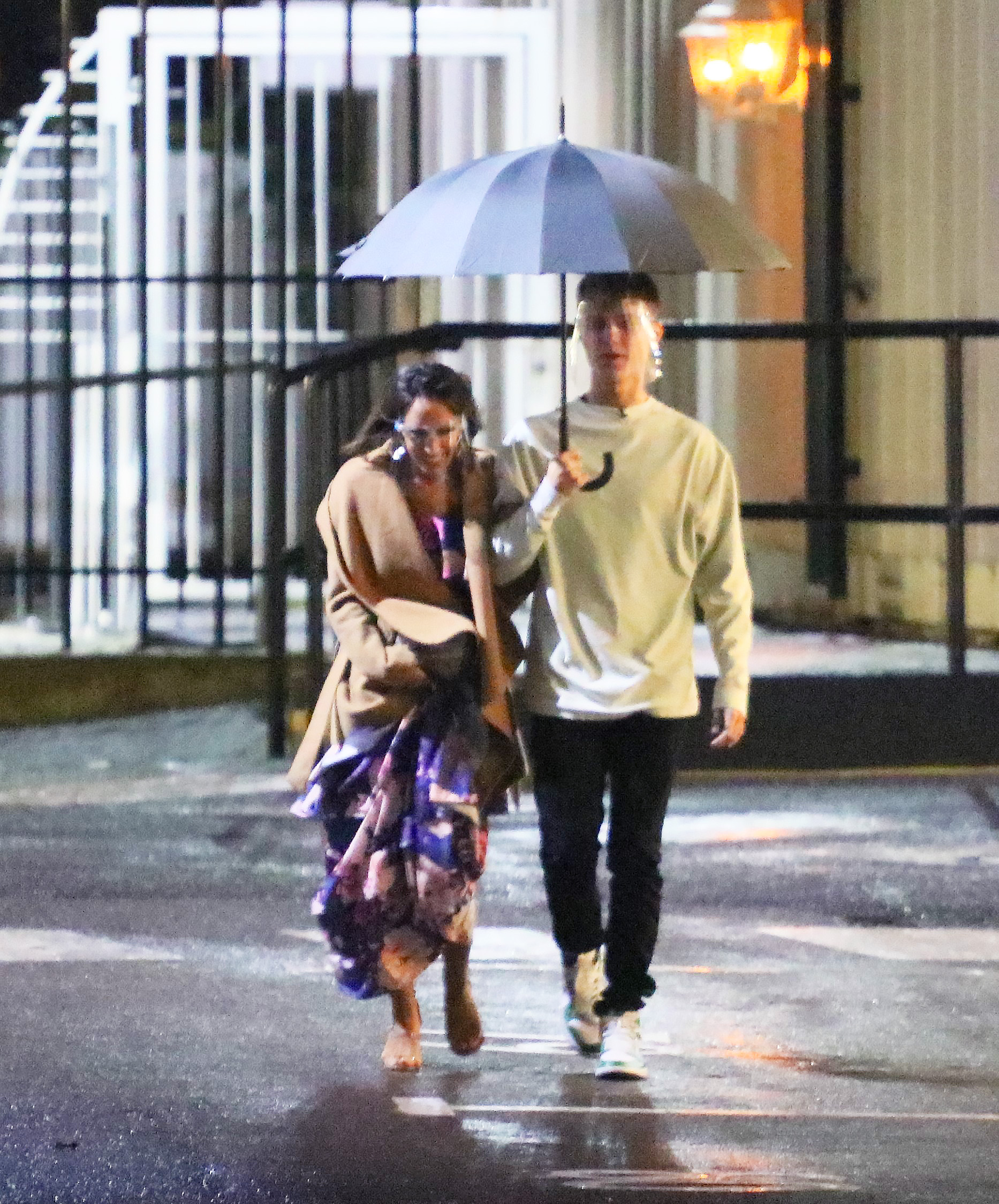 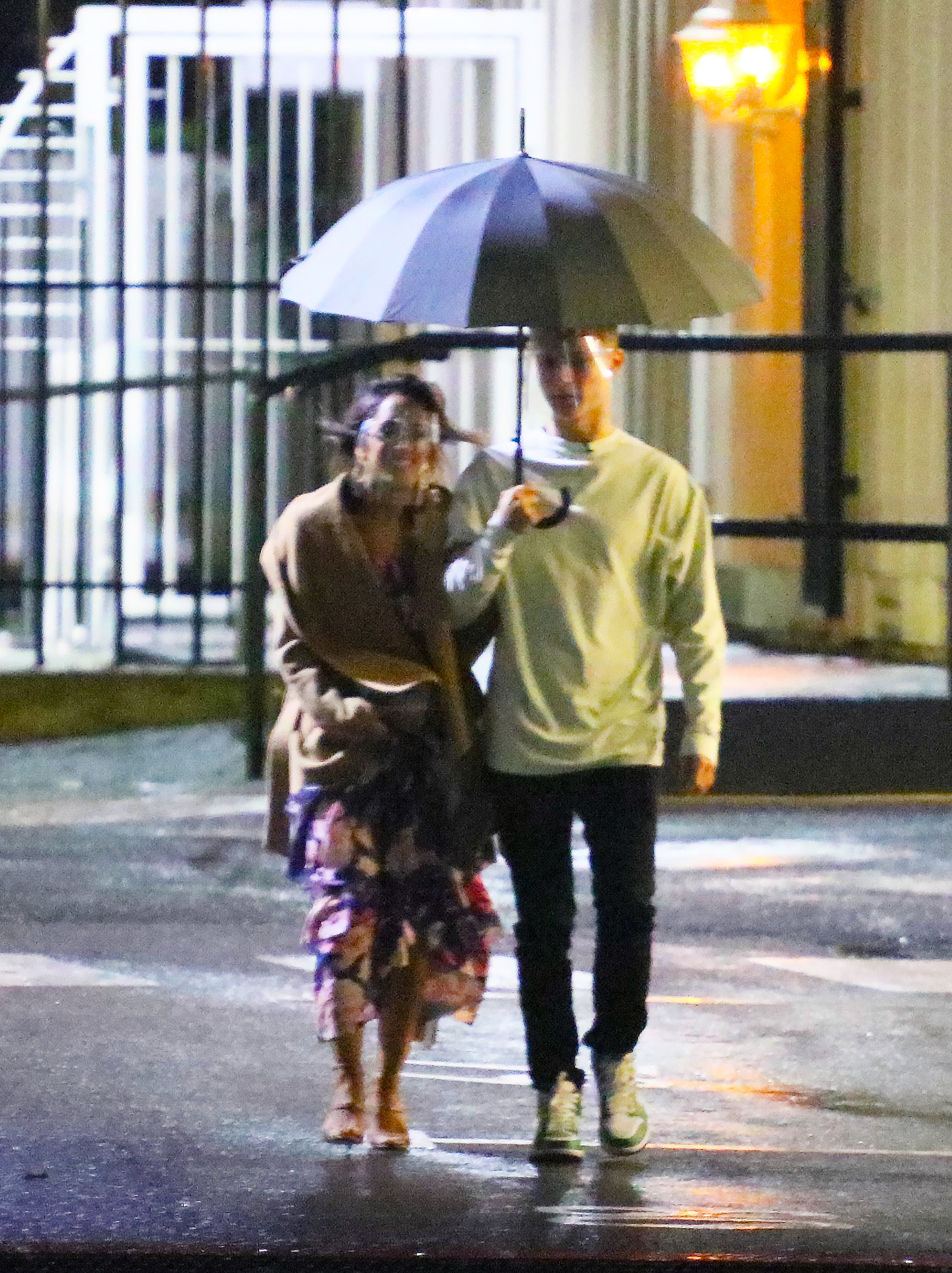 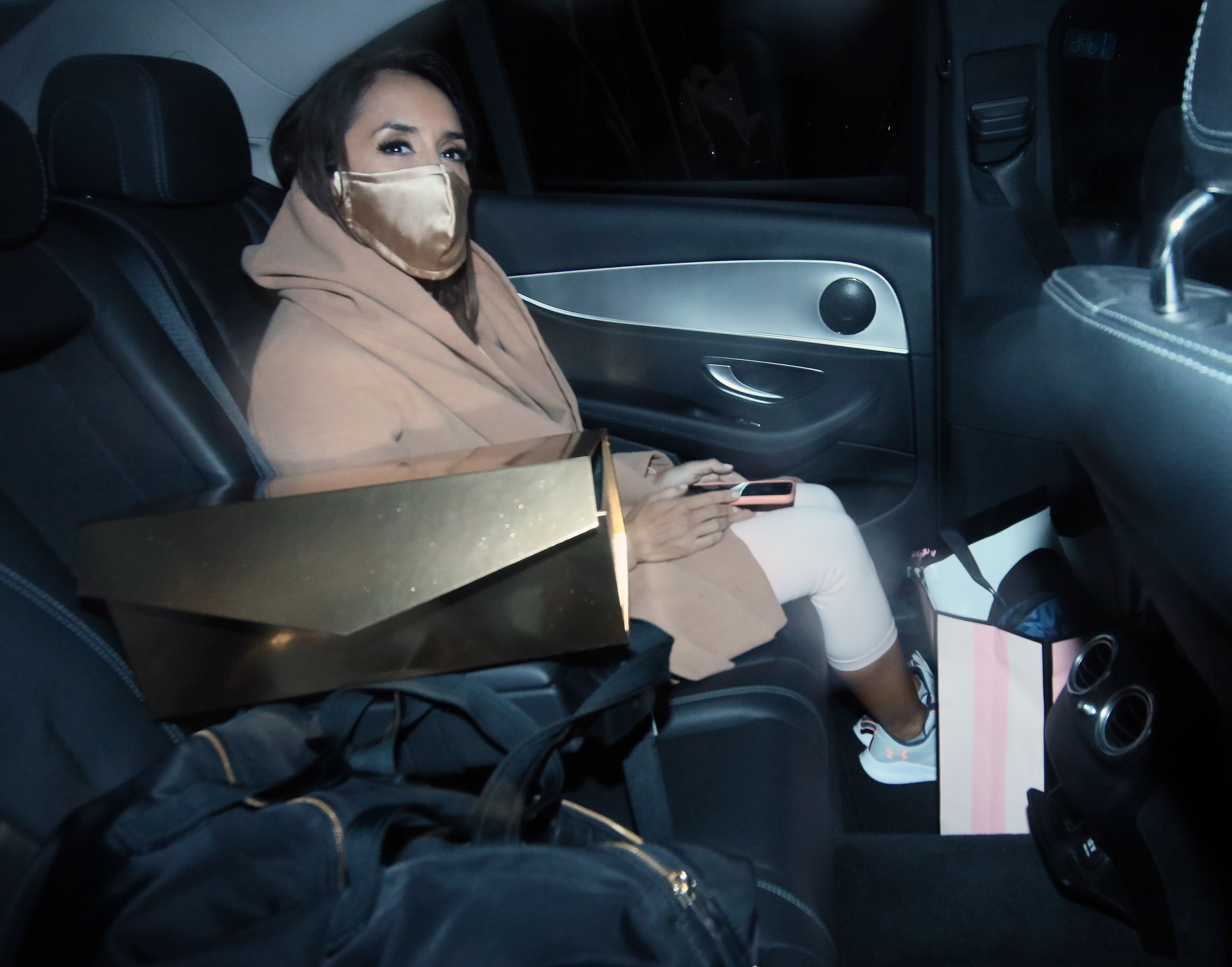 But the brunette start still managed to look glam with a metallic face mask completing her outfit.

The dance duo were clearly still on a high after blowing the judges away with their energetic salsa, receiving a 10 from Shirley Ballas – the first in the series.

Head judge Shirley gave the pair a standing ovation after their performance and was full of nothing but praise for the routine.

When it came for HRVY to hear his score, the 60-year-old star exclaimed: "It's never too early for a 10!" – leaving everybody in the studio stunned.

While HRVY and Janette screamed with joy, viewers took to social media to slam Shirley's decision – arguing that it was in fact too early for a 10. 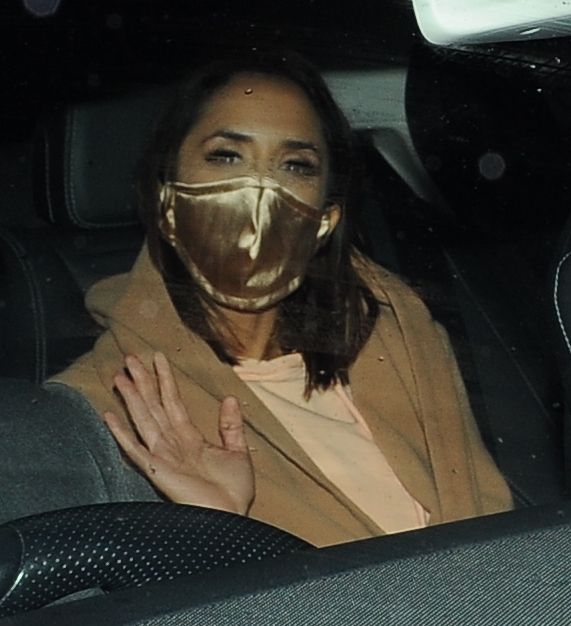 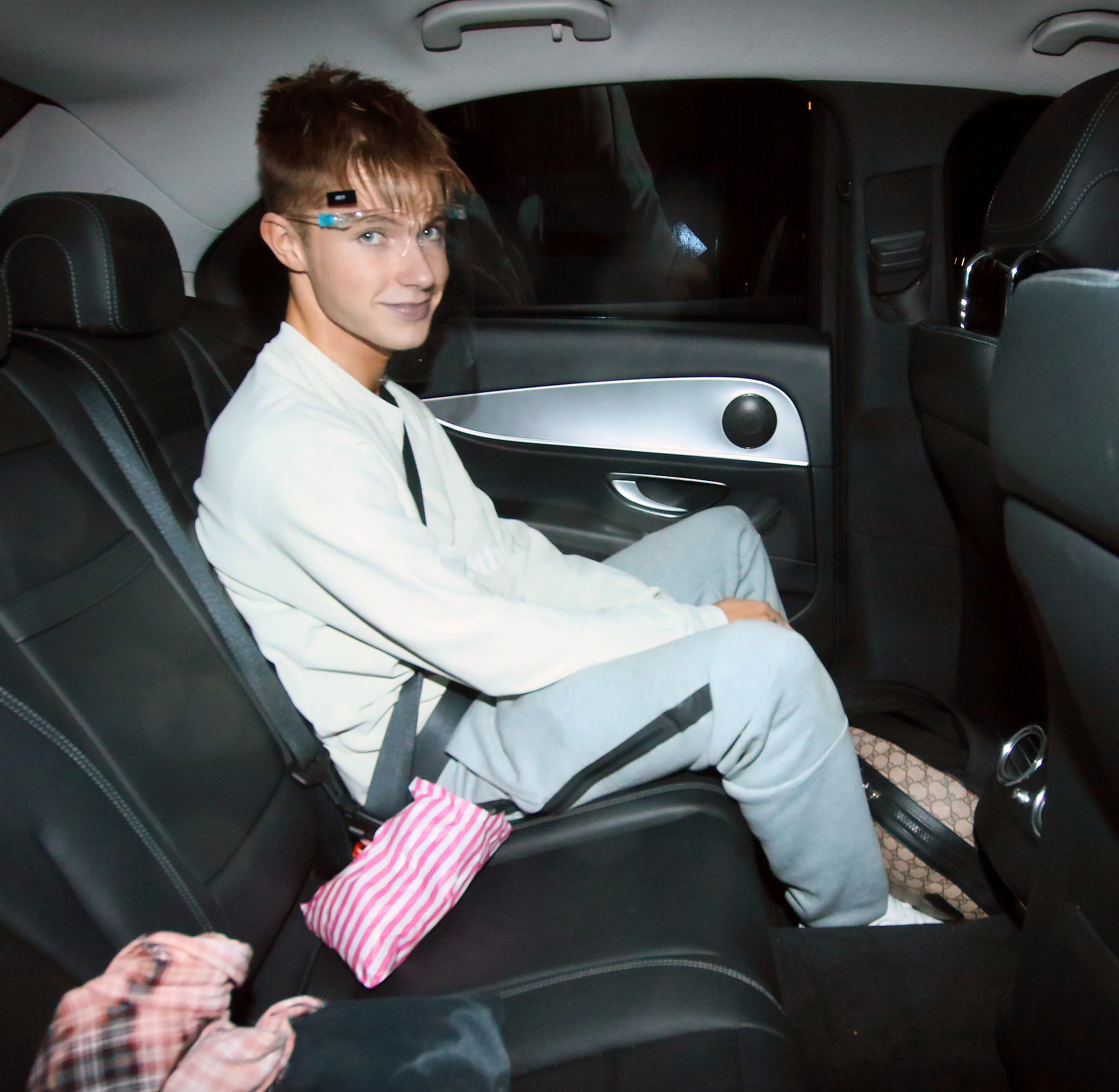 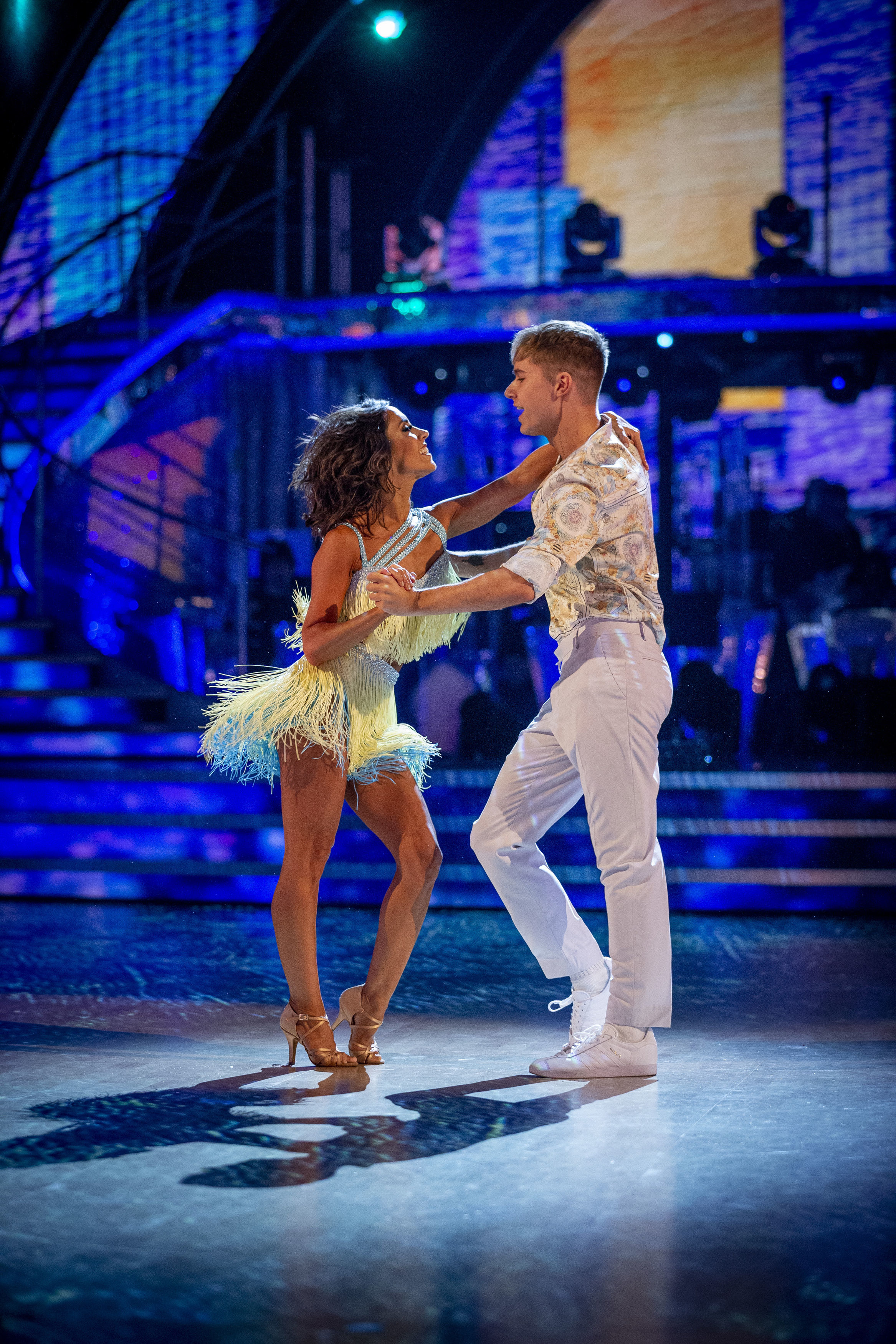