Home » Tayshia Adams Praises Emmanuel Acho as After the Final Rose Host: He's the 'Man for the Job' 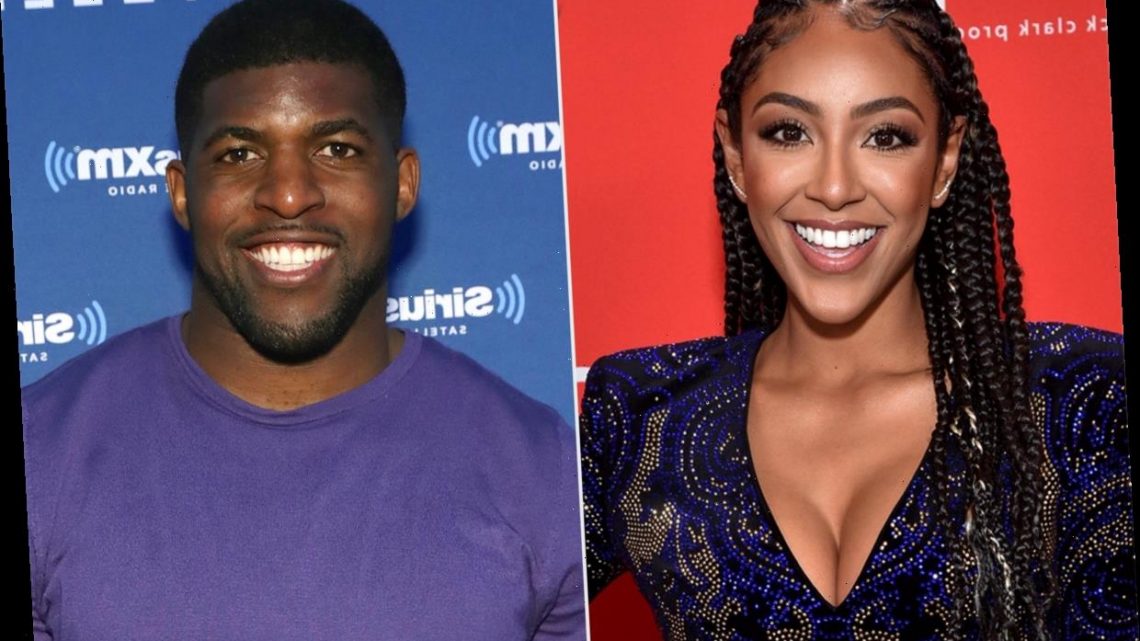 Tayshia Adams Praises Emmanuel Acho as After the Final Rose Host: He's the 'Man for the Job'

Tayshia Adams is looking forward to seeing Emmanuel Acho take over for Chris Harrison as host of The Bachelor: After the Final Rose.

The former Bachelorette, 30, discussed the upcoming special on the latest episode of her podcast, Click Bait with Bachelor Nation, expressing that Acho, the popular author of Uncomfortable Conversations with a Black Man, is the "man for the job" amid the ongoing controversy surrounding The Bachelor.

Harrison, 49, came under fire for his controversial Extra interview with former Bachelorette Rachel Lindsay last month. In the interview, Harrison weighed in on current contestant Rachael Kirkconnell's resurfaced social media posts, which saw her dressed in Native American attire in costume and attending an antebellum plantation-themed college party in 2018. (Kirkconnell has since issued an apology and asked those defending her actions to "please stop.")

Harrison apologized a day later for his failure to denounce Kirkconnell's behavior, before announcing he would be "stepping aside" from the franchise for an unspecified amount of time. Acho will be taking his place at the After the Final Rose special as a result. "I feel like he is definitely the man for the job," Adams said of the former NFL linebacker. "This season, this past year, a lot of things that we've been going through is having a lot of uncomfortable conversations with the ones that we love — the ones that we see on television, family, peers, whatever it may be — so I think that this is definitely the right direction."

The reality star added that Acho, 30, is "a really good person to also be another leader" in the Bachelor franchise moving forward.

"I think it's going to be a really good, impactful change," she concluded.

The ATFR special, airing on Monday, will mark the live conclusion to the current season starring Matt James, the franchise's first male Black lead. In addition to speaking with James, Acho will sit down with the final three women: Kirkconnell, Bri Springs and Michelle Young.

"It's both an honor and privilege to be hosting After the Final Rose. This is an incredibly pivotal episode on one of the most storied shows in television history," Acho said in a statement about the news of his casting.

The Bachelor: After the Final Rose will air on Monday, March 15 at 10 p.m. ET on ABC, immediately following the season finale of The Bachelor.