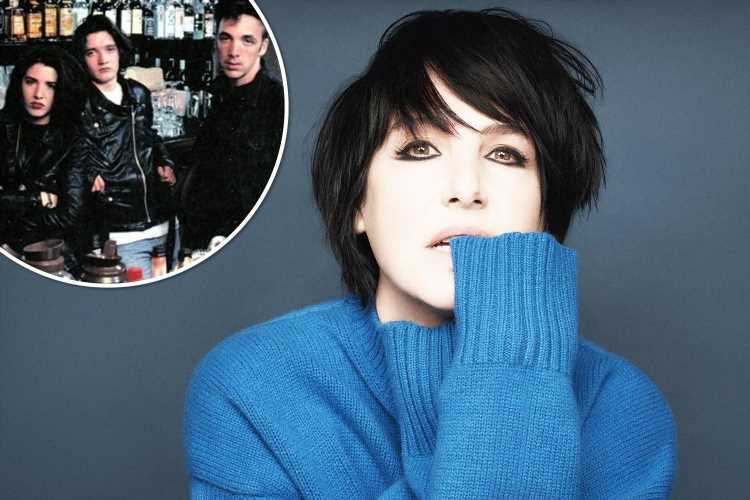 WITH her jet black hair and Fender Telecaster to match, Sharleen Spiteri continues to exude rock and roll cool.

Despite more than three decades of ups and downs in a fickle music business, the 53-year-old Scot also retains unbridled enthusiasm for her craft. 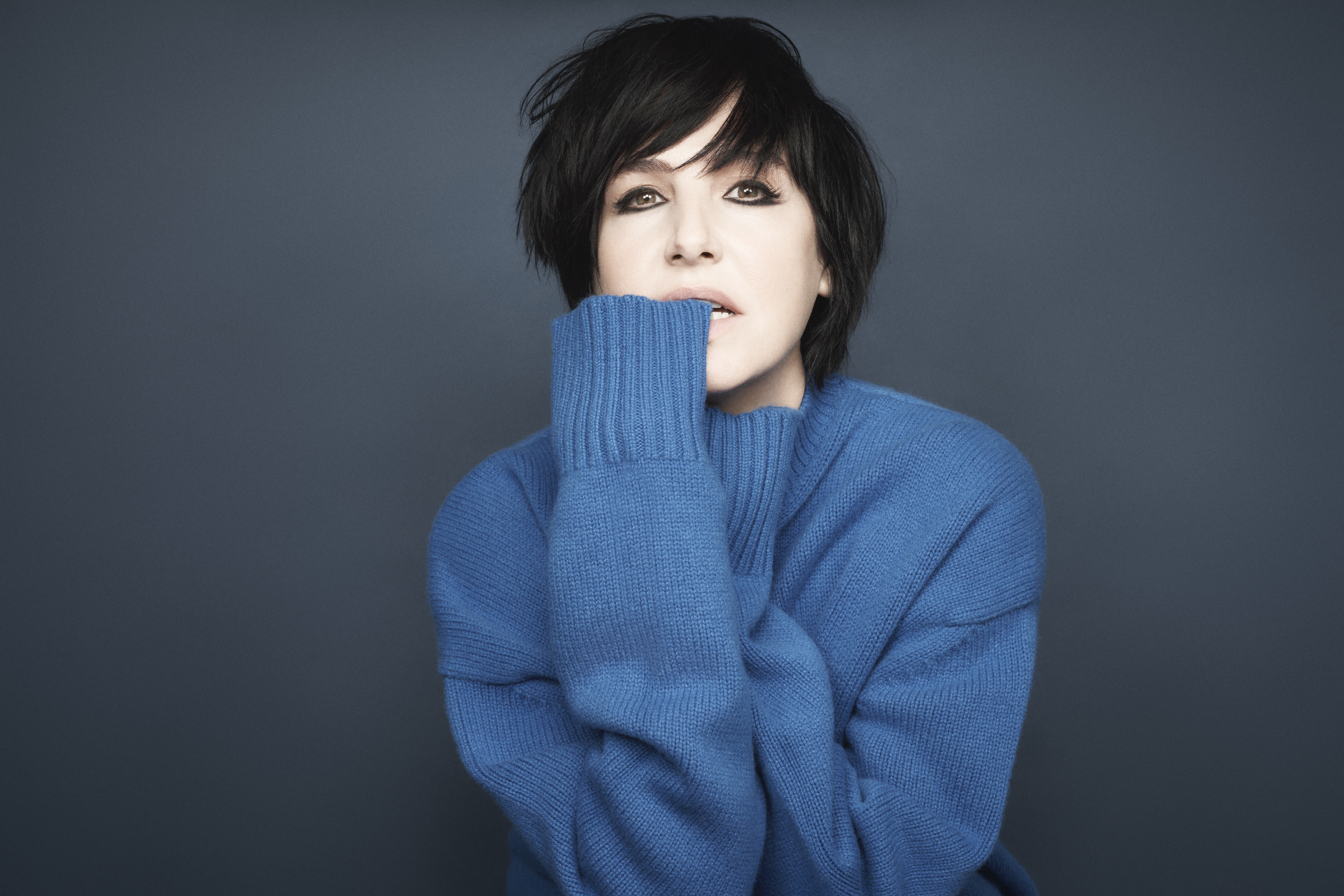 Her band, Texas, are back with one of their most engaging and vibrant records, simply called Hi.

It is set for a very, er, high position in today’s new chart, possibly their best result since 1999’s The Hush.

Speaking to SFTW this week, Spiteri tells of her great and abiding “passion for making music” which shines through all 14 tracks on Hi.

The project grew out of the discovery of out-takes from mega-selling White On Blonde, one of the defining UK albums of the Nineties.

In typical genre-hopping fashion, Texas rekindle their relationship with rap legends the Wu-Tang Clan on the title track.

And seeing as they’re named after the Lone Star state, there’s a dusty, desert vibe to Just Want To Be Liked, complete with mariachi horns.

There’s room, too, for a stately ballad with a towering vocal performance, Unbelievable, and you can’t help thinking of Spiteri’s idol Bob Dylan because of her intonations on the jaunty, harmonica-fuelled Moonstar.

Spiteri, who has spent much of lockdown in Wales with Bryn Williams, the celebrity chef she married in 2018, is clearly thrilled with the latest chapter in the Texas story. 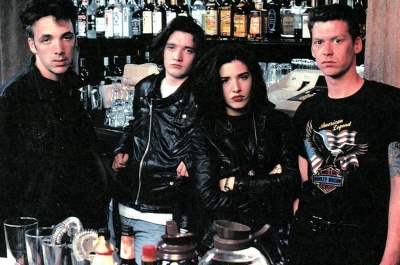 How have you found the year like no other due to Covid-19?

It was an odd year for me going into lockdown because my mother had died the week before, so my head was in quite a strange place.

I don’t think I can really take it from the normal point of view.

The one thing I would say is that I was very, very lucky to be with my mother. My sister and I were with her, so that went through my brain a lot.

I thought about the people that weren’t able to be with their loved ones.

The new Texas album Hi still manages to have an upbeat vibe, was that the intention?

I think that whenever you go into a record you never really know what the exact intentions are or where a record is going to go. It takes its natural course — that’s where our headspace is.

We still have such a great passion for making music and for writing songs and I think that really shone through as we were making Hi. 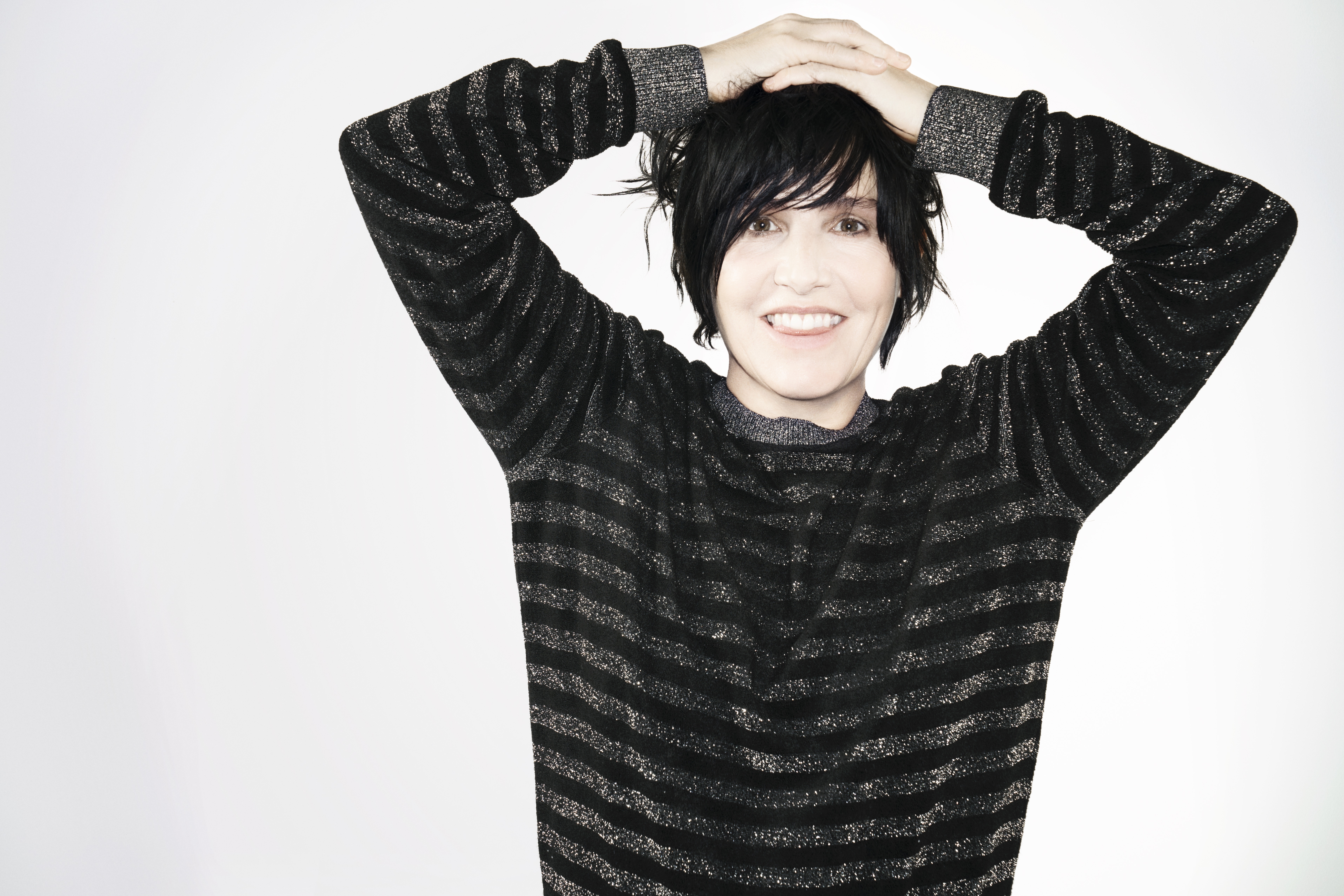 The project began with some outtakes from the White On Blonde sessions. Can you explain what happened?

We were putting together an anniversary record for White On Blonde and went into the vaults to look for versions that no one had heard, and we came across a couple of unfinished songs, one of them being Mr Haze.

We wrote the chorus and ended up putting a sample of Love’s Unkind by Donna Summer on it, taking the track to a whole different place.

When we wrote that song, we obviously weren’t ready to finish it, and now we have!

Mr Haze is a great way to start the album…

We had such a long running relationship with Giorgio Moroder. After he did a version of Summer Son (from The Hush), it made it very easy to get permission to use the sample.

It would have been horrible if we hadn’t because we were so stuck on it being in the song.

Tell us how Wu-Tang Clan came to collaborate on the title track.

We did a version of Say What You Want with Wu-Tang back in ’98. Then, we were making a documentary a couple of years before we went into the pandemic, which hasn’t been released yet.

RZA and I had this big long conversation, talking about the making of Say What You Want, and that moment in our lives. At the end, he suggested we do another track together which was amazing.

Me and Johnny McElhone, my bass player and songwriting partner in Texas, thought Hi was the perfect song for them and RZA loved it.

What do you think of Wu-Tang’s new rap about high seas and bottles of rum?

That’s Method Man’s. He wrote it and he talks about Scottish people being pirates because he thought we were all pirates! That’s why it starts with “Yo-ho-ho, and a bottle of rum!” 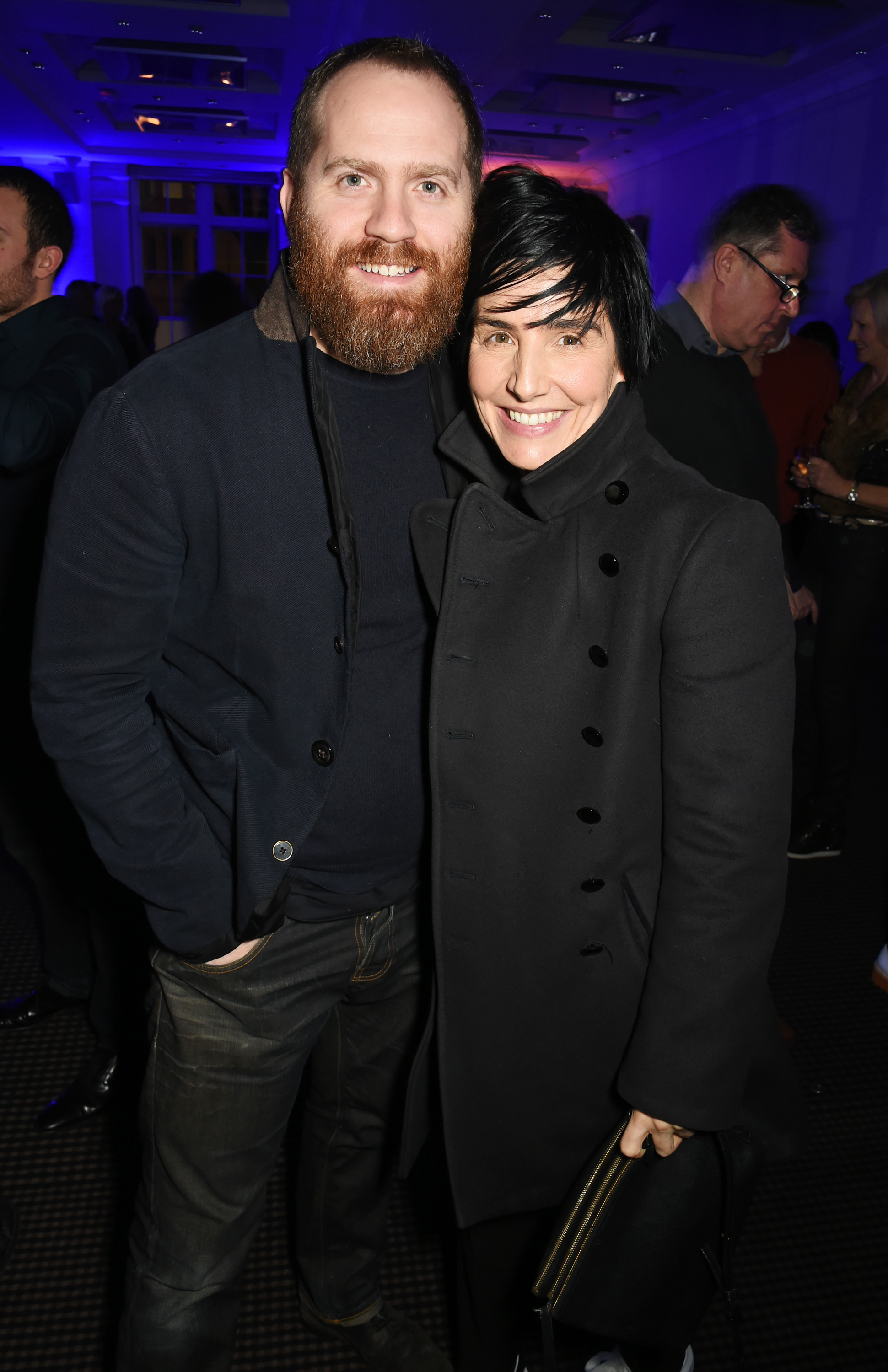 How come Clare Grogan duets with you?

Clare was in Altered Images with Johnny, and Clare had actually come on stage with us when we did a run of nights at Glasgow’s Kelvingrove Park, and then she came onstage with us at the Albert Hall again because we’d had so much fun doing it.

When we were working on Look What You’ve Done, we thought it would be the perfect duet because our voices worked really well together.

And what about Sheffield’s finest, Richard Hawley, who you’d worked with before, on Dark Fire?

It was one of Richard’s typical 5am phone calls: “Babe, I’ve got a great idea!”

We took the song and worked on it together — me, Richard and Johnny.

It’s always a pleasure working with Richard but you never know if he’s going to phone you at 5am and talk about music, or that he’s discovered something, or he’s going to tell you the most wicked joke he’s just heard. You really don’t know what you’re going to get!”

It’s more than 30 years since your debut album Southside. What does the older Sharleen think of the younger one who sang I Don’t Want A Lover?

I’m exactly the same. More crinkly, a lot slower, more rebellious and freer than I’ve ever been in my life.

What’s the secret of Texas’s longevity?

We all genuinely like each other! We’ve been able to ride the downs as well as the ups. You can’t be up there all the time.

Also, we still love making music — it still excites us. Maybe it excites us even more than it did when we were young.

Can you tell me what’s so special about your bandmates?

There’s nothing really to tell — we’re like family. We’ve grown up together.

We’ve had marriages, divorces, children, all those things. We’ve been through a lot together. 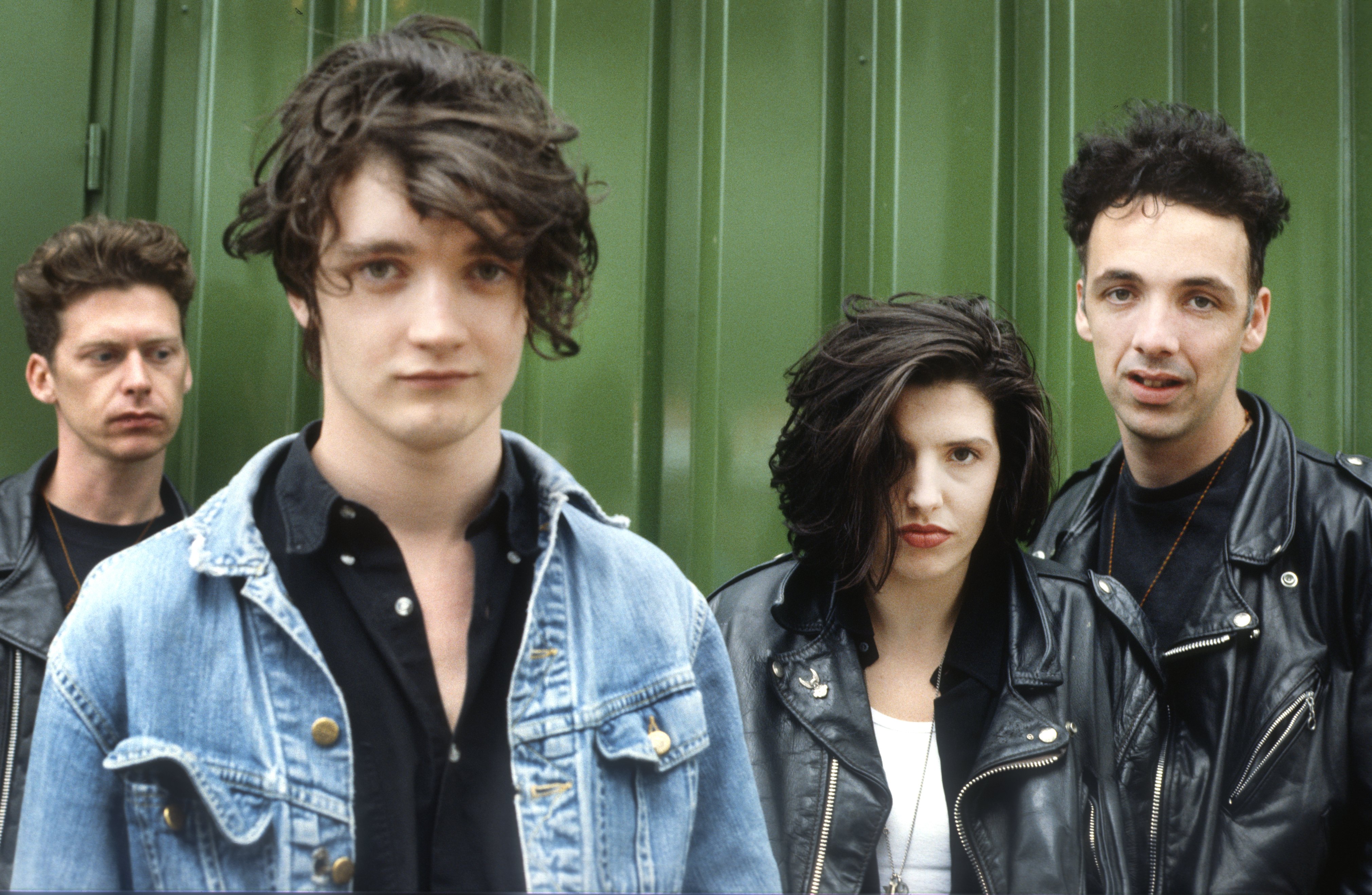 Has the music industry become a better place for female recording artists during that time?

It looks like Texas are heading for the best chart position since The Hush. How does it feel to be appreciated by the listening public?

You recently posted some fabulous magazine covers of your model daughter Misty Kyd. You must be a very proud mum . . .

I’m a very, very proud mother. More importantly, she’s enjoying what she’s doing. She’s got a good worth ethic, so that makes me more proud than her just swanning about being a model.

You spent a lot of lockdown in Wales with your husband Bryn. I’m intrigued to know who does the cooking…

It was actually me, Bryn and my daughter, and all of us cooked — we all took turns. It was really good for him not to be the only one who cooks.

I think it was probably difficult for people over lockdown who were stuck in the kitchen being the person cooking for everybody the whole time.

Sometimes we would mix it up and cook together so it was actually quite good fun.

As Bob Dylan has just celebrated his 80th birthday, can you sum up his impact on you?

Dylan has had a massive effect on me as a songwriter and a musician.

Even playing a Fender Telecaster, like Dylan did, that was my beginning of guitar playing.

And so much so that my daughter’s middle name is from Pat Garrett And Billy The Kid, which is the movie soundtrack that Bob Dylan wrote and is one of my all-time favourite records. 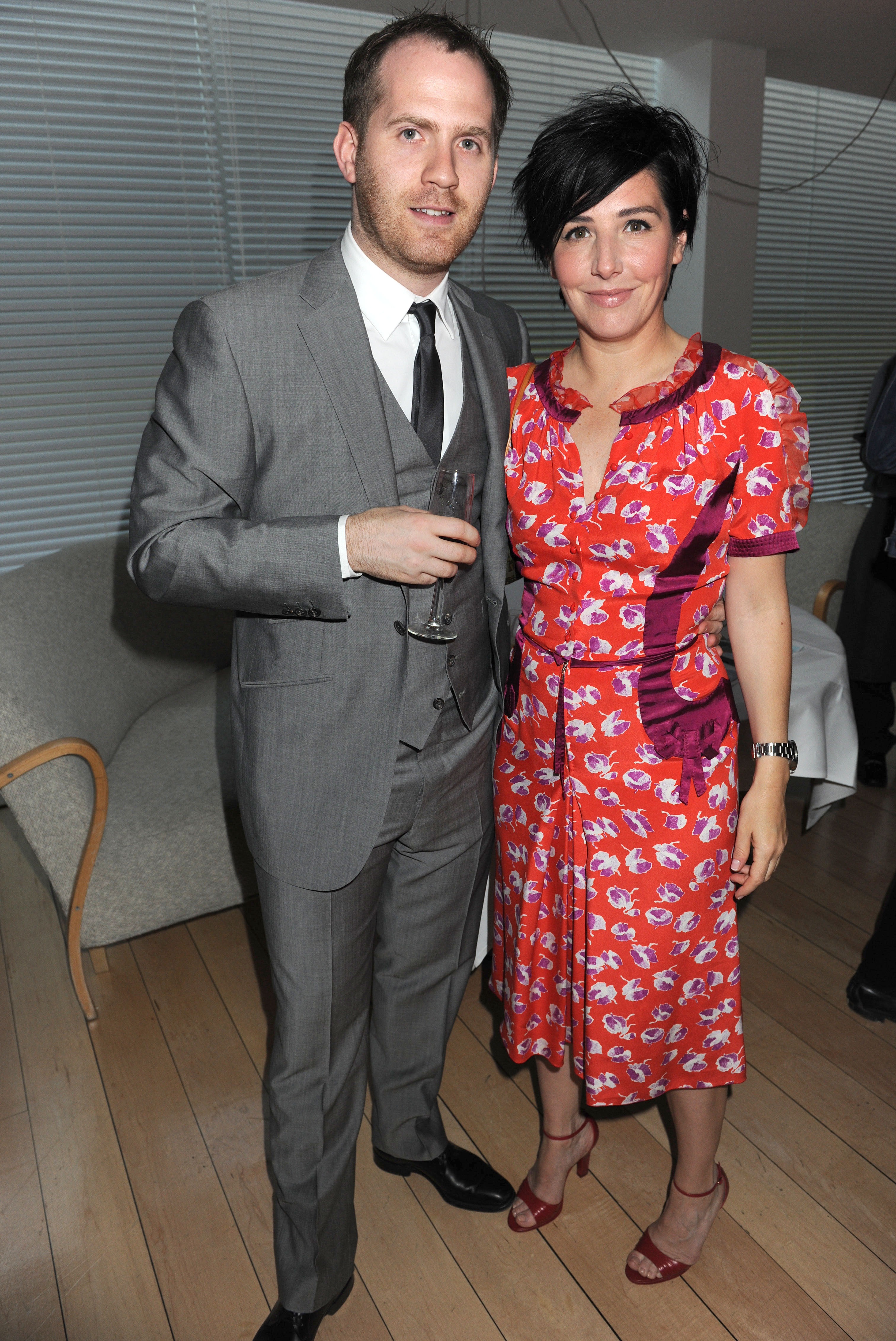 What are your hopes for the future – for you, Texas, Scotland, the world?

My hopes are that we’ll have a hit record.

My hopes for Scotland is that it gets warmer and my hopes for the world are that we can come together instead of splitting apart. 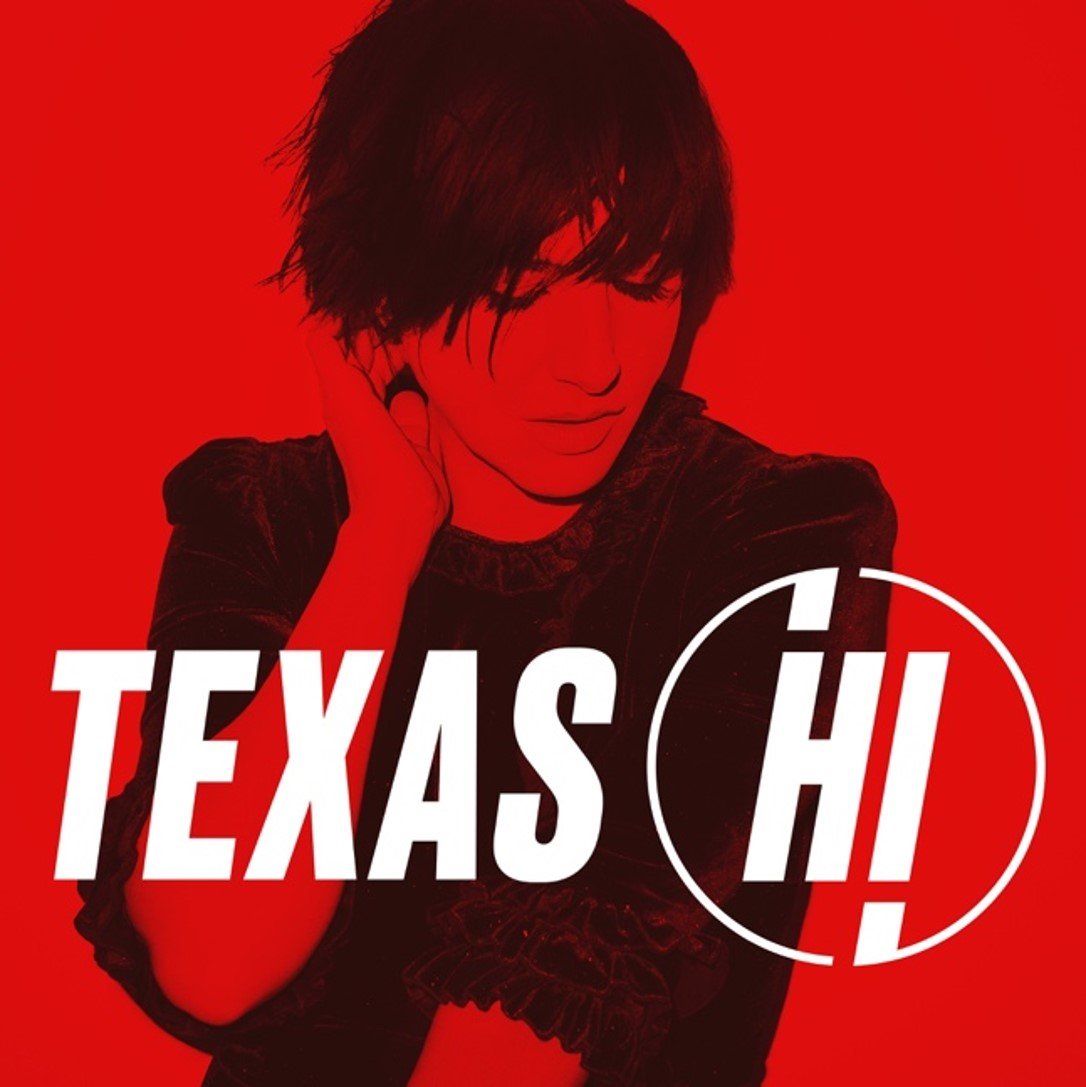