Home » TV and Movies » Thanks to Steven Ray Swanson, a DVD Copy of 'Firefly' Has Been to Space 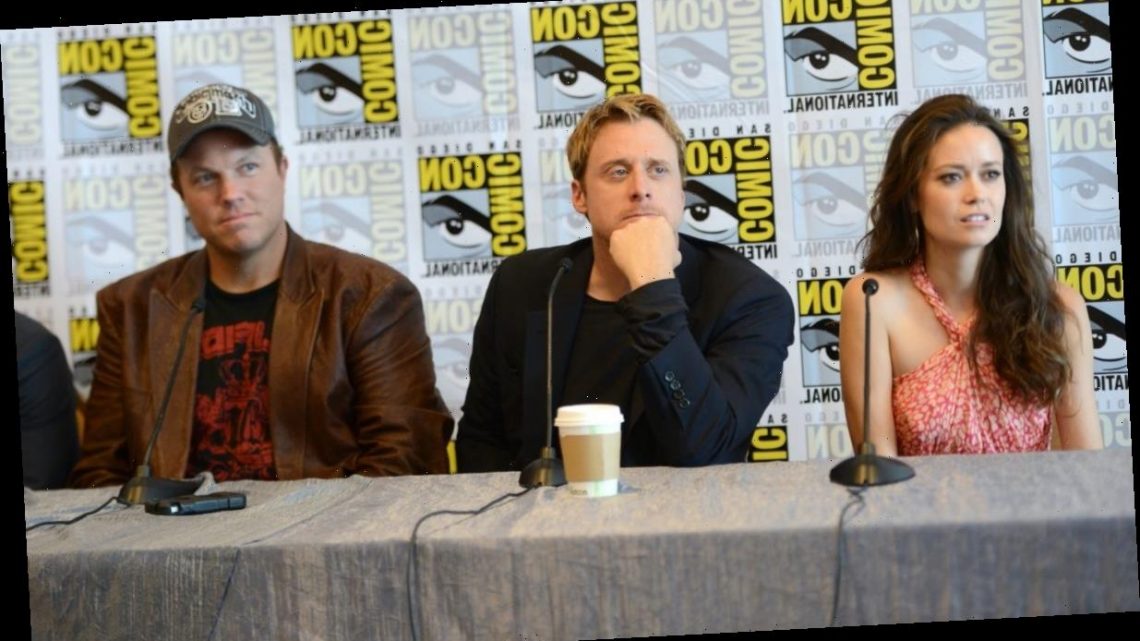 Thanks to Steven Ray Swanson, a DVD Copy of 'Firefly' Has Been to Space

Fox debuted Firefly back in September of 2002. The sci-fi production was set 500 years in the future, and many viewers instantly got hooked on the drama and adventure. However, unfortunately, the series didn’t last very long.

After just one season, Firefly was taken off the air. The show received a tremendous amount of positive reviews, but, ultimately, the network blamed it on weekly ratings. Despite its short lifespan, Firefly generated a large and loyal fan base, and Steven Ray Swanson was a part of it.  Take a look back at Firefly and find out how a DVD copy of the TV show ended up in space thanks to Swanson.

The cast and characters of ‘Firefly’

The talented cast was just part of the reason Firefly was so successful. Before he was on Castle and The Rookie, Nathan Fillion was on Firefly. His character, Captain Malcolm Reynolds, was best known for his high-ranking Browncoat status and for leading the ship Serenity.  Gina Torres played alongside Fillion as Zoë Washburne.

Rebecca Gayheart was originally selected to play Inara Serra in Firefly, but she was fired after only one day on set. Producers claimed Gayheart lacked the necessary chemistry. In the end, Morena Baccarin took her spot. Over the course of the series’ 14 episodes, Alan Tudyk, Adam Baldwin, and Sean Maher were some of the other talented individuals who appeared on Firefly.

The show’s most memorable moments

Joss Whedon, the creator of Firefly, has received a lot of praise for his work on the show and often talks about the hardship of having the series cancelled. In an interview with EW Whedon shared that Firefly‘s cancellation was heartbreaking, and he wasn’t the only one to feeling that way. Many fans and viewers were disappointed when they heard the news, but, fortunately, they still had season one to hold on to.

The premise of the show revolved around a group of humans exploring unknown and uncharted areas of the galaxy as the characters fought for their survival. It goes without saying that the episodes included action-packed episodes with visionary scenes. Many of fans’ favorite moments included Zoë and her trademark sense of humor. BuzzFeed‘s “19 Great Moments From “Firefly” That’ll Make You Curse The Day It Was Cancelled” pretty much sums up fans’ favorite content.

From Wash’s toy dinosaurs to River’s psychic reveal, there were a lot of memorable moments to take place on Fox’s brief but well-loved television series.

Firefly‘s abrupt cancellation left a lot of fans and viewers yearning for more closure. Luckily, two years after the show ended, Serenity debuted. The 2005 film told the story of Serenity’s crew as they worked to help River. The continuation of the television series gave many fans and viewers of the series the answers and endings they were looking for. Amongst the series pleased fans was Swanson.

Swanson, who is best-known for his astronomical endeavors, was a big fan of Firefly. He loved the show so much that he actually brought a DVD copy of Firefly to space with him in 2007. Of course, Swanson packed Serenity as well. Swanson’s actions and devotion to the show are the reason Firefly is officially a part of the International Space Stations’ library.

Science Fiction & Fantasy have shared photos of the well-known astronaut floating around in the spaceship with the Firefly‘s DVDs.