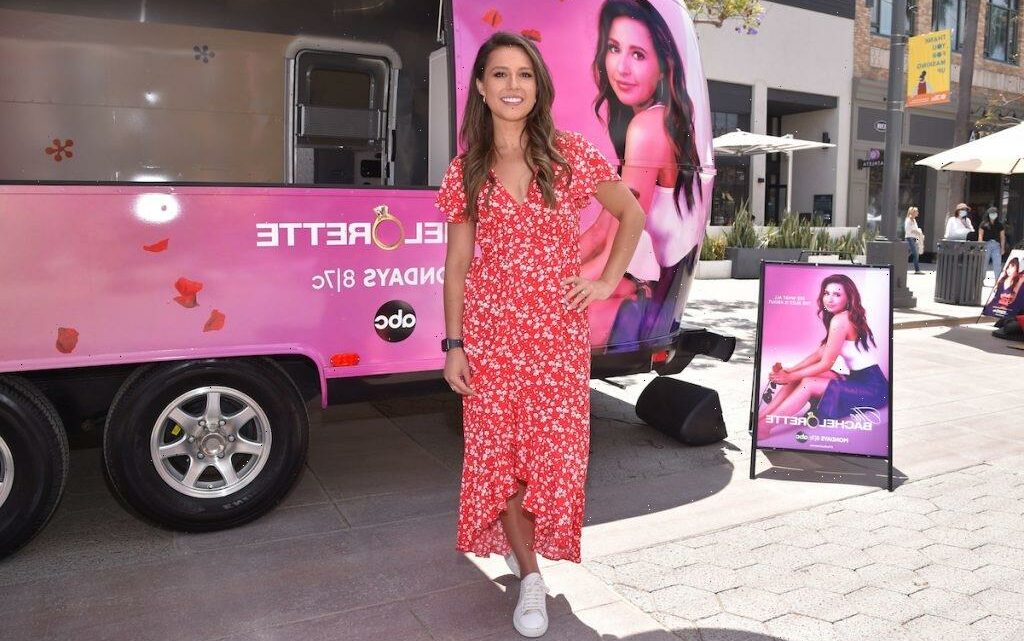 Stephen Carbone AKA Reality Steve just updated his spoilers for Katie Thurston’s season of The Bachelorette. The blogger had previously shared 3 out of 4 men he predicted would make it to the end. He has since changed 1 of those contestants and replaced it with 2 new additions. Here’s who he thinks will be the final men on Katie’s journey to find love.

The blogger had first written back on his website in mid-May that John Hersey, Blake Moynes, and Greg Grippo would be some of the final contenders on The Bachelorette. Reality Steve had also shared that Greg would receive the First Impression Rose on the first night of the season.

However, leading up to the premiere of The Bachelorette, Reality Steve has changed his predictions on who the Final 4 men might be.

Reality Steve tweeted and shared an Instagram post on his updated spoilers. He revealed that now his Final 4 predictions for The Bachelorette are: Greg, Blake, Justin Glaze, and Andrew Spencer. Neither Justin nor Andrew had been part of the blogger’s initial predictions.

The spoiler has yet to share who he thinks will be the final man on Katie’s season. But, he did reveal on his website who he knows is not the last man standing on The Bachelorette.

Reality Steve formerly included John Hersey in the Final 4, but he did not make it that far on ‘The Bachelorette’

Among Reality Steve’s former final 4 included contestant John from San Diego, California. Katie seemed to be playing with the incorrect spoiler prediction by showing a picture of herself at the alleged bar John works at, Duke’s in La Jolla, San Diego.

Many fans were speculating that this meant Katie chose John in the end — but clearly, she’s not letting people in on her secrets for her season just yet.

However, Katie did reveal that she messaged a former Bachelor Nation member via Instagram DMs in 2016. She sent a slew of supportive messages to now co-host Kaitlyn Bristowe, per Reddit.

“I want you to know you are beautiful both inside and out,” Katie wrote. “You’ve been my favorite and I enjoyed watching your journey and seeing glimpses of it now.”

“There is nothing to gain by bringing someone down unless it’s only to make one feel better about themselves,” she continued. “From one woman to another, stay strong. Don’t let them take off your crown. The storm will pass and you will have your rainbow.”

Katie concluded: “Life has now come full circle with her helping me along the way during my struggles and sadness. Always been a believe of women supporting women. I’m excited for you all to see what that looks like — starting tonight!”

The Bachelorette premieres on Monday, June 7 at 8 p.m. EST on ABC.