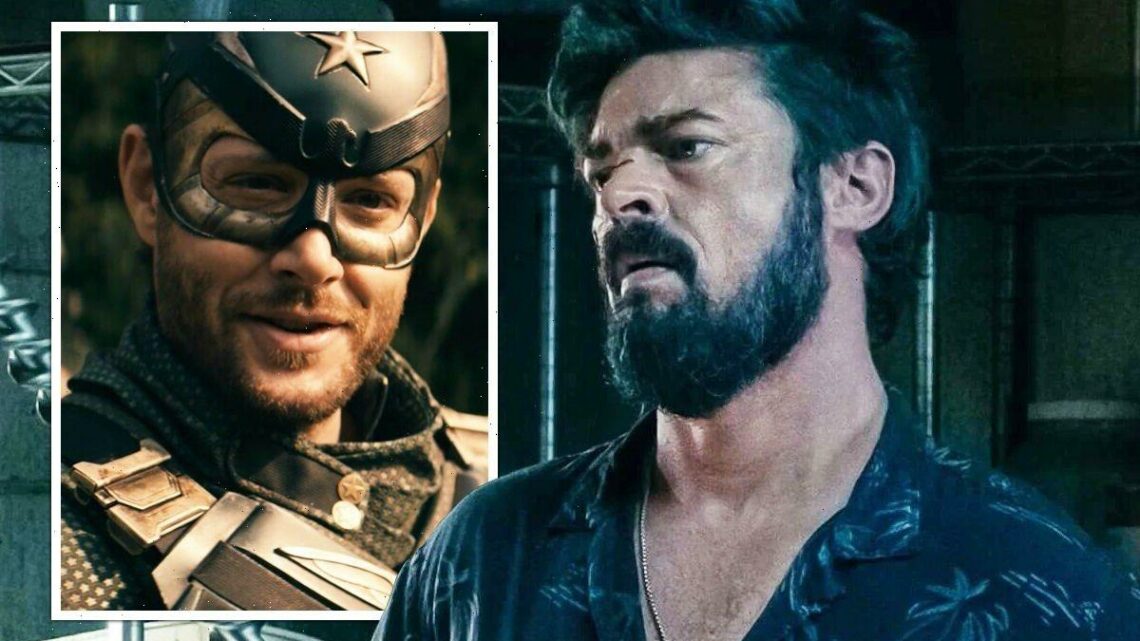 The Boys showrunner Eric Kripke has re-teamed with Supernatural co-lead Jensen Ackles after working together for 15 years on the hit CW fantasy series. Jensen now takes on a completely different role as out-of-time superhero Soldier Boy, and star of the Amazon Prime Video drama Karl Urban has heaped praise on one of the best new additions to the ensemble cast to date when they both spoke to Express.co.uk.

Star Trek star Karl has named Jensen one of the best new cast members after impressing The Boys’ team on the set of season three.

The dark superhero parody has introduced a number of heroes and villains over the years, but Jensen’s Soldier Boy may be one of its most complex and compelling new additions to date.

“Jensen was such a fantastic addition to the cast,” Karl told Express.co.uk.

“He came in and was immediately embraced by the entire cast.”

After being known as monster-hunter Dean Winchester for a decade and a half, the newcomer stunned The Boys star with his take on a completely different performance to what Supernatural fans have gotten used to.

Karl recalled: “[It] was pretty quickly established that he was a heavy-hitter on set.”

Jensen’s reputation clearly preceded him thanks to showrunner Eric’s wealth of experience working with the actor on their previous show for The CW.

“I think that everybody was actually really excited to work with him,” the Billy Butcher star went on.”

“Whether he’s aware of it or not, he really helped raise everybody’s level.

“And he really has the ability to identify what is a weakness or a problem and then turn it into a strength.”

He finished his tribute: “We were so blessed to have him on our show, and I’m super excited for audiences to see what he’s done.”

Fans of the series have just seen a glimpse of Soldier Boy’s story so far as part of his backstory during the Cold War was revealed in the final part of Friday’s three-episode premiere.

However, there is plenty more to look forward to once Jensen’s powerful Supe emerges in the present day to become either a valuable ally or dangerous foe for Billy’s task force.

Previewing the rest of the season, Jensen explained: “What you guys haven’t seen in the next few episodes are some of my favourite scenes, certainly that I did throughout the whole season three.

“It’s a quiet scene. But it’s in those quiet scenes that I feel like you really get a sense of who these characters are.”

“You really get to peel back those layers, and then it becomes more personal to the audience.

“Having a scene partner like Karl just makes it much richer.”

Viewers have already been grossed out and blown away by the beginning of season three, and The Boys has plenty more surprises in store once Soldier Boy officially joins the fold.

In Melbourne’s west, a new frontier for the arts is finding its power