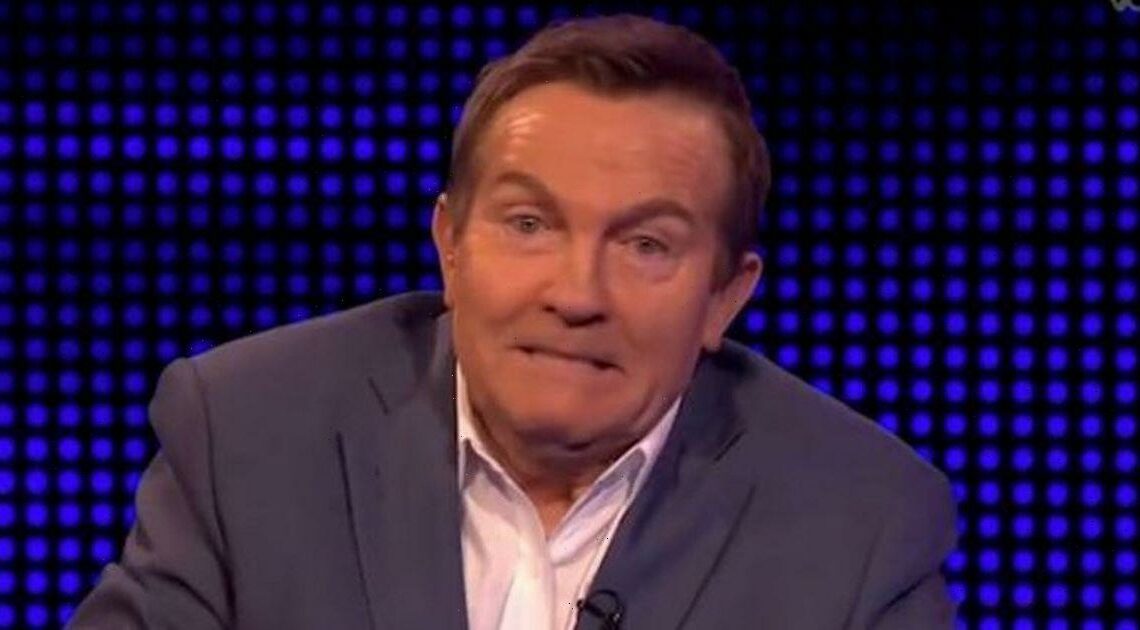 During Thursday’s (May 5) instalment of the popular daytime show former Coronation Street star Bradley Walsh welcomed four new players onto the show as they battled it out to take home the enviable cash prize.

As viewers tuned in for the primetime show, the TV host welcomed Dominic, Georgina, Janet and Leroy as they put their general knowledge to the test when they took on Paul ‘The Sinhaman’ Sinha.

But viewers couldn’t help but call out the ridiculous questions the contestants were bombarded with after Janet struggled to add to the jackpot after a series of difficult questions.

Bradders asked the contestant and professional quizzer: “What is the approximate weight of the Earth in kilograms?”

Baffled by the difficult question, Janet took a complete guess, but luck was not on her side after she incorrectly selected: “Six sextillions.”

The TV host said: “I don’t even know what that even means. The correct answer is six septillions. Fancy not knowing that.”

But he was stunned as chaser Paul correctly answered the question, but even the Chaser admitted that it was a guess.

Paul added: “It was of three choices and I went for the highest. There is no wow about it – it was a complete guess.”

Curious, Bradley asked the genius: “How would you work out the weight of anything like that?” But Sinhaman was just as stumped as the host as he replied: “Oh I don’t know.”

And fans soon flooded to Twitter to share their outrage at the “impossible” question on social media as they argued the four contestants had no chance at succeeding in the show.

One user penned: “The Chase rolling out the impossible questions stop any progress. It’s so blatant #TheChase.”

Another agreed: “How the holy hell was Janet supposed to know the weight of the earth???? Pop it on a pair of kitchen scales???? Ridiculous #thechase bring her back. Questions are supposed to be factual not estimated claptrap!”

A third penned: “Janet was done up like a kipper those questions were totally guessing ones #TheChase.”

The Chase airs weekdays at 5pm on ITV and the ITB Hub.