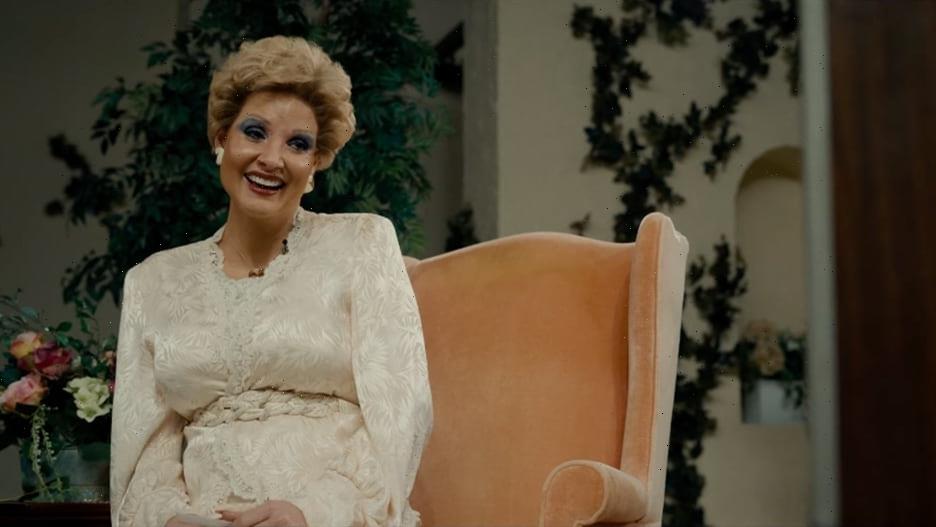 Chastain is nearly unrecognizable in those massive lashes

The first trailer for “The Eyes of Tammy Faye” has arrived, and no, your eyes aren’t deceiving you. That’s really Jessica Chastain and Andrew Garfield, looking entirely transformed into Tammy Faye and Jim Bakker, respectively.

The biopic, inspired by the documentary of the same name, will tell the story of the infamous couple that hosted the television program “The PTL Club” and developed Heritage USA, a now-defunct Christian theme park in Fort Mill, South Carolina. Jim Bakker later was indicted, convicted and imprisoned on numerous counts of fraud and conspiracy. The couple divorced, and Tammy Faye married Roe Messner. She was then diagnosed with colon cancer in 1996 and died of the disease in 2007.

The trailer starts like any good story does — at the beginning. Here, Chastain still looks like herself, albeit with jet black hair. She arrives at her mother’s door to introduce her new husband, Jim Bakker, played by Andrew Garfield. From there, we get a crash course in the trajectory of the Bakker’s lives, leading all the way up to their fame as prominent televangelists.

Slowly but surely, Chastain goes from her typical self to the heavily made-up Tammy Faye, jumping through hairstyle and colors through the decades. By the end of the trailer, the Oscar-winner is near unrecognizable, though a spitting image of Tammy Faye Bakker.

Of course, the movie will also show the pair’s ultimate downfall due to a sex scandal. The trailer shows glimpses of Tammy Faye’s use of pills, the struggles in their marriage, and hints of the fraud that Jim Bakker was eventually convicted of.

“The Eyes of Tammy Faye” opens September 7. You can watch the full trailer above.

'AGT': Boy Band Korean Soul Gets a Standing Ovation for 'Super Silky Smooth' Cover of 'All My Life' (Video)